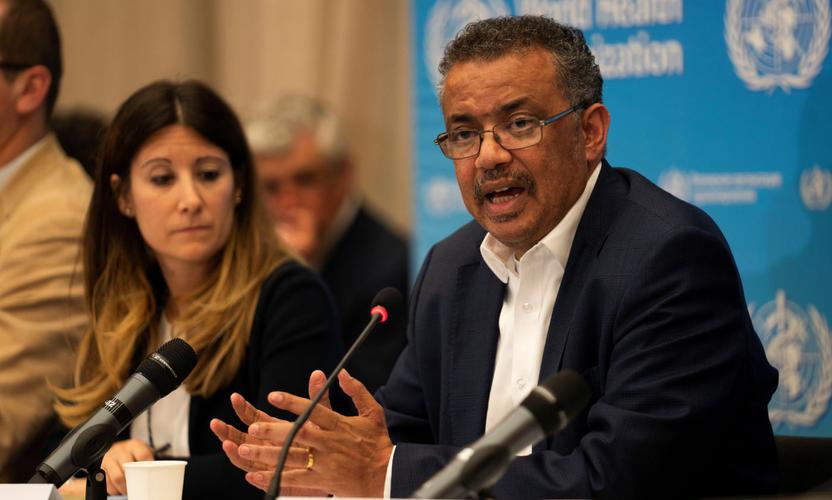 The coronavirus outbreak continues to escalate, with more than 200 deaths in China and nearly 10,000 confirmed cases worldwide as of 31 January. The World Health Organisation (WHO) on 30 January called it a "public health emergency of international concern" but said that China’s response so far should “reverse the tide” of the virus’s spread. Already, countries and regions including the US, Japan, and even Hong Kong, are discouraging citizens from travelling to the Chinese mainland.

Fidelity’s portfolio managers in Asia have shared their views on what this means for investors. At the same time, our 160 analysts across Asia and around the world collectively cover thousands of companies whose businesses will potentially be impacted by the fallout from the outbreak.

Below, several of our equity analysts outline impact scenarios for their sectors (primarily in China and Hong Kong) and draw possible lessons from the 2003 SARS epidemic. While the situation is developing rapidly, in the broadest terms, we expect any impact on individual sectors to be short-lived if the Chinese government steps up economic support. However, it’s worth noting the key differences between this latest novel coronavirus and SARS, as well as the limits of the comparison.

Within consumer discretionary, the most affected areas include hotels, travel and offline retail. Inter-city and cross-region travel, both business and leisure, will be kept to a minimum. China’s hotel industry has been going through a down cycle. The virus will delay any recovery that the market had hoped for with an improving macro outlook.

Offline retail will see significant impact as consumers choose to stay at home. However, companies with higher online exposure can mitigate this. In fact, the current epidemic should speed up the development of new business models such as online grocery delivery and online education.
Within retail, hypermarkets and supermarkets are holding firm and have been taking market share from wet markets, restaurants and food delivery services. Online grocery delivery is thriving with many service providers operating at full capacity.

As for education, after-school tutoring service providers are making great efforts to move classes online. Some companies have used this as a marketing tool, giving away online classes for free, especially to students in Wuhan and Hebei Province.

In my view, the virus outbreak may prove to be a relatively short-term disruption. Based on experience, once this goes away, demand will instantly come back at full strength, if not stronger. And compared to SARS in 2003, online plays a much more important role in sectors such as retail and education, which should provide some cushion.

Clearly, in the short term, the coronavirus will have a very negative impact on commodity demand. This is likely to disappoint significantly against what had been a pretty constructive back drop pre-virus. We are seeing those kind of demand expectations impact commodities across the board with significant weakness in iron ore and copper.

The impact on China’s Q1 GDP and China’s need to maintain a reasonable level of growth make it extremely likely that the existing mild fiscal and monetary stimulus will be ramped up materially in order to promote the same quick demand rebound as we saw with SARS in 2003. Large scale fiscal stimulus has historically been very positive for the mining sector.

But stimulus cannot commence until the spread of the virus is under control. We have studied market reaction to SARS which suggests the buying opportunity isn’t immediate but, for the brave, comes as the virus shows signs of peaking. So it is important to be driven by the data rather than just buy into weakness.

Beyond the headlines, we will need to wait for more information as to the extent that China’s supply side for, say, steel is restricted, as well as demand, the impact on China’s inventory levels and whether this leads to changes in China’s attitude to the environment and supply side reform. We are tracking the data to be able to form a view as the situation evolves.

Although it is difficult to gauge the length or severity of the virus, we don’t expect a significant impact on global technology demand. Supply chain disruption is also not a major risk, as Wuhan is not a significant base for tech production.

The biggest technology purchase for most Chinese consumers in 2020 will probably be an upgrade to a 5G smartphone. If the virus affects this demand, it is more likely to be a deferral rather than a destruction of demand. Additionally, given that the epicentre of the outbreak is Wuhan, which has no 5G coverage yet (and barely any 4G+), the impact there will be minimal.

The sector’s performance will depend more on continued upward revisions of earnings estimates rather than the virus, with the sector having significantly outperformed during the SARS epidemic. If we look at the TWSE Index (Taiwan stocks) as a proxy, there was no noticeable decline in monthly revenue back then.

But one key difference with SARS was the point in the cycle at which it occurred. The tech sector had been in a three-year downturn after the tech bubble burst in 2000. Today, the sector is more expensive, but the key to outperformance will remain the ability for earnings estimates to be revised up rather than the impact of the virus.

In 2003, the SARS outbreak (and the Iraq War) eventually gave way to a defensive rally but it lasted only two months, ending when the WHO first removed its travel advisory restrictions on Toronto in May, followed by Singapore. After the WHO declared SARS was contained globally in July, markets rallied strongly. The end of the first phase of the Iraq War also encouraged the market to be risk-on. But, given that the number of patients infected by the Wuhan coronavirus already exceeds that of SARS, the negative effects could last longer.

Back then, the situation differed significantly market by market. This indicates even in a defensive rally, we must be very selective. From a regional perspective, mainland China telecom stocks are likely to be more adversely affected than other regions. Also, Hong Kong names could be affected by lower traffic from China in the form of lower business activity on the broadband side and softer inbound roaming revenue.

The outbreak of the Wuhan coronavirus disrupted the Hong Kong property sector’s recovery from the previous violent protests. I remain underweight the sector. The exception is residential, where the demand is delayed but not diminished, and slowing construction activity would further restrict supply.

Based on the SARS experience, the market re-rated Hong Kong’s property stocks when new cases of the infection started to decline three months after the outbreak began. Given the government’s rapid response this time, I don’t expect property stocks to fare much worse than in October and November 2019 when violent protests were at their peak.

Mass retail, especially food and drink, will be hit hard, as people stay at home and rising unemployment affects everyday shopping the most. More struggling tenants may decide to exit leases or demand rental concessions, which is negative for retail landlords. This is an additional blow on top of the impact from the extended protests, and I consider it hard for Hong Kong retail landlord valuations to return to pre-protest levels. Office landlords also face softening demand following a cycle peak, but those with decentralised locations will fare better as companies seek cheaper options.

In contrast to Hong Kong, mainland China’s property market has a more upbeat outlook due to a stronger macro backdrop, and I remain slightly overweight for the full year. If the rate of newly confirmed coronavirus cases can drop within the next two to three months, the impact on China developers will be limited. From a government policy perspective, it is more likely for policy to loosen than tighten.

If the outbreak cannot be effectively contained by Q2, the scenario needs re-evaluation and China property stocks may perform worse than expected. However, I consider this to be low probability, and it does not change my consolidation and policy easing thesis.