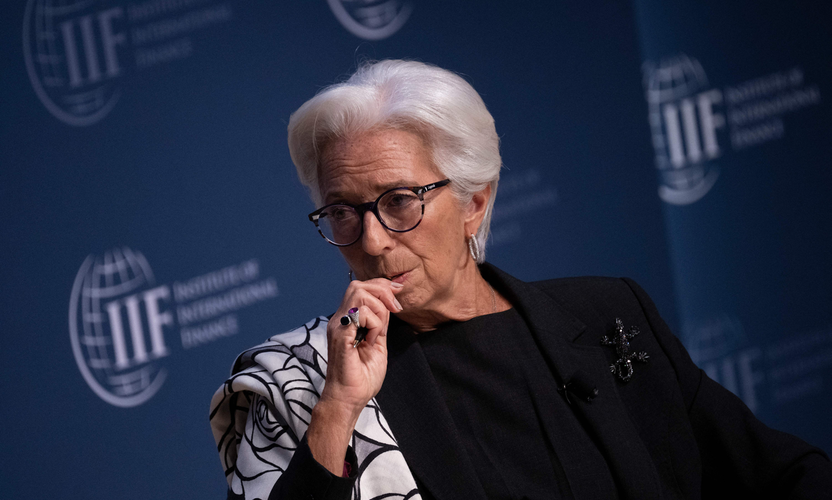 At its October meeting, the European Central Bank (ECB) hiked all three policy rates by 75bp, in line with expectations. The main changes in the statement were the removal of the forward guidance that rate hikes would continue to happen over the “next several meetings”, and the declaration that the Governing Council had made “substantial progress” towards withdrawing policy accommodation.

The ECB also altered the terms of its third TLTRO loans programme by raising the rate banks are charged for this funding to the average of the ECB’s three policy rates, as well as changing the rate at which minimum reserves held by banks would be renumerated from its main refinancing rate to the (lower) deposit rate. Whilst President Lagarde repeatedly emphasised that the change in TLTRO terms was about normalising monetary policy, both these changes are likely to reduce the profits banks make on liquidity they hold at the ECB.

Whilst she stated there was “still ground to cover” in the interest rate normalisation process, and that the terminal rate would likely be higher than the neutral rate, she said the council was “turning [its] back to forward guidance” and was moving to a meeting-by-meeting approach to setting interest rates.

She also emphasised that the bank's decisions would be data and outlook dependent, stating that recession was “looming much more on the horizon” in the Euro Area. This approach contrasts with the Fed’s, which has been much more singularly focused on (backward-looking) inflation data. President Lagarde’s commentary wasn’t entirely dovish though, stating that the council had to balance the risk of recession with the reality of inflation.

With today's decision widely expected, the main focus for markets was on the rate trajectory and any quantitative tightening decisions from here. This dovish shift in rhetoric vis-à-vis the forward trajectory, was in line with our expectations coming into this meeting. It seems to us that President Lagarde and the Governing Council may well have been spooked by the most recent set of PMI data, which saw big negative surprises to the downside versus consensus, particularly for manufacturing, and suggests the Euro Area is on the brink of recession. As the global energy crisis unfolds, with Europe bearing the brunt, the ECB's window of opportunity for aggressive frontloading of policy tightening is shrinking rapidly.

Today's move is likely to be the last 'jumbo' hike in this cycle, to be followed by smaller rate increases and an earlier pause - or indeed abandonment of tightening - compared to current market expectations. Given the multiple moving parts, uncertainty around the European macro outlook remains highly elevated and will crucially depend on the size and composition of fiscal responses, which - together with developments in the euro and peripheral spreads - will shape the bank’s path from here.

We remain underweight equities and credit but have recently reduced our duration underweight by adding to government bonds from cash. Within equity regions, we maintain our underweight to Europe given the recession risk stemming from continued energy disruptions and the ECB's policy tightening.