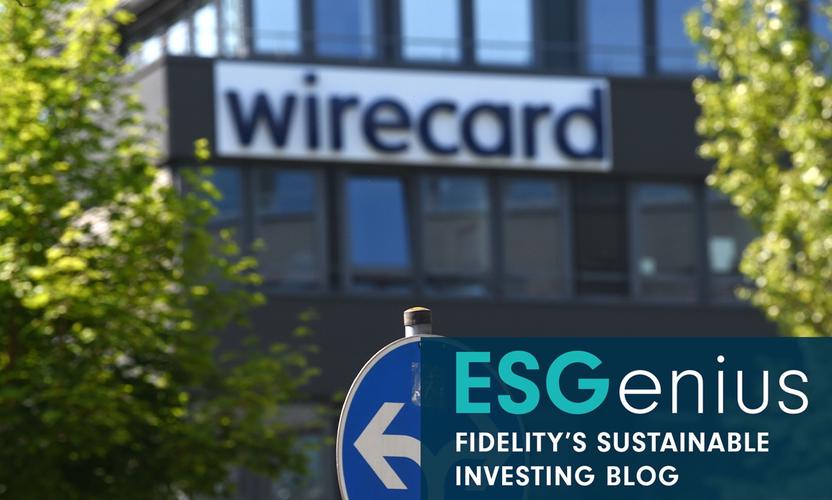 On paper, Wirecard looked like a dream business: fast growing, profitable and with exposure to some of the most attractive end markets in the payments sector - online, small to medium-sized businesses and cross-border activity. Payments processing is an expanding industry benefitting from the shift to digital transactions, and Wirecard had built a roster of well-known clients including ALDI, Singapore Airlines, Credit Agricole and IKEA. That profile made Wirecard one of the few tech champions in the DAX 30 index of leading Germany-listed companies.

Since 2014, Wirecard’s reported revenues quadrupled, earnings trebled, and its net cash position consistently grew, making its shareholders three times richer up to the middle of June 2020. But its sums failed to add up and the company has had a spectacular fall over the past few weeks. Investors who held the stock over the five years until 6 July would have lost over 90 per cent of their original investment.

As a semiconductor and payments analyst, my job is to not only spot the great companies to buy but also those to avoid, and to alert Fidelity’s portfolio managers to the differences between the two groups. Wirecard fell into the latter category.

I’ve covered Wirecard for two years and maintained the view that while it has some appealing characteristics, the risks around its governance and accounting were too great. Its financial statements didn’t support the narrative from the company, and I questioned the sustainability of its growth. While Wirecard appears to have received a middling grade from several other sustainability ratings providers, Fidelity’s own proprietary environmental, social and governance (ESG) ratings accurately reflected the risks from early on. I put a rock-bottom ESG rating on the company in September of last year.

In another more recent example of why it pays to do your own ESG due diligence, this week shares in London-listed fast fashion firm Boohoo Group sold off sharply after allegations emerged one of its suppliers was underpaying workers. While details in the latest case remain somewhat unclear, Fidelity analyst Serhat Birbilen has had a near-bottom ESG score on Boohoo since last year.

For me, one red flag was that Wirecard depended heavily on acquisitions for its expansion, which can create risks if they are not creating value for shareholders. In 2011, Wirecard started bolstering its organic growth by using M&A, and by 2017 that was the largest source of growth. Between 2011 and 2017, Wirecard increased spending on acquisitions by an annual rate of 57 per cent, which in turn grew revenues by 27-34 per cent. Such a demanding growth rate is challenging to maintain in itself, but given management compensation was not aligned to the quality of acquisitions, the chances were that acquisitions would deteriorate over time. To test that view, I travelled to India to research one of the businesses they acquired, and concluded Wirecard had significantly overpaid, indicating poor capital allocation.

The management and reporting of cash flow were also difficult to reconcile. Debt was continually raised despite no clear need for it according to its financial statements. The company made adjustments to the cash balance that were not logical and could be potentially misleading; I found the cash flow impossible to replicate given the accounting rules they were following. While Wirecard reported a net cash position of €1.6 billion in 2018, I considered the company as less cash generative than it appeared and concluded it had a net debt position.

These issues around Wirecard’s growth strategy and accounting were evident in 2018 and when I questioned management about them, I received unsatisfactory answers. I also cross-checked my impressions by talking to merchants and competitors which indicated that their growth story was not as clear cut as Wirecard management tried to make it seem. As a result, I gave the company a negative rating (including, as mentioned, the lowest ESG score) long before the accounting scandal broke in June.

In general, payments processing is a growing and profitable sector and a number of companies in the industry have performed well. But Wirecard is an example of how there can be pitfalls even within an attractive sector. Diligent research and conviction-based investing can reward investors by helping them avoid companies that appear lucrative on the surface but in reality may hide deep-rooted problems.