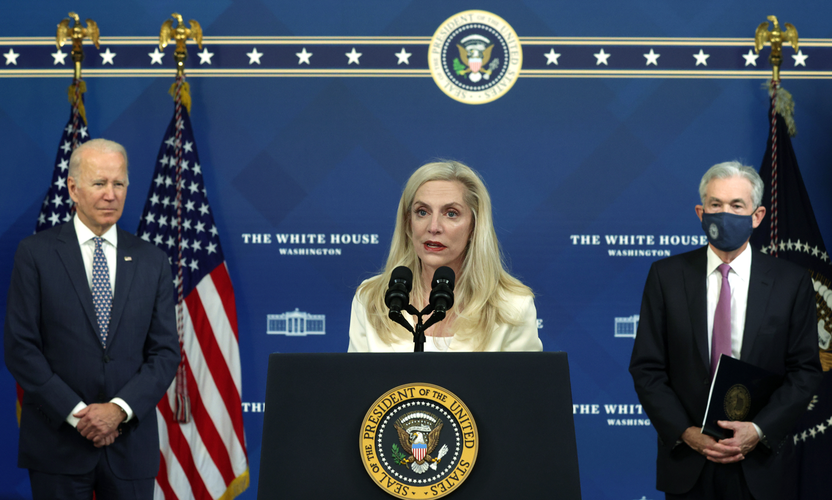 At its December meeting, the Federal Reserve made a clear shift towards acknowledging the inflationary threat, after US CPI inflation hit 6.8 per cent in November amid a continuing strong recovery from the pandemic and supply chain issues.

Chairman Powell had already telegraphed the dropping of the ‘transitory’ reference to inflation, and yesterday the Fed quickened the pace of the taper to $30 billion a month, up from $15 billion previously. Meanwhile, the median Federal Open Markets Committee (FOMC) projection showed three rate hikes for 2022, and three more in 2023. In another mark-to-reality, the Fed said in its statement that the FOMC has judged that inflation has now exceeded its target “for some time“.

At the press conference, Powell stuck to the statement’s hawkish guns. He mentioned that “all” FOMC members now expect the Fed’s maximum employment test to be met in 2022 as the US job recovery continues, making room for more hikes than had been previously pencilled in.

Furthermore, he said that there is a “real risk” of high inflation becoming entrenched and argued that economic agents are likely to be able to cope with the emergence of the new Omicron Covid-19 variant. Additionally, when questioned about the maximum employment goal, Powell repeatedly came back to the idea of short- vs long-term maximum employment, suggesting the hurdle for that goal to be met may well be lowering. Finally, Powell made a link between employment and high inflation, saying that a strong labour market requires price stability.

The doubling of the taper pace was fully expected and makes sense as it gives the Fed maximum optionality around when to start hiking rates. The median projection of three hikes in 2022 is more aggressive than the market had been pricing in ahead of the meeting and could be suggestive of a Fed finally trying to get ahead of the inflation curve.

Additionally, Powell’s re-shaping of the maximum employment concept during the press conference to make a distinction between the long and the short run is an important hawkish nuance that will allow the FOMC to start hiking rates much sooner than if they had stuck to the long-run concept. Overall, Powell’s messaging during the press conference reiterated and arguably strengthened the hawkish pivot that came out of the changes in the statement and Summary of Economic Projections.

While this is a clear shift towards acknowledging the inflationary threat that we have been highlighting for some time now, we think three hikes next year will be a challenge. Heavy debt burdens and the need for policy makers to maintain negative real rates in order to service those debts means the Fed will institutionally remain one step behind the inflation curve. This is the Catch-22 for Fed policy makers heading into next year, and means the scope for policy mistakes is now the highest since the start of the pandemic.