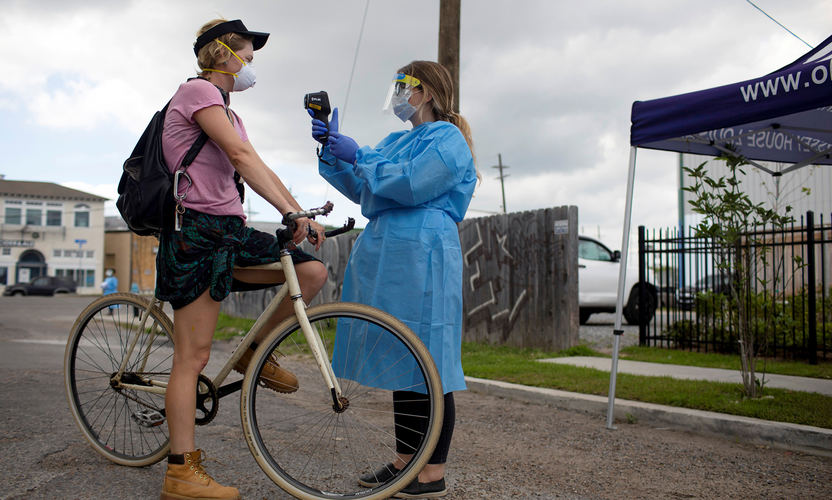 Lockdowns due to Covid-19 have led to an unprecedented collapse in economic activity, provoking different fiscal responses across developed and emerging markets. Quarter-on-quarter, the hit to annualised global growth in Q2 could be as high as -40 per cent in most developed markets. We expect it to be less in emerging markets for the moment, but to a similar degree later on.

“This is a much more dramatic decline than during the financial crisis in 2008,” says Anna Stupnytska, Head of Global Macro and Investment Strategy, “And in some respects, it is closer to the Great Depression, though our base case is that this will not lead to another Great Depression.”

In terms of the recovery, however, we believe that it will be quite slow. Activity is unlikely to revert to previous levels until the virus has passed, which could be sometime next year. It will also depend on the effectiveness of containment measures to prevent subsequent waves of infection and the extent of policy initiatives designed to counter the impact on businesses. Consumer and corporate behaviour too will play a role in how soon activity picks up.

Our base case for 2020, therefore, is -1.7 per cent for global GDP growth, to which we have assigned a 60 per cent probability with risks clearly skewed to the downside. We expect most developed markets to be in recession for the remainder of the year, and potentially many emerging markets as well, except for India and China.

If economies stay in lockdown or partial lockdown for an extended period, we see a downside case of around -5 per cent global growth, to which we assign a probability of 30 per cent. Under this scenario, governments fail to control the outbreak, meaning a second and possibly third wave of infections, with the accompanying fiscal and monetary support proving insufficient. Such an outcome would have parallels with the Great Depression.

Our upside case, with the smallest probability at 10 per cent, is that GDP growth will be close to zero. This is based on a best-case scenario of mass testing and tracing to control the pandemic that, in turn, allows some restrictions to be lifted. Combined with the huge global policy effort, this could allow for a deep, sharp shock followed by a fast recovery.

What we are watching

To help us determine the likelihood of each scenario, and how they evolve, we are closely watching a number of indicators.

The first is keeping track of the availability of testing and the scale to which it can be deployed to help policymakers understand how many have been infected. This could allow those who have had the virus to return to work while the vulnerable remain protected in quarantine. We are also monitoring the use of tracing strategies and the development of therapeutics, and ultimately a vaccine, as business cannot fully return to normal without one.

Finally, we are watching exit strategies around the world that could provide a template for major developed markets; and the patterns of activity in countries attempting to emerge from lockdown. These include studying consumer confidence, bank lending and labour markets, and high frequency indicators such as pollution levels, online job advertisements and commodity prices.

Fed moves to shore up businesses, but risks from fallout remain

We are also considering the impact of state support for businesses and workers. Last week, for example, the US Federal Reserve provided an additional $2.3 trillion in loans for small business and municipalities, on top of the monetary and fiscal stimulus already being provided. The Fed has also broadened its asset buying programme to include high yield ETFs, in addition to the previously announced inclusion of investment grade corporate bonds.

“They are buying assets that, even a month ago, no one would have expected them to,” says Stupnytska, “This is very different to 08/09 when they bought only government bonds and mortgage-backed securities.”

It raises the possibility the Fed will buy other assets. The Bank of Japan has been buying equity ETFs in recent years, though this is has proved controversial. We think it is unlikely that the Fed will start buying equities, as it already has a huge asset base to purchase from. But it has signalled that it is prepared to do whatever it takes to stabilise the corporate sector. Fed action has reduced tail risks in debt markets, but cannot eliminate the cyclical risks of global economic and social fallout from the virus.

While the US has led its peers in terms of the size of its stimulus package, at around 8 per cent of GDP, other developed markets have so far done more in policy terms than emerging markets.

Global fiscal easing has been in the order of 5 per cent of global GDP. Developed markets have typically spent around 6 per cent of GDP, and emerging markets around 3.5 per cent. It is possible that several emerging markets will need additional help from richer countries and the World Bank to get through the crisis.

“The challenge of how we get back to phased levels of activity remains. There may well be further levels of stimulus required, depending on how long the loss of activity and income lasts, to give a tailwind to the recovery, but at this stage it is still very difficult to tell how long or what the cost will be,” says Andrew McCaffery, Global Chief Investment Officer.

A degree of caution

Given the uncertainty surrounding the full social and economic impact of the virus and the effects of the possible counter measures, we believe that a degree of caution is warranted.

“In terms of the three scenarios outlined above, it is a sensible path to think through the implications of each and then have that reflected across portfolios. So you have a degree of protection perhaps through the asset class mix, but also some exposure to companies that can benefit from a v-shaped recovery or a gradual improvement in growth,” says McCaffery.

Due to central banks’ purchase programmes, there are also opportunities emerging in specific parts of the investment grade and high yield market where the risk/reward ratios of investing in individual companies with strong balance sheets appear attractive. But it is too early to make big calls on adding risk across the board.

Markets are currently pricing in our rough base case, though are a bit optimistic as of today, in our view. At some point, they will start to focus on much weaker macro data and earnings guidance, which could prompt a pullback. The latest Fidelity Analyst Pulse Survey showed our analysts were bracing for a 44 per cent earnings cut on average at their companies for FY 2020.

Despite the desperate desire of countries to exit this crisis, perhaps even without the full underpinning of testing and tracing in place, it could be many weeks, if not months, before the infection is stamped out, meaning that significant challenges still lie ahead for the global economy.