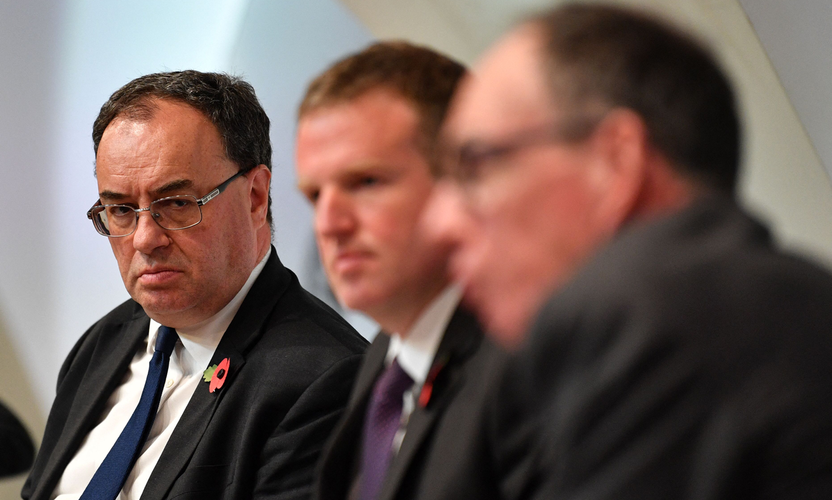 Governor Andrew Bailey surprised markets on Tuesday by reiterating that the Bank of England (BoE) would end its emergency bond-buying this week. We believe Governor Bailey’s comments reflect dissatisfaction with the low level of take-up by those involved in the operation of liability-driven investment strategies (LDI), which have been at the centre of the UK’s recent gilt market volatility. A timebound message, however, makes it harder for the Bank to maintain credibility and durably calm markets.

UK pension funds have used LDI strategies over the past decade to match their liabilities under defined benefit schemes, in some cases leveraging heavily to close the funding gaps in some schemes. This worked well under a regime of ultra-low interest rates but is generating startling volatility as rates climb.

On the one hand, the rise in yields has reduced the value of pension scheme liabilities. In the longer run this is a big gain for an industry that has struggled with the ultra-low yields of the past decade. We also believe that the industry is probably in a better place than it was during the initial sell-off two weeks ago.

“For the short term all of this makes the outlook quite uncertain, but longer term it should take some of the sector’s risks away,” says Fidelity portfolio manager Sajiv Vaid.

But the drastic rise in gilt yields following the Chancellor’s mini budget, along with market moves since, mean that funds are still striving to raise cash collateral to meet margin calls. Many funds did not have that cash to hand, so they have looked to sell assets as quickly as possible, turning first to gilts as their most liquid holdings.

The Bank’s bond buying programme initially relieved the immediate pressure on pension funds to raise collateral. But Governor Bailey now appears to be setting a hard deadline designed to kick them into action and further reduce leverage in the sector. The Bank’s ultimate goal is to fight inflation; to that end it still plans to start quantitative tightening on 31 October.

“Current policy has become to sell bonds and simultaneously buy them,” says Tim Foster, who manages UK fixed income portfolios. “I think there are a lot of people in the market who would like them to put the quantitative tightening agenda to one side and put more focus on the financial stability issues.”

The Governor’s latest intervention has already seen more substantial take-up of the bond buying programme by funds seeking to raise additional collateral before the deadline. What happens next is much less clear. For the funds there is a vicious cycle in operation: raising collateral by selling assets at a discount, reducing the value of holdings, thus leading to the need for more collateral. Funds are likely to have used much of the first bond-based layers of the collateral waterfall they run under the strategies. Compared to the stress testing LDI houses did in the past, the current moves in gilt yields are extreme, and sales of other types of assets are likely to follow.

One broad concern is that this may just be the first example of unintended consequences stemming from the current aggressive interest rate path that the Federal Reserve, in particular, has embarked upon.

In the UK, there may be second-order effects of the LDI squeeze in other markets. The buck stops next with the corporates and others who are liable for the defined liability funds at the heart of the strategies. They have raised funds with corporate bond issues and asset sales to cover funding shortfalls in the past.

The insistence by Governor Bailey that this is a timebound programme of support for the market has proven disruptive and is starting to backfire. We think it is also now doubtful that the Bank can embark on quantitative tightening at all in the current environment without a broader U-turn from the UK government on the budget.

“Ultimately, the problem pension funds face now is not one of solvency - in theory, their solvency position has improved,” says Fidelity fixed income portfolio manager Ian Fishwick. “The problem is one of liquidity. It is up to the Bank to bridge the gap between a better funding ratio and the short-term liquidity squeeze facing LDI providers.”

Beyond that, the crunch has made clear that the Bank is in a fundamental bind on policy. Interest rates cannot rise to the levels of almost 6 per cent priced in by the market without more cracks appearing. And they must also, it seems clear, keep the programme of stability-driven bond-buying open-ended.