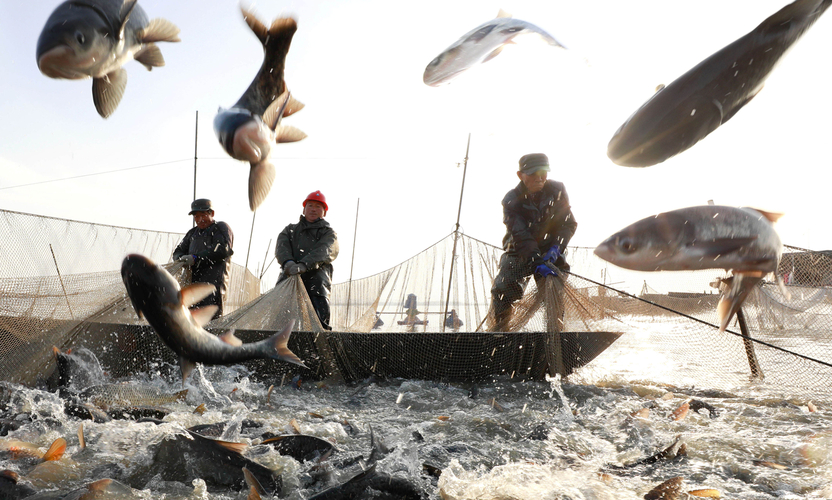 You’re woken by the sound of heavy machinery destroying your back garden. The men operating it neither know nor care that they are encroaching on your home. You know you can’t do anything to stop them, so you head to the kitchen to make breakfast, picking your way through the obstacle course of coffee cups and plastic bottles that strangers have dumped in your hall. On second thoughts you decide to skip breakfast. The latest heat wave has overpowered the motor in your fridge; the milk has soured.

This nightmare is what animals in the wild contend with as human activity continues to make unsustainable demands on nature. The complex interactions between natural capital (the water, soil, air, forests and oceans on which living beings rely) and biodiversity (the abundance and variety of species, genomes, and ecosystems) mean that what we do to other beings can end up harming our own environment too.

Take whaling. Reducing the number of whales interferes with one of nature’s biggest carbon capture processes. The average great whale will absorb around 33 tons of carbon dioxide over its lifetime. Left to die naturally, it will sink to seabed and sequester those emissions for centuries. But more than that, whale dung also helps fertilise phytoplankton, which captures an estimated 40 per cent of carbon dioxide emissions.[1] Fewer whales, hotter planet.

Biodiversity supports natural capital and natural capital supports biodiversity, with both providing humanity with ‘ecosystem services’: everything from climate regulation to nutrient cycling to clean water. But because nature provides these services for free, companies have traditionally had little economic incentive to care if their actions demand more from natural capital that it can sustainably supply.

The result is destruction of nature on at least as big a scale as climate change, destruction that exacerbates the climate threat, and vice versa, in a potentially catastrophic feedback loop. Impacts include mass deforestation, permanent loss of species, reduced crop variety due to insufficient pollination, soil fertility degradation, and more.

The penny is dropping that protecting biodiversity must involve fundamental changes to our daily lives. A combination of government action, changing consumer habits, pricing mechanisms, and nature itself will put a strain on existing business models. We also expect greater litigation risk for companies that have previously managed to bend or break rules without consequence, such as those engaged in illegal deforestation, as governments get more serious about protecting biodiversity.

But alongside these risks, the scale of investment needed also represents a huge opportunity. The UN Environment Programme estimates that meeting international commitments will require $8 trillion of cumulative investment in nature-based solutions between now and 2050.[2] Currently, the annual investment is $133 billion. Moreover, private capital accounts for just 14 per cent of the total. Compare that to climate finance, where private sources now account for more than half of all investment: there is a significant gap to be closed.

What solutions can you invest in?

Companies that focus on biodiversity solutions offer not only a hedge against the risks posed by biodiversity loss but also exposure to a diverse range of sectors with potential for growth.

More efficient agricultural methods, innovations such as vertical farming in cities, and alternatives to animal proteins are all ways to combat the adverse effects of changing land use. Fish farming can help mitigate overfishing, as can sustainable fish feed and reduced use of chemicals to treat farmed fish for sea lice. More heat efficient buildings and renewably powered transport are just two responses to mitigate climate change, and hence nature loss. Reduced packaging, increasing plastic recycling and use of biodegradable materials can help address pollution, as can reducing the use of chemicals in industry and agriculture or switching to less harmful formulations.

As well as solution providers, investors can also seek out best-in-class companies working to tackle biodiversity issues through research and development or their operations.

One example we have identified is an agricultural chemical company developing biologically friendly pesticides that avoid contamination of soil and water sources, and so help protect essential pollinators like bees, butterflies, moths and other insects, as well as predators that prey on pests. The worldwide loss of all pollinators would lead to an estimated drop in annual agricultural output of about $217 billion[3]. Current pesticide practices need to become more biologically friendly; developing solutions should help expand market share as well as protect biodiversity.

Engaging with firms to improve biodiversity

Another way to tackle biodiversity loss is through engaging with the companies responsible for it. Fidelity has committed to eliminate commodity-driven deforestation from our investment portfolios by 2025 on a best-efforts basis and will disclose our exposure to deforestation by next year.

We are ramping up our deforestation-focused engagements, targeting two groups of companies. Group A are companies that have not yet performed traceability efforts for the soft commodities they source or do not disclose supplier lists. The goal for this group is to achieve full traceability and public disclosure of risks and suppliers. Group B are companies that publicly disclose their supplier lists and which satellite imagery has connected to recent cases of deforestation. Here the goal is to reduce and mitigate deforestation in their supply chains, with a particular focus on palm oil-linked deforestation.

As a signatory to the Finance for Biodiversity Pledge, Fidelity has launched a series of engagements with companies in high-impact sectors to understand each company’s activities and how they affect biodiversity. An example is our engagement with Spanish oil and gas producer Repsol. Despite recent bad press over an oil spill, the company has been taking a lead on species protection. To limit the impact on wildlife around its Sagari gas field in Peru, it has relocated orchids, preserved sensitive trees and ensured spider monkeys could still swing between branches on both sides of the gas flowline via canopy bridges.

Repsol has also assigned a monetary cost to its various impacts on the environment, which allows the effects of different activities to be compared on the same scale, plus a non-monetary measure used to minimise biodiversity impacts based on site conditions. While we find Repsol’s approach pioneering, we suggested at a recent meeting that it could go further, for example by speeding up the baseline measurement and disclosure, linking executive remuneration to biodiversity-related KPIs, and putting in place a timebound plan for becoming nature positive, thus not just avoiding but actively reversing nature loss.

Momentum is building behind the biodiversity theme. French lawmakers have implemented rules requiring financial institutions to disclose their biodiversity-related risks and impact as well as climate-related ones, and from 2023 will also require them to disclose what proportion of their investments aligns with the EU Taxonomy. And earlier this year the Taskforce on Nature-related Financial Disclosures unveiled the latest prototype of its framework for nature-related risk management.

The direction of travel is clear: as the world increasingly recognises biodiversity as an asset to humanity, the value ascribed to nature will go up, increasing scrutiny on portfolios - and any harm investee companies cause to the natural world. The good news is that this also offers a range of investment opportunities.