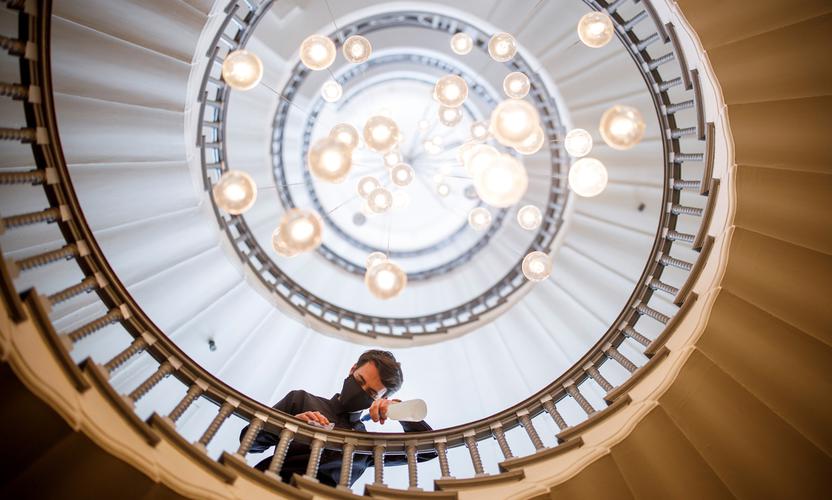 While the balance of probabilities across the scenarios remains unchanged (base case at 60 per cent, downside at 30 per cent and upside at 10 per cent) we have downgraded our 2020 growth numbers for all three scenarios, across both developed markets and emerging markets. Numbers for 2021 have mostly remained unchanged.

Policy interventions to date have been largely successful at stabilising household incomes through the crisis and at facilitating the smooth functioning of markets, limiting the downside case in the re-opening phase to some extent. However, the outlook for the second half of this year and beyond will be shaped primarily by future policy initiatives and we will continue revising our scenarios, depending on policy action from here.

We now expect global growth at -2.9 per cent in 2020 and 3.9 per cent in 2021, modestly below consensus. We remain more pessimistic on the UK and the euro area, although positive surprises from policy initiatives in the latter have skewed the balance of risks to our growth numbers to the upside. Within emerging markets, we are somewhat more positive on Mexico and Turkey, relative to consensus. Tables 1 and 2 illustrate the latest numbers.

Rebound in activity as economies reopen

As economies started re-opening through May, there has been a significant pick-up in high frequency indicators such as people’s mobility as captured by Google data, passenger traffic, demand for fuel, electric grid usage and credit card spend, to name a few. Monthly indicators too delivered a number of positive surprises in May and June across the major economies. Business confidence has shown signs of a broad rebound in manufacturing and services, which continued to improve in June, as suggested by the PMIs in the euro area (chart 2), the UK and the US. Incredibly, manufacturing PMIs in France and the UK, as well as the US ISM manufacturing index, are now above 50, which is in the expansionary territory.

The speedy return of consumer demand has been one of the main surprises through the re-opening, especially in the US, where retail sales surged by 17.7 per cent in May, after dropping 14.7 per cent in April, despite only partial re-opening of the economy. The composition was broad-based, with the biggest gain in clothing, followed by furniture, sporting goods, electronics and cars. The lifting of physical mobility restrictions combined with some pent-up demand largely accounted for the revival in consumption. But despite the sharp rebound, retail sales remain more than 8 per cent below pre-crisis levels, as chart 3 shows.

The latest data suggests that the global cycle troughed in April as we went through 'peak lockdown' across the world. This rebound in activity through the re-opening phase should not come as a surprise and the mechanical transition from lockdown to reopening will bring about double digit month-on-month growth rates over the next two to three months. While it does suggest that the contraction was probably not as sharp or as long as some have feared, current data is not necessarily reflective of the actual cycle.

It is worth noting that there is already some tentative evidence from high frequency indicators that the sharp bounce in the US labour market seen in May seems to be tailing off. Initial jobless claims have surprised negatively, remaining at elevated levels through June, and the US Census Bureau’s Small Business Pulse Survey suggests increases in employment and hours worked appear to be levelling off. However, it is too early to make any conclusions just yet.

As activity continues to resume, we will get a better idea of the true extent of damage to economies and whether this is permanent or temporary. The outlook still depends on how countries exit lockdown and how quickly, on the policy interventions and stimulus measures that help recovery, and on countries’ ability to control subsequent spikes of infection.

As we transition from re-opening into the recovery phase, we will be monitoring three key areas:

In the US, some evidence is already emerging that around 30 per cent of job losses might become permanent. Given the nature of the virus shock, we are likely to see some structural reallocation of workers across sectors as the labour market adjusts to 'the new normal', making the unemployment rate sticky. We expect the unemployment rate in the US to be in low double digits at the end of 2020 and high single digits throughout 2021. Despite the recent surprise bounce in the employment data, we believe the labour market will take years to heal.

On the supply side, suppressed demand due to lost incomes from unemployment and continued virus-related restrictions will prevent activity from resuming fully in many sectors for months depending on the availability of a vaccine, resulting in "a 90-95 per cent economy" (the activity ceiling will vary across countries and sectors).

As corporate support programmes end and companies accumulate higher debt burdens, we are likely to see liquidity issues morphing into solvency issues, leading to a wave of bankruptcies, recapitalisations and bailouts. While consensus remains relatively positive on the default outlook, we believe risks are skewed towards more significant stress in the corporate sector than currently anticipated.

Exiting stimulus measures may be hard

On the policy side, exiting from various monetary and fiscal programmes is unlikely to be smooth. Some policies will have to be extended - both fiscal (the US authorities are expected to pass another fiscal support package in late July or early August) and monetary (major central banks are likely to have to ease further). Some policies will be met with 'taper tantrums' (a reference to market reaction in 2013 when the Fed announced its intention to start reducing the pace of asset purchases) as they unwind. More importantly, governments have to move from crisis fighting policies towards growth policies which will be crucial in shaping the recovery.  Any delays in legislating and implementing those might be costly, especially against the background of global social unrest.

In all, while the worst of the COVID-19 crisis is probably behind us, the return to normal - or indeed some form of ‘new normal’ - is not going to be easy. Despite the sharper-than-expected re-opening bounce in activity in a number of economies, the recovery will be a drawn-out process, with much uncertainty around the virus trajectory itself, consumer and corporate behaviour and governments’ policy choices.

The markets are taking a more optimistic view for now - perhaps unsurprisingly, given the huge liquidity support from central banks and the notion of the ‘Fed’s put’. However, once the tide of liquidity subsides (earlier or later), the gap between economic fundamentals and markets might no longer be sustainable. As Richmond Fed chair Tom Barkin recently noted: “The economy took elevator down but will have to take the stairs up.”