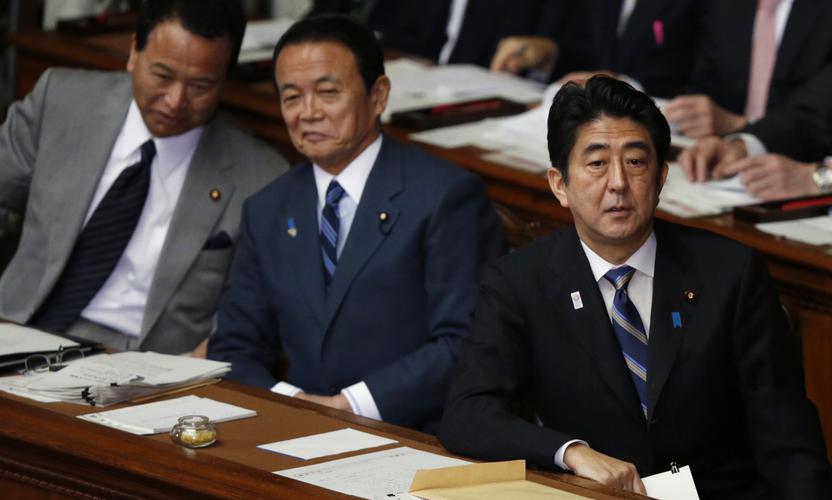 When it comes to policy leadership in the arena of environmental, social and governance factors, Japan is stepping up even as the United States is stepping back.

Governments setting top-down mandates for corporate ESG engagement is not a novel concept. Private sector ESG efforts continue to steam ahead in the US, even as the administration of President Donald J. Trump has enacted policies that have overtly de-prioritized environmental and social issues. In Japan, by contrast, Prime Minister Shinzo Abe has made social and corporate reform a main driver of his “Abenomics” economic stimulus programme since he took office in 2012.

Until recently, Japan, Inc. had lagged its global peers in governance, as companies were preoccupied with battling through nearly two decades of entrenched deflation, during which paying down debt and hoarding cash were imperatives.

While recent high-profile scandals at blue-chip companies such as Kobe Steel and Toshiba Corp. underscore that corporate Japan still cannot be complacent, companies’ attitudes toward governance and other ESG principles are changing. At the same time, Japan’s government is making progress on policy frameworks aimed at leading companies toward business practices that will result in long-term sustainable growth and increased corporate value.

According to Fidelity’s latest Analyst Survey, some 80 per cent of analysts saw a growing emphasis among Japanese companies to implement and communicate ESG policies in the past year, compared with 60 per cent in 2017.

The number of listed companies issuing integrated reports, which explain their plans to increase long-term corporate value, is on a sharp upswing. In 2008, only a dozen firms released them, according to data from Disclosure & IR Research Institute Ltd. That increased eightfold to 96 in 2013, and then more than quadrupled to 411 last year.

On the policy side, the government is taking a three-pronged approach to promote comprehensive reform, through modification of hard law, soft law and guidance.

Such corporate governance reform includes environmental and social aspects as well. It is also noteworthy that the government is soliciting input from non-Japanese institutional investors on the direction of reforms in addition to domestic investors.

On the hard law front, the Ministry of Justice is now seeking public comment by April 13 2018 on its Interim Proposal to revise the country’s Companies Act, to establish a timeframe for informing shareholders of meetings and clarifying the duties of outside directors on corporate boards. Such regulatory revisions enhance the minimum standards for companies.

Japan’s securities watchdog, the Financial Services Agency (FSA) unveiled its draft of Guidelines for Investor and Company Engagement and Japan’s Corporate Governance Code, a soft law aimed at pointing companies in the right direction. The FSA is now calling for public comments on the draft papers.

Japan’s Ministry of Economy, Trade and Industry (METI) provides practical guidance to companies on how to navigate “ESG Integration, Non-Financial Information Disclosure and Intangible Assets into Investment” through dialogue between companies and their investors.

Government and governance under Abenomics

Japan’s Stewardship Code was adopted in 2014 for institutional investors, to foster dialogue between investors and corporate management with the aim of making the relationship more transparent and the firms more profitable. Revisions to the Code in 2017 call for investors to disclose their voting records at companies in which they invest.

Japan established its Corporate Governance Code in 2015. Taking direct aim at traditionally insular boards, it requires companies to appoint two independent directors, and assess the process by which it selects a chief executive officer. While the code is non-binding, companies must explain to shareholders their reasons for not following it if they opt not to do so.

The coming update to the Corporate Governance Code will encourage (?) companies to unwind more of their cross-shareholdings between non-financial service companies, and will set up a framework to evaluate whether companies stakes in each other are appropriate.

Traditionally, many Japanese companies have cross-held such blocks of each other’s shares to maintain business ties, which made it more difficult for outside shareholders to effectively influence resolution at shareholder meeting. Now, a shift appears imminent: megabanks alone are on track to meet targets to unwind $28 billion of their ‘strategic’ shareholdings in 2018-2021.

It is hoped that the updated code will more clearly define cross-shareholdings, including shareholdings in retirement benefit trusts. Also, since such holdings are not pure return-seeking investments but are risk assets on the balance sheet, the question needs to be clarified as to whether they are a waste of equity capital.

The updated Code will also call for more diversity in gender and nationality in a country where women accounted for only 10.1 per cent of whole directors of the board of Tokyo Stock Exchange 1st section companies, although the number increased from 479 in 2016 to 552 in 2017, according to Nikkei Newspaper as of 9th September 2017.

A key early adapter of the Stewardship Code was Japan’s Government Pension Investment Fund, the world’s largest pension fund with $1.4 trillion under management and about 30 trillion yen ($280 billion) invested in Japanese stocks, mostly tracking the Topix. GPIF also signed the United Nations-supported Principles for Responsible Investment in 2015, and initially it said it would allocate 3 per cent of its equity holdings to ESG investment. Last year, it began to raise that to 10 per cent.

GPIF is not permitted to directly invest in companies so its guidelines apply to the asset managers that handle its holdings. These asset managers therefore have a strong incentive to conform to these principles, and in turn engage more aggressively with the companies in which they invest.

Last year, GPIF selected three domestic ESG indices to track, one of which is the MSCI Japan Empowering Women Index, a thematic index focusing on gender diversity. It has also begun soliciting proposals for environmental indices to track for passive investment in overseas equities as early as this year.

Another index tracked by GPIF is Japan’s JPX-Nikkei 400, launched in January 2014 to highlight capital-efficient companies with higher return on equity (RoE). Companies whose average ROE over three years turns negative are removed, prompting local media to dub it the “shame index.”

In the environmental area, the Tokyo Metropolitan Government last year became the first Japanese local government to issue green bonds, to fund 20 billion yen ($190 million) of projects including some aimed at developing energy-efficient cities and adapting to the effects of climate change. Other municipalities could follow suit, as the bonds were snapped up by buyers including many of Japan’s major life insurance companies, banks and asset managers.

Some Japanese companies appear to have been quicker than others in embracing the concept that investors will reward those that adhere to sustainable principles and governance codes. But some of their apparent lag is due to insufficient disclosure or lack of independent verification of actions they have already taken.

As the government deepens its corporate reform push, Japanese companies are likely to continue to make efforts toward better disclosure, social reform and more sustainable environmental practices. That should be good news for investors both inside Japan and abroad.

This document is for investment professionals only and should not be relied on by private investors.

This document is provided for information purposes only and is intended only for the person or entity to which it is sent. It must not be reproduced or circulated to any other party without prior permission of Fidelity. This document does not constitute a distribution, an offer or solicitation to engage the investment management services of Fidelity, or an offer to buy or sell or the solicitation of any offer to buy or sell any securities in any jurisdiction or country where such distribution or offer is not authorised or would be contrary to local laws or regulations. Fidelity makes no representations that the contents are appropriate for use in all locations or that the transactions or services discussed are available or appropriate for sale or use in all jurisdictions or countries or by all investors or counterparties.

Reference in this document to specific securities should not be interpreted as a recommendation to buy or sell these securities, but is included for the purposes of illustration only. Investors should also note that the views expressed may no longer be current and may have already been acted upon by Fidelity. The research and analysis used in this documentation is gathered by Fidelity for its use as an investment manager and may have already been acted upon for its own purposes. This material was created by Fidelity International. Past performance is not a reliable indicator of future results. This document may contain materials from third-parties which are supplied by companies that are not affiliated with any Fidelity entity (Third-Party Content). Fidelity has not been involved in the preparation, adoption or editing of such third-party materials and does not explicitly or implicitly endorse or approve such content.