Most equity investors allocate a small part of their portfolio to Asia to get exposure to its growth profile, but many miss out on of the region’s other beneficial characteristics. In fact, the region now offers a whole host of distinct factor exposures, which could warrant an allocation for portfolios.

Total returns since 1990 show that Asia does well but actually trails some other regions, and the US - a developed economy - performs better by nearly 2 per cent per annum (chart 1). There’s clearly more to Asia than growth.

A rich source of factor exposures

Asia has a large pool of companies in different factor categories. In every factor except quality, Asia ex Japan has more names to choose from than Europe (MSCI All Country Asia ex Japan index versus MSCI Europe), and a similar number to the US (MSCI USA) (chart 2).

The evidence shows that factors in Asia can provide truly distinct investment profiles.

Chart 3 presents factor performances relative to the index from 2002, the first full year that all the factor indices are available. The factor patterns for Asia are remarkably close to those for the US and Europe, indicating investors can achieve diverse outcomes over the long term depending on the factor, much like markets in the developed world. Also note that the growth factor is a relative underperformer in Asia over the period.

Note: 2002 is the first full year that all the factor indices are available. Source: Datastream, MSCI, May 2018. All in USD

Analysing the factors in turn, it’s possible to see the different performance characteristics of each factor. The factors offer unique combinations of valuation multiple, dividend yield, maximum drawdown and Sharpe ratio, and investors can select the profile which best suits their objectives (chart 4 and 5).

Plotting factor return against volatility provides investors with a spectrum of risk and reward outcomes to choose from (chart 6), but note that the global financial crisis has had a big impact on these metrics, and factors perform differently depending on the market conditions. Additionally, if we compare the factor total returns of Asia against the US and Europe, for almost every factor Asia posts a higher annualised return since 2002 (chart 7).

How to pick factors

Most factors exhibit cyclicality and perform differently as the market cycle evolves. Chart 8 is a rough guide to which factors perform best at different stages of the cycle. However, cycles are not always repeated exactly, so investors may have to use some discretion in picking factors. Here is a three-level approach to selecting factor-based investments.

For illustration purposes only. Source: Fidelity International, May 2018

Securities selection - looking beyond the numbers

Part of the problem of picking factors is that indices select factor constituents based on fixed and backward looking quantitative characteristics. But individual metrics are sometimes insufficient to judge factor and style; it can take more qualitative judgements.

For example, Baidu, the Chinese internet search provider, is currently priced at 24x earnings (PE), making it relatively expensive, and its sales have grown at 31% compound annual growth rate over the last five years. MSCI has included the stock as a top 10 constituent in its All Country Asia ex Japan growth index. However, there are some investors who consider Baidu a value stock, arguing that its shift in focus to core assets means that some cash draining operations will be disposed of, implying higher future earnings and a lower PE ratio. This is not necessarily our view, but Baidu demonstrates how purely looking at the numbers may not provide a comprehensive picture of the factor characteristics in an investment.

In analysing outcomes, it makes sense to focus on total returns. Different factors emphasise returns in different ways. Total return includes all the sources of return and enables better comparison between factors.

In much the same way that the characteristics of individual securities may not be fully captured by indices, the styles of individual portfolio managers may not fit into traditional factor definitions. When selecting managers for specific factor exposures it’s important to look beneath the headlines and understand the reasoning behind the manager’s strategy and how it is reflected in their portfolio holdings.

A recent case study is CCB International China Policy Driven Fund, which aims to capitalise on state policies and uses a long-term, diversified approach. However, in practice the fund is highly concentrated, holding 19 stocks and one bond at the end of 2017, and has a high portfolio turnover. It’s four largest holdings are blue chip stocks (AIA, Tencent, HSBC, ICBC) comprising 32.2% of the fund and do not appear to be expressly driven by China policy decisions. [1]

A further point is that even if a manager is categorised accurately in terms of factors, it does not mean the manager will generate excess returns. To spot managers that can produce alpha, not just factor beta, it’s essential to look into their portfolios, and at how their investment philosophy is realised.

It’s also important to monitor the manager’s consistency in applying their strategy over the entire cycle. As factor performances fluctuate through the cycle, it’s tempting for managers to style drift. This can mean they stray into approaches they are not adept in, and more importantly it affects the investor’s overall portfolio allocation, so that there could be higher or lower exposures to certain factors than originally intended. For example, a 2017 study found that the average exposure of small cap mutual funds to large caps stocks was 27% between 1995 and 2010, a much higher level than most investors would expect. [2]

The optimal investment approach is a long-term, forward-looking one, but this presents a problem given that factors come in and out of fashion over the course of a market cycle. Timing factor exposures is generally very difficult to do, so it may be better to combine factors in a portfolio to ensure there is sufficient exposure to outperforming assets throughout the cycle.

For example, at the end of 2015 and early 2016 there was real concern about a hard landing in China. If an investor used returns in the recent past to inform future forecasts by picking Chinese momentum stocks on 1 February 2016, it would have returned 2.9% over the following 12 months. However, an equal weighed allocation to momentum, value and growth stocks would have returned 11.1% over the same period. [3]

Blending the factors helps to reduce volatility, but investors still need to achieve investment targets and ideally outperform the market in the long term. It is possible to have a good idea of which stage the market is in and some experienced investors will have strong views on this. Blending analytics, which is a form of statistical analysis, can provide signals to tweak or tilt the portfolio towards specific factors based on the investor’s personal convictions. However, tactical adjustments should only happen at the margin - the foundation of a portfolio should remain in core factor exposures with a long-term horizon in mind.

The different Asia factors offer a menu of investment choices akin to the range of factors available in developed markets, but it pays to be mindful of some of the differences as well.

The conventional view of Asia as politically and economically unstable compared to developed markets may not be as true as it was in the past. Macro risks are a concern when investing in Asia, but they plague other regions, too. In recent years, the Eurozone faced questions over its survival and populist governments are in the ascendancy across the region. The US has twin and worsening deficits and the Trump government is raising the prospect of trade wars.

Asia is less homogenous than North America or Europe, providing opportunities for investors but also risks. Some countries tend to be more defined by specific factors than others - for example, India has historically had relatively weak yields compared to China, Taiwan and Thailand. Investors also often overlook countries for certain factors - for example, when thinking about momentum, China is the go-to country, but South Korea and Thailand have highly momentum-driven markets as defined by investor behaviour.

Some countries are transitioning their economies and the factor mix is changing. For example, the government of South Korea introduced tax measures in 2015 designed to boost the economy. This had the effect of encouraging companies to increase shareholder returns, enhancing the high dividend yield factor.

Sometimes industries can have different characteristics in Asia than elsewhere. For example, companies in the large-cap tech sector in Asia generally have different business models than in the US. Tencent and Alibaba have more sophisticated mobile phone business models than their US counterparts because of the ubiquity of mobiles in China and the more tolerant culture towards data sharing than in the US.

Another example is the steel industry. In developed markets it is marked by consolidated multinationals, whereas in Asia, and particularly China, the industry is much more fragmented and in the process of consolidating, while countries such as Korea have sophisticated large scale steel producers. Another difference is that developed markets, and particularly the US, have a higher proportion of steel companies using electric arc furnaces (EAF) rather than blast furnaces, which dominate Chinese production. Blast furnaces tend to have higher fixed costs which dent profits in downturns when utilisation rates are low.

Asia ex Japan has evolved in recent years and moved on from the traditional view as a region to go to only for growth exposure. For investors there is much more to Asia than just growth. Asian economies have developed, financial markets have matured, and investment products have become increasingly sophisticated.

It is now possible to access a full menu of factor exposures in Asia with historical track records. These factors have distinct profiles and outcomes, much like factors in developed markets. Investors seeking a specific set of characteristics from investments can confidently include Asian products in their considerations. 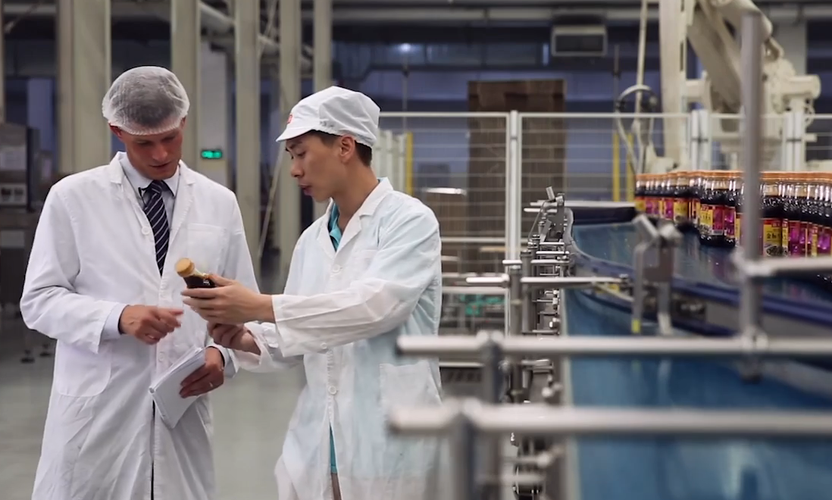