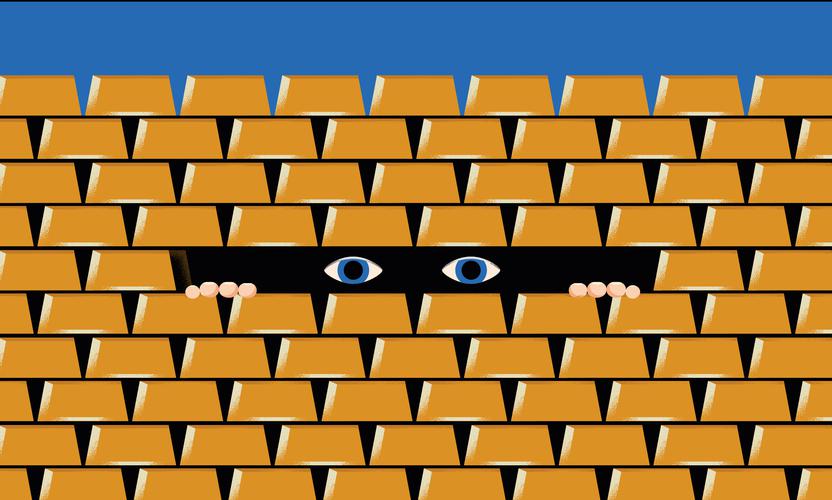 At certain points in a market cycle, usually when the end seems near, investors can become preoccupied with their portfolio’s defensiveness. Specifically, questioning how well it is positioned to protect capital and minimise volatility, while still allowing for positive returns.

The answer largely depends on whether the prevailing threat to markets is an impending recession, global trade pressure, deflation, inflation, or something else entirely. What is defensive for one scenario might not be so for another. Similarly, asset classes that displayed defensive traits in the past might look less useful as market conditions evolve.

Higher-yielding equities are often considered defensive, for example. However, a decade-long hunt for yield has stretched the valuations of many such stocks to the point they no longer look very defensive at all.

In fact, at a broader portfolio level, equities themselves are the least defensive asset class, being typically the most volatile. Even ostensibly low-risk, high-return factor strategies such as low-volatility equities are unlikely to withstand a significant risk-off event, particularly given the weight of money that has been funneled into the same stocks. In a market correction, individual equities might drop by different magnitudes, but they’ll all still fall.

The best defence is tactical

Yet, no one would suggest a long-term growth-focused investment strategy that excludes equity exposure. Investment returns do not come without an element of risk. A structurally defensive portfolio - one that remains cautiously positioned throughout a market cycle - does have its place. Investors with a short time horizon, or those seeking alternatives to cash, may prefer it. However, long-term investors whose primary goal is capital growth would understandably balk at sacrificing upside for security while everything looks rosy.

Defensive investing tends to work best as a tactical strategy, equipping a portfolio with the tools to weather periods of unfavourable conditions. At particular points in an economic cycle, certainly as the end approaches, it makes sense to consider reinforcing a portfolio’s defences. But, it’s equally important to have a clear strategy for re-risking if markets don’t behave as anticipated; if maintained for too long, a tactically defensive position will begin to weigh on a portfolio’s long-term growth potential.

Broadly, there are three means by which to enhance defensiveness: dial back risk; increase the proportion of uncorrelated assets; or add a layer of protection.

1. Low risk: Assets that will not lose (much)

In the realm of defensive investing, cash has traditionally been king. Few things are entirely risk-free and this is also true for bank accounts, which carry the possibility, however remote, of default. Short of stuffing wads of physical notes under a mattress though, money in the bank is the ultimate defensive asset.

But it comes at a cost. Current ultra-low interest rates mean a structural position in cash is guaranteed to gradually eat away at purchasing power. In Europe, negative rates mean both the real and nominal value of money will shrink over time, while rising rates in the US have seen yields creep higher. Still, the return on cash is well below inflation in most western markets.

Chart 1: Cash has not kept pace with the price of goods

Can such an asset still be considered defensive? In short, yes. If a portfolio exceeds an investor’s long-term needs, a degree of capital erosion might be acceptable in order to protect the bulk of their money (in nominal terms). Meanwhile, as a short-term shelter to wait out passing market storms, cash is still the safest place to be. It doesn’t pay to linger too long though; capital is best put back to work as soon as market opportunities arise.

Allocating to short duration bond funds, or fixed maturity plans, can add a layer of defensiveness to portfolios for generally better returns than bank deposits. The risks are a little higher. Debt is never immune to a downgrade, regardless of how robust the issuer appears. And that includes sovereigns.

A well-diversified portfolio includes assets that will not typically sell-off at the same time as equities. One of the basic maxims of investing is that bonds and stocks are uncorrelated. It follows that assets such as long-duration government bonds provide an easy source of diversification and a very good hedge against falling equity markets. History supports this, to a point. And it would certainly remain the case in many conditions; a slowdown coupled with low inflation or deflation, for example.

However, as the market sell off in early 2017 revealed, when the only asset class that did not decline was Chinese onshore government debt; stocks and bonds can fall in tandem. Whether or not that instance was an anomaly, the inverse relationship will not necessarily prevail across every economic cycle. In a scenario of runaway inflation bond yields would naturally rise, which could in turn spark a sell-off in equities. Meanwhile, a rising rate environment somewhat dulls the defensive lustre of long-duration bonds themselves.

When building in defensiveness, an asset that hedges against two events at once can prove valuable. Currently, US Treasury Inflation-Protected Securities have decent defensive characteristics, protecting against both a market fall as well as rising inflation. Likewise, the value of emerging market inflation-linked bonds will keep pace with inflation, while also providing a yield in excess of inflation expectations.

Beyond the traditional safe haven of bonds is a universe of alternative asset classes that generally behave differently to equities and are therefore a valuable source of diversification, as well as returns. Some might be more effective than others, depending on the particular threat to a base case scenario.

Esoteric or non-traditional markets, such as aircraft leasing, real estate, private equity, and commodities, are increasingly popular as portfolio diversifiers. While not beta-neutral, they are generally uncorrelated or have a low correlation to both equities and fixed income and provide access to different growth drivers. Gold typically outperforms in inflationary conditions while, at the other extreme, can also prove a useful hedge against deflationary shocks and the resulting panic selling. Although, for other core risk events it might look far less appealing.

Macro-hedge funds, which aim to profit from market movements associated with political or economic events, are generally perceived as defensive, as are strategies such as long-volatility. These tend to fare relatively poorly in rising markets, but pick up in tail scenarios, when traditional assets head south.

One criticism sometimes levelled against alternatives is that they are less liquid than other asset classes and underlying valuations don’t always keep up with spot prices. In the event of a market shock they might sell at a deep discount to net asset value, if at all. This matters, particularly for investors who might need ready access to their money. That said, it is possible to gain exposure to alternatives such as property or infrastructure via more liquid vehicles like investment trusts. Liquidity can dry up for any asset class during a crisis, of course. Nothing is liquid if there is no one to buy it.

Many idiosyncratic strategies, such as managed futures and long short market neutral funds, are typically highly liquid, as well as being uncorrelated to traditional assets by virtue of the fact they actively avoid beta exposure. In this way, investors can access alpha streams that have no baked in market direction and are therefore uninfluenced by market movements. Strategies like these can prove a relatively expensive addition to portfolios. However, with a yield of up to five per cent a year they can be an attractive option, particularly if you think the world is on the cusp of a prolonged sell-off across markets.

3. Asymmetric assets: Protecting what you already have

Asymmetric strategies can enhance a portfolio’s defensiveness by limiting or eradicating downside. Like any insurance policy, they come at a cost.

Put options and collars are among the more commonly used products. A put option guarantees the price of an underlying security for a specified period; the cost is simply the price of the option. A collar sacrifices future upside to pay for the downside protection, usually with a combination of put and call options. As such, there are no explicit costs. However, capping gains reduces the beta of a portfolio, which ultimately means lower long-run returns.

Portfolios can benefit from these products when downside risks are particularly acute, or as a tactic to weather an anticipated adverse market event. However, downturns are notoriously difficult to predict. If an option expires and the market is still grinding higher, investors must decide whether to pay more to roll the contract over. And potentially again after that. Investors need to weigh the overall costs, including any performance impact, of holding such strategies against the expected pay-off if and when a market turns.

In some instances, it might make sense to opt for a lower risk strategy, such as an allocation to cash or bonds, rather than pay for downside protection. However, this won’t always be the case, particularly where asymmetric strategies are cost neutral. In late 2016, on the back of growing concerns that political turbulence and a fragile economic backdrop in Italy could spell trouble for markets, our portfolio managers shorted Italian government inflation-linked bonds (BTPs). The position had a neutral impact on performance and proved highly profitable when elections in May 2018 sparked market volatility and a BTP sell-off.

The paradox of defensiveness

Investing defensively can sometimes appear counterintuitive. When markets are ticking higher, who wants to forego upside to protect against an event that might never happen? And it’s a tall order to construct a portfolio that covers off every conceivable tail risk over an entire market cycle, or even a specific risk at exactly the right time, and which still generates optimal returns.

For most long-term growth-oriented investors it makes sense to think tactically about portfolio composition and take just the right amount of risk for each phase of a cycle. Easier said than done: each cycle is distinct from the one that preceded it, as well as the one that will follow. Asset classes that have proved defensive in the past might not be so when markets are grappling with a different set of challenges in a global environment that is constantly changing. 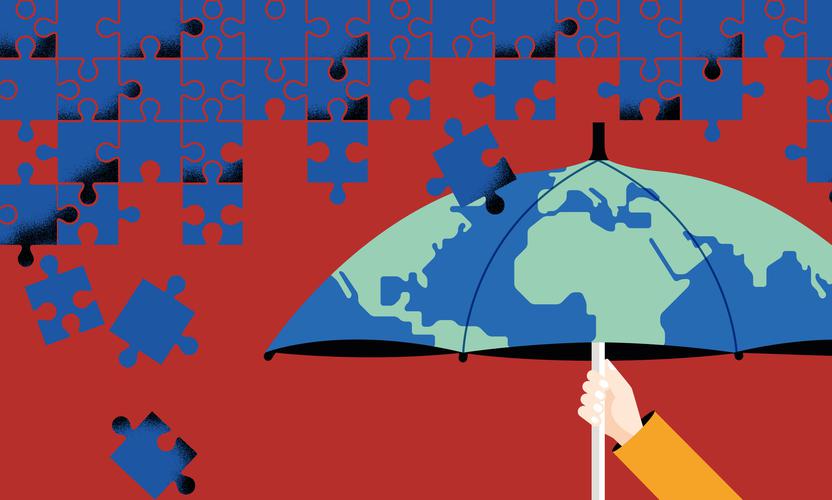 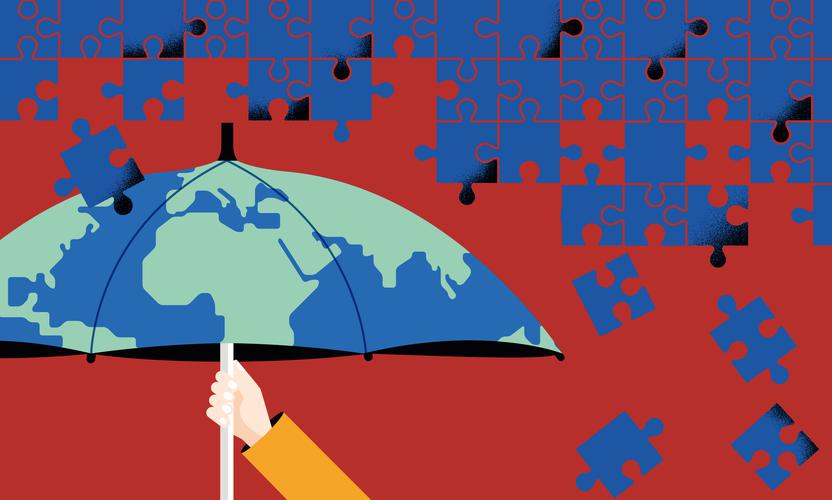 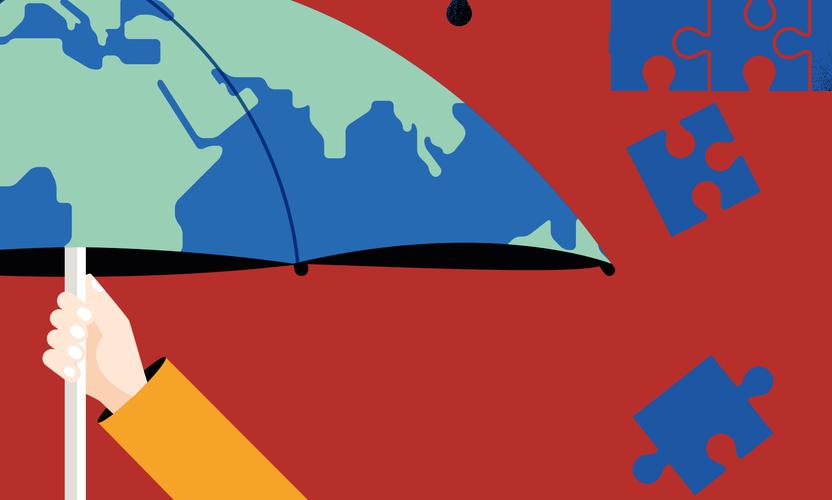