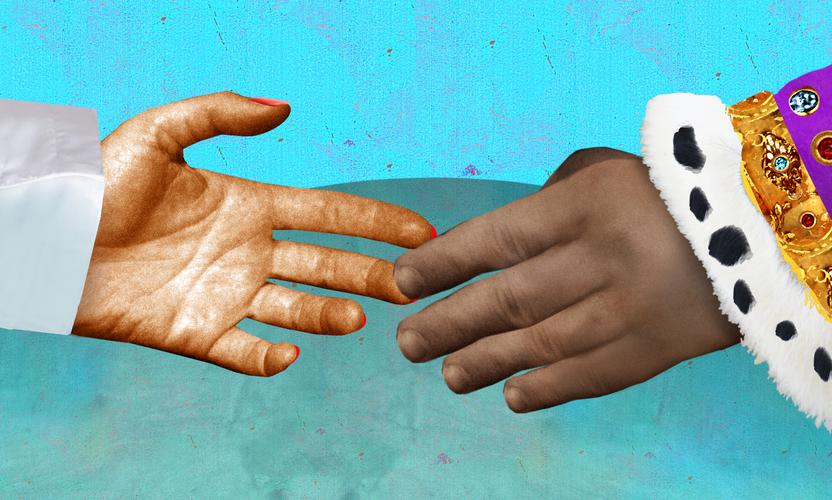 Sustainable investing is never straightforward. Opinion differs on the best way to do good with your money. However, one asset class stands out as particularly difficult: sovereign bonds.

It’s a world away from companies. Investors are much more familiar with - and vocal advocates of - corporate sustainability. Environmental issues grab the headlines, but governance and the impact of business practices on the wider society are also receiving more attention from asset owners. The relationship between a company and the investors who provide it with capital is clearly defined. Holders of company equity can take the ultimate step in engagement, shareholder voting. Even corporate bond investors enjoy regular access to senior management and a reasonable level of influence over sustainable goals.

But for investors in sovereign bonds the situation is far from straightforward. While companies act in a world where the lines between right and wrong, or at least what is legal and illegal, are relatively clear, sovereign states can define their own rules. A government’s approach to issues such as corruption, pollution and human rights might fall short of international standards yet still be legal or even state-sponsored by the issuing country.

So simply taking the model used for corporate engagement and applying it to governments will not work.

Firstly, multiple parties with conflicting demands interact with government policy makers, including industry, trades unions, non-governmental organisations, and of course the electorate. Bond investors can find themselves lower down the priority list.

Furthermore, it is not always clear where power resides. Each country has its own formal and informal processes for policy decisions. Would-be engagers must navigate the corridors of power to find the appropriate ear to bend. Companies, on the other hand, have defined power hierarchies and clear reasons for issuing debt, making engagement more straightforward.

Then there is the question of how much influence an investor might hold. It’s often not very much. A significant proportion of the holders of sovereign debt, such as central banks, foreign governments, and domestic institutional investors are ‘insensitive’ buyers. Whether for regulatory reasons or other obligations, these parties buy sovereign debt regardless, reducing their incentive to engage compared to discretionary investors.

Even discretionary investors may not equally share an interest in sustainable issues. This lack of alignment among sovereign bond investors means those that do wish to raise issues often have little clout. One obvious way to mitigate this would be for discretionary investors to group together to raise pre-agreed issues. However even this is harder than it sounds as asset managers have a responsibility to execute their clients’ mandates, which have a range of priorities and sustainability goals.

Election cycles too pose problems for engagement. Even though CEOs change from time to time, company strategy evolves relatively slowly. In any case, it is highly unlikely that the entire senior management needs replacing at the same time as the boss. But when a government is voted out, it can leave investors to engage with policies and personnel that have changed overnight.

Another difference is that corporate bonds also typically come with covenants: a legal contract to protect both parties. Bond covenants often help investors by limiting the amount of debt a company can issue in the future. But they can also be used to compel companies to embrace better governance and reporting standards.

Sovereign bonds come with no such legally-binding agreements. In any case, there are moral implications of any strict covenants. A government obliged to differ from its election promises to honour bond covenants agreed with its predecessors would make many parties uneasy no matter the how virtuous the intentions.

Sovereign engagement can be beneficial to both sides

This long list of the challenges involved might put many off engaging with sovereigns. But this would be a mistake. Raising standards, especially around governance, can boost macroeconomic growth, boosting living standards, increasing expected tax receipts and lowering the probability a country will be unable to honour its debt obligations.1 This reduction of sovereign default risk not only increases returns for existing bond holders, but also reduces the cost of borrowing in the future, giving governments more opportunities to finance growth-friendly policies in a positive feedback loop.2,3

It is in the interest of both governments and their investors to take sustainable growth policies seriously.

Governance is the sustainable issue with the biggest influence on economic growth and therefore sovereign bonds. For example, reducing the level of bribery and corruption opens up markets to new investors and reduces the cost of doing business for private companies, boosting growth throughout the economy. Governance also covers more mundane topics such as data transparency, but even that can significantly reduce the perceived risk of sovereign bonds according to a recent IMF paper. By adopting the IMF’s Data Standards Initiatives, emerging markets could reduce their sovereign bond spreads by 15 per cent in a year.4

A good example of the positive reinforcement cycle of better governance leading to higher economic growth, and then to cheaper financing is Georgia. The real economic output of Georgia has increased by around five per cent every year for the past decade. This is impressive for any country in the post-financial-crisis era. But for an emerging economy walled in by the Caucasus mountains, bereft of natural resources, and one-fifth occupied by the Russian military, it is remarkable.

A significant proportion of that economic growth is down to the government’s business-friendly policies and focus on climbing the World Bank’s ‘Doing-Business’ rankings, a composite measure that includes metrics such as the ease of starting a business, registering property, enforcing contracts and getting credit. For instance, the government has established sophisticated centralised ‘investor relations’ departments, which help foreign investors find fast and pragmatic solutions to their queries. Georgia now sits in sixth place in the rankings, just ahead of Norway, the US and the UK, and well ahead of Germany and Japan languishing in 26th and 39th place respectively.

We found that engaging with Georgia’s top policymakers was a crucial step in assessing the sovereign bonds. Our analyst met with the Prime Minister and his key advisers to probe the resilience of the government agenda and judge how committed it was to its strategy. It was also an opportunity to give the government an investor perspective, so they could make more informed decisions. Before we invested, we also spoke with sovereign-related corporations in financial services, energy and transportation to get a sense of whether the policies were making a difference to the business environment of key industries. We continue to follow up with policy-makers in Georgia and elsewhere to cultivate the dialogue and encourage a transparent and rule-based business climate.

Aside from the obvious benefits to wellbeing, there is less evidence that improvements in social and environmental conditions have such a strong correlation with economic growth. But there is no question that they can harm growth prospects if governments ignore them. Investors often engage on these topics if it becomes apparent that they threaten stability.

For example, the mismanagement of natural resource extraction and the resulting environmental devastation in the Niger Delta has been a major source of social grievance in Nigeria for some time. The gravity of the situation and the apparent lack of action by policy makers has incited militancy and pipeline vandalism by locals, in part to raise awareness and force the government into action. While hydrocarbon extraction represents only around 10 per cent of GDP, it accounts for nearly two thirds of all government revenue.5 Dissident action that threatens this has significant implications for both economic growth and sovereign default risk.

Social indicators too can prove a risk to an economy. Injustice or the treatment of ethnic minorities can lead to unrest that can impact growth. For example, despite the near-disappearance of ISIS in Iraq, substantial progress is needed to heal the divisions in society for the economy to grow and realise the full potential of the country’s natural resources. Not all investors have the risk tolerance needed to hold such sovereign debt, which greatly limits the government’s access to funding to invest in development.

Framework to investigate sustainability in sovereigns

Each country is unique but there are certain actions investors can do to help them make more informed judgements about sovereign bonds:

The rewards are there for both sovereigns and investors

Sustainability is a broad and complex topic and it would be wrong to assume there is or will ever be a widely accepted set of boxes for sovereign engagement that investors can simply tick off. Engagement is difficult to assess, and the ambiguous, changing and unique circumstances of each country mean that it will always be a challenge.

But sovereign engagement can be rewarding for both issuers and investors despite the complexities involved. It’s true that sustainable issues can pose risks for governments, but they also present a huge opportunity for long-term growth, cheaper financing and a higher standard of living for citizens.

For investors to gain the influence needed to encourage change, it could take something asset managers might regard as radical but that a five-year old would intrinsically understand. They might have to work together.

3. The effects of corporate and country sustainability characteristics on the cost of debt: An international investigation, Hoepner et al., ZEW discussion paper, 2014. 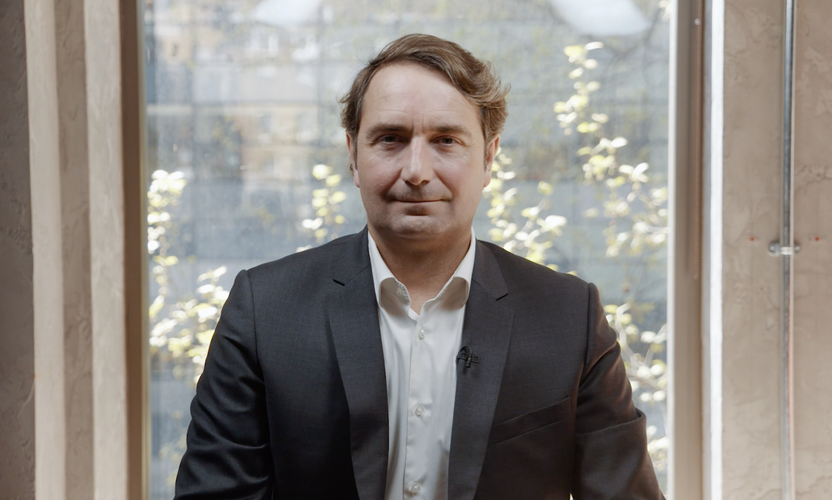 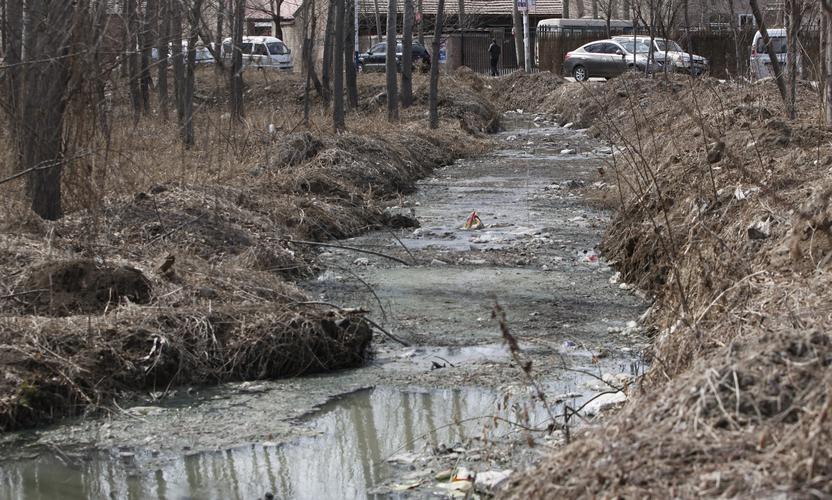