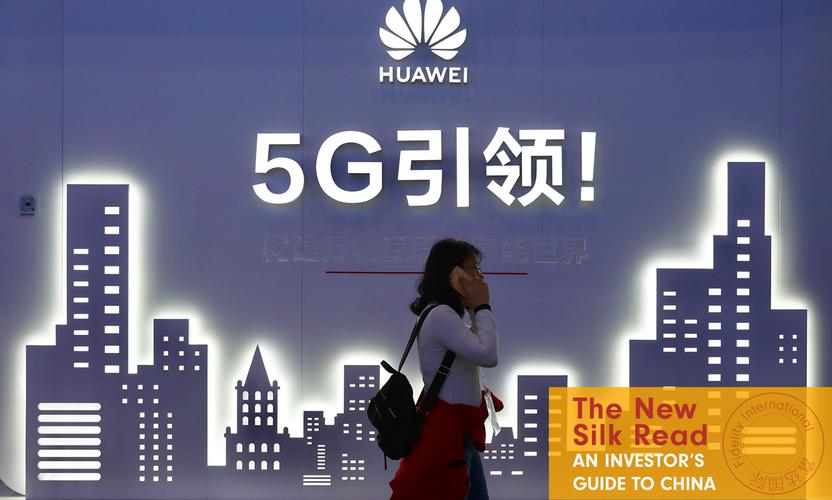 The upcoming US elections in November add another source of volatility in an already tumultuous year. For investors, navigating deteriorating US-China tensions will be a crucial challenge in the coming months. Alongside trade tariffs and financial sanctions, the tech industry - and specifically the global race for 5G supremacy - has emerged as a key front in the snowballing standoff between the two superpowers.

We think the long-term result of current actions will be an even greater bifurcation of tech ecosystems between China and the United States. Already, global supply chains are beginning to evolve to accommodate this fundamental shift, a development that overshadows the din of political rhetoric in terms of selecting winners from this realignment.

However, despite recent measures targeting certain product categories or singling out companies like Huawei, we don’t think there’s a clean break to be made here. The size and growth of China’s market means the US would be the biggest loser if American firms were cut off from it. And given the economic challenges from Covid-19, shouldering the US consumer with the burden of further trade tariffs runs the risk of backfiring politically.

Two years into the trade war between the US and China, things could be branching into a tech sector cold war. On 15 May, the US Commerce Department passed the Foreign Direct Product Rule which prevents Chinese technology giant Huawei from using US intellectual property (software and equipment) to produce semiconductors, even ones that are designed in-house. This effectively cuts Huawei off from Asian semiconductor fabrication plants.

However, it does not prevent semiconductors designed by other companies, and manufactured with US technology, to be sold to Huawei. In other words, the restrictions are narrower in scope than we had feared, with a focus on hindering Huawei’s advances in 5G.

The race for 5G

President Donald Trump’s administration knows that having the first-mover advantage in the next generation of telecom standards can lead to huge rewards. The US was the first to build up 4G and captured most of the value in that ecosystem. According to a Recon Analytics study, this included $100 billion in additional annual US GDP, or 0.5 per cent of 2016’s total GDP. Eventually, US operating systems became the dominant platforms with Android and iOS market share increasing from 17 per cent in 2009 to almost 100 per cent by 2016.

Fast forward to today: China wants to be the first to build a 5G ecosystem and indeed appears to be leading. It’s early days but we see the race as a close one so far, with US trailing by a few months.

The three primary areas of the global tech supply chain that are most likely to be affected by the US action will be semiconductor chips, smartphones and the 5G network. Some of Huawei’s competitors will gain market share, and Huawei’s suppliers will largely experience disruption. So far China hasn’t retaliated directly, but it’s possible we could see bans on US products, with potential targets including companies such as Apple and Qualcomm, among others.

For semiconductor chips, a clear beneficiary is Mediatek, which will replace Huawei’s own in-house chips in Huawei phones. In a blue-sky scenario, this could potentially add 200 million units to Mediatek’s current 350 million in annual smartphone chips sales. We also expect Japanese semiconductor equipment companies like Murata to reap gains longer term, as Japan becomes like the Switzerland for technology hardware in the region, able to trade freely with all sides.

On the other hand, some suppliers with strong US ties are being forced to choose sides and will lose sales in the near-term. Taiwan Semiconductor Manufacturing Corp. (TSMC) has halted new orders from Huawei, which is its second-largest client behind only Apple and accounts for 15 to 20 per cent of annual revenue. TSMC also announced in May it would build a new $12 billion chipmaking plant in Arizona, backed by subsidies from the US government.

For smartphones, the recent sanctions were less painful than expected because Huawei can still use externally-sourced chips make its phones. However, the higher costs will still drag down Huawei’s dominant market share.

Huawei has been a leading innovator with its advanced camera technologies and 5G adoption. It sells 50 million smartphones per quarter, or 16 to 18 per cent of global market share, and has 43 per cent share in domestic China. As a result of the sanctions, their price-performance ratio will fall over time, and other players like Xiaomi, Oppo, and Vivo will take a greater share of the pie. We believe Huawei’s smartphone market share in China will likely decline back to the levels seen prior to the trade war, while sales could eventually fall to zero in overseas markets due to loss of competitiveness.

As 5G expansion is the focus for the US, the Foreign Direct Product Rule deals a death blow to Huawei’s base station chips business. In response, Huawei is building up its war chest of 5G base station chips before the 120-day grace period ends in mid-September. If Huawei has difficulty sourcing chips longer term, the impact will ripple out to Chinese telecom and tower companies, slowing down the 5G rollout and raising capital costs.

Competitors such as Ericsson and Nokia in Europe could benefit from Huawei’s 5G buildout being hindered, and the US government has talked about taking a stake in them, which, according to Attorney General William Barr, would “blunt” Huawei’s “drive to domination.”

Eventually, the whole tech chain will de-mingle and fan out, as dual technology ecosystems take shape. More assembly plants will move from China to the US or its economic allies, which we are already seeing in places like Mexico and India. The Covid-19 crisis also adds fuel to this trend, as companies look to make supply chains more sustainable by making them shorter and simpler.

While we expect more sabre-rattling to come, we also see opportunities for long-term investors. The US has accelerated the development of China’s hardware ecosystem, which already exists for software and internet companies. China is a huge market for consumer electronics, with high potential for localisation and domestic technology. Companies like Huawei show that China is catching up or ahead in many areas of innovation, such as artificial intelligence. But investors in the sector may need to be more selective.

The 5G race has yet to run its course, and much remains at stake. Longer-term, a dual-technology ecosystem appears more likely, which could mean a larger but more complicated market for investors to navigate.