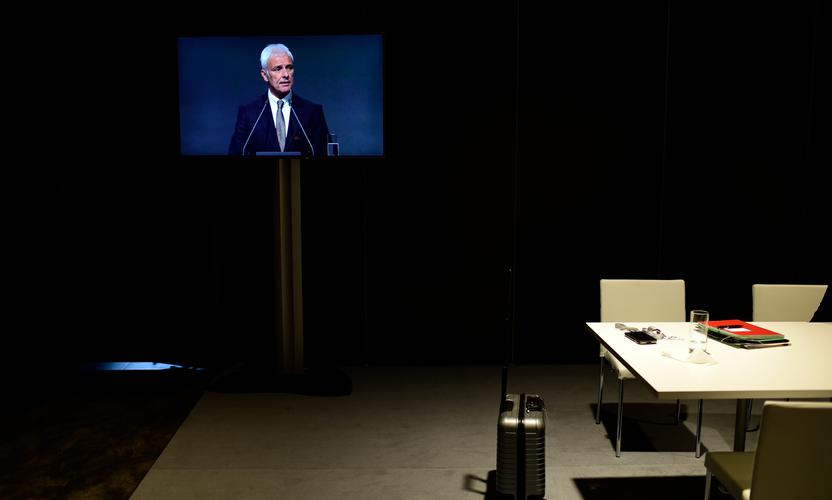 For millions of shareholders around the world, annual general meetings in the past two years have taken place not in conference rooms or cavernous auditoriums, but in the flickering glow of a computer monitor at home.

Now as many economies emerge from lockdowns, the question for investors and companies is whether fully virtual meetings should be the new norm despite some of the corporate governance drawbacks this could bring.

When the pandemic first hit, it drove a slew of legislation globally allowing companies to hold meetings exclusively online. As these powers begin to expire, some in the coming months, many companies are going to want to amend their articles of association to entrench such meetings as a norm. But, in our experience, a permanent switch to virtual-only meetings would be bad for shareholders. As companies seek to incorporate virtual formats into their shareholder meetings, Fidelity International has tended to support meetings offering a hybrid of in-person and virtual formats, or a limited number of virtual-only meetings conducted under pre-specified conditions.

There are several reasons for this stance. We believe that the in-person format still offers shareholders a pivotal say in governance. Other formats could make it easier for managements to shunt aside or downplay unwelcome questions or proposals from investors. In Southeast Asia, the Malaysia-based Minority Shareholders Watch Group last year said questions submitted by its staff during virtual shareholder meetings were ignored, and some were not even read out. In Germany, Fidelity two years ago chose to send an in-person representative to one contentious meeting - a departure from the usual practice of institutional investors relying on proxy voting - when we needed to respond to a controversial board election.

An in-person platform allows shareholders to command attention and add emphasis should they want to deliver a statement, ask pointed questions, or defend their rights. And not everyone has the same private access to senior managements as institutional investors do.

As rising numbers of companies move to amend their articles to entrench the online meeting format, such resolutions could pave the way for virtual-only gatherings to remain the norm even after the pandemic.

A shift long in the works

Even before Covid arrived, global investors have been voicing concerns over the gradual elimination of in-person meetings, a change that has been going on for about a decade.

It generally isn’t common for institutional investors to physically attend shareholder meetings, pandemic or otherwise. But all shareholders, large or small, benefit from having the option to show up when the occasion demands. Annual general meetings still are often the only way a shareholder gets to meet a board.

For all their virtues, virtual formats do allow room for questions to be curated, such as by being rephrased or lumped together with others, investors say.

Showing up in person is sometimes imperative in some markets such as Germany, which allows proposals to be submitted at shareholder meetings outside the ballot. In the German case two years ago, Fidelity sent a representative to the shareholder meeting as voting by proxy wasn’t an available option for that meeting.

As more companies try to adopt virtual-only formats, one key consideration for shareholders is whether managements specify the circumstances under which they would do away with in-person meetings.

For example, Japanese companies are currently allowed to hold virtual-only meetings for two years using temporary regulatory relief without amending incorporation articles. Some are attempting to go further - and meeting resistance from investors. In Japan, we voted against a proposal in February by a fintech startup to permanently switch to virtual-only meetings without any further need to consult shareholders.

In our experience, managements can gain investor support when they voluntarily limit their ability to normalise virtual-only meetings, sometimes by simply making a gesture of sincerity. Consider the example of tech company Coconala Inc, which responded to an investor engagement on the issue with a public statement saying it would limit virtual-only shareholder meetings to emergencies where a physical meeting would be difficult.

Similarly, investors supported Takeda Pharmaceutical Company Ltd when it amended its articles last June to allow for virtual meetings, but specified that these would only be held when in-person meetings aren’t appropriate, such as during a natural disaster or the spread of a disease.

In coming months, companies are going to assess how much of the virtual venue they can and should retain. The way they approach this issue and their accountability to shareholders’ interests in the process will be matters of fundamental importance for investors in the post-Covid age.