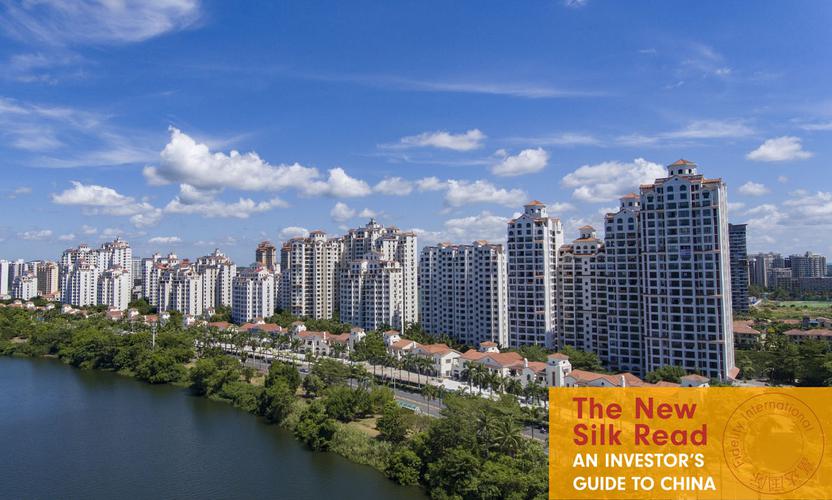 What do investments in robots, education, electric cars and online entertainment have in common? Chinese real estate, of course. Each sector has been the focus of a recent attempt by a Chinese property developer to diversify away from its core reliance on selling new homes.

But after numerous forays into far flung sectors met with scant success, Chinese developers seem to have finally discovered a sweet spot to help them diversify revenues- one that is literally close to home:  property management. Much to developers’ surprise, standalone spin-offs of their property management businesses are fast becoming market darlings in Hong Kong, fuelling a mini-boom in IPOs. Consider for example China’s largest developer by sales, Country Garden. Shares of the company’s management arm have risen about five-fold since their mid-2018 listing, compared to a decline in the developer parent company’s shares over the same period. Similarly, shares of China Overseas Land’s management unit have nearly tripled over the last two years, dwarfing a low single-digit gain for the parent.

The rush to spin off property managers is an equity story at heart, but from a credit investor’s perspective, we think Chinese developers will receive a credit profile boost from the red-hot IPOs, which offer a much-needed new funding source. A more stable income stream from management fees will support earnings growth over the long term, especially as policymakers maintain curbs on home sales. Spun-off management units typically remain controlled by developer parents or their controlling shareholders.

In addition to concerns about government curbs and high leverage, Chinese developers that rely on apartment sales are facing long-term demographic headwinds. China’s population is widely forecast to peak in about a decade, while the number of citizens above 65 years is projected to rise by 70 per cent over the next 15 years to 310 million, or 22 per cent of the population, up from about 13 per cent of the population today. Meanwhile, the preference for investing in real estate has pushed China’s national home ownership rate above 90 per cent, compared to less than 70 per cent in the US.

Just as the demand-driven business model around home sales starts to lose favour, property management has emerged as a sunrise industry - one that is capturing the market’s attention. Residential property managers typically charge fixed monthly fees in exchange for services ranging from security to cleaning, repair and food delivery. There seems to be plenty of room for growth given a low market concentration rate and meagre fee levels. An asset-light model, a sticky client base and stable cash flows are also highly appealing aspects of the property management business.

At 23 billion square metres under management, the market is still expanding at a decent 4.8 percent annual rate, according to Morgan Stanley estimates. China’s top 10 property managers share only 11 per cent of this fragmented market, while the 10 biggest developers account for 21 per cent of new home sales. We believe consolidation is on the way, as large managers accelerate their expansion with funds raised in IPOs and follow-on offerings. They also stand to benefit from a steady pipeline of new flats being sold by their developer parents.

There is ample room for potential price hikes, if we look at management fee levels in more mature markets. In China’s largest city, Shanghai, managers charge on average 2.6 renminbi (37.6 US cents) per square metre per month for high-rise residential buildings, according to a report by the Shanghai Property Management Association. That’s less than one tenth of fee levels in Hong Kong for similar buildings. For context, Shanghai homes are about 60 per cent cheaper than Hong Kong’s on a per square metre basis. Chinese households spend an average 2.7 per cent of their disposable income on management fees, based on Morgan Stanley estimates.

As China’s largest residential manager, Country Garden Services posted a revenue of $1.4 billion last year, more than triple its 2017 tally. Still, the company’s revenue is over 40 per cent below that of FirstService in America, implying vast growth potential in the Chinese market. Second-placed Greentown Service reported $1.2 billion in 2019 sales.

Property management is so far the most successful business line of the Country Garden group outside home sales. Last year, the developer revealed an ambitious five-year plan to invest 80 billion renminbi ($11.6 billion) in making robots, including automatic bricklayers and waiters/waitresses, but the robot foray has yet to make any meaningful contribution to the group’s revenue. Another real estate giant, China Evergrande, has ventured into electric-car production, planning to burn through some $6 billion in three years from 2019. However, the capital market is showing greater excitement about Evergrande’s management unit, which has raised $3 billion in pre-IPO financing this month.

The Covid-19 crisis has added to a rise in demand for high-quality management service in China. Residents are increasingly relying on property managers to tighten gate control, hand out masks, check body temperature, deliver food and even track down potential virus spreaders. We are seeing greater willingness to pay for good management service.

Management stocks often trade at 40-60 times earnings in Hong Kong, compared to multiples of mid-single digits for their developer parents. It's hard to find another sector with such a wide and systematic valuation gap between parents and subsidiaries.

At these valuations, equity investors risk being overly optimistic about property managers while under-pricing developers, given their high correlation. Growth forecasts for property management depend considerably on home sales, after all. There is also the risk of some property managers inflating their financial numbers to maximize fundraising in IPOs. As such, we expect the valuation gap to narrow over the long run.