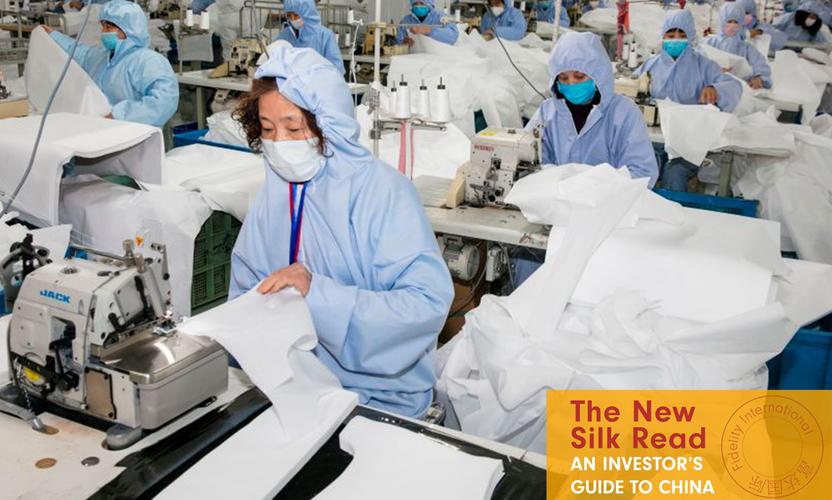 Modern supply chains are constantly being stress tested. The best-run companies regularly assess how their manufacturing operations would be impacted by unpredictable events, but no strategy is disaster-proof, and the outbreak of a novel coronavirus in China, known as Covid-19, is putting pressure on supply chains across multiple sectors.

To limit the spread of Covid-19, Chinese authorities extended the weeklong Lunar New Year holiday by several weeks beyond 30 January. Factories have stayed closed for longer and restrictions on movement have stopped people and goods from being transported.

Not all companies shut for New Year; display panel and semiconductor makers remained open, for example. But others are struggling to get back to business, as workers have yet to return from their holiday travel destinations or, if they did, may still be subject to quarantine precautions. Some companies must apply for licenses or permits to restart operations.

In some sectors, such as apparel, most stages of manufacturing, other than harvesting cotton, take place under one roof, while other industries, such as machinery, have sprawling interconnections across countries. Car makers not only have complex supply chains but also employ ‘just-in time’ scheduling, which leaves only a short window of time for parts to arrive. In this article, we break down the supply chain disruption caused by Covid-19.

Companies in China generally build up inventories in anticipation of Lunar New Year, which can help smooth some of the lost production from the current extended shutdown. Consumer electronics, for example, are known to have slow sales and excess stock during New Year. Even though inventories were high however, workers have been in short supply. The public holiday meant many workers were visiting family when travel restrictions were imposed. Even as they are coming back, 14-day quarantine rules are delaying them from returning to work.

While many companies are providing updates on factory open rates, very few give worker numbers so it’s difficult to assess how active those factories are until quarterly reporting disclosures are made. In the meantime, we can get a sense of the transport disruptions by looking at alternative data. Flight data gives an indication of how many people have been displaced and unable to travel back to work from their holidays.

Worker displacement has affected Apple’s launch of its new low-end handset, the iPhone SE2. Originally scheduled for release in March, but now likely to arrive in April, a lack of staff and overseas specialists mean production in supplier factories is falling short and new designs cannot be approved.

Corporate inventory levels give clues as to which companies are most exposed to supply chain weaknesses. Sportwear maker Nike receives 17 per cent of its revenues from China, and the country is its highest margin region, but its 95 days of global inventory on hand should mean its able to withstand low production for some time.

Most industrial companies are now back on line but not necessarily operating at full capacity. In the industrial automation sector in China, our conversations with companies suggest utilisation rates are around 50-60 per cent, compared with 90-95 per cent in December.

Companies are also wary of running capacity too high, given that the complex supply chain could introduce bottlenecks. Automation managers are aiming to reach around 80-90 per cent utilisation by the end of February - if the actual level ends up lower that could be a sign of supply chain problems. More broadly, electricity demand can indicate how far the aggregate level of factory utilisation is from previous peaks. Power consumption indicates that, as of 18 February, activity is down 45 per cent compared to this point last year.

Complex supply chains are sensitive to faltering links. Hyundai closed its factories in South Korea for three days because of a shortage of wiring harnesses from Chinese suppliers - you can’t build a car with 99 per cent of parts. But this is a rare example so far of complete auto production shutdown as a result of the coronavirus. It’s very difficult to predict where bottlenecks or sourcing difficulties will appear, but the absence of any other cases is itself a positive sign.

Dual-sourcing and localisation builds some resilience

Where possible, companies localise production for a tighter grip on their sourcing network. Global industrial companies, on average, receive around 10 to 15 per cent of production and sales from China. Sourcing parts internationally exposes a company to delays, local specifications, higher transportation costs and tariffs.

To reduce this risk, dual sourcing is used in most industries, including automotives and tech hardware, but it’s not a perfect solution. It can take months to ramp up production from alternative suppliers. Apple is a company with a dual sourcing policy that appears robust, but it is facing production delays at its Shenzhen supplier; alternate production sites in northern China and India do not have the same scale.

Global tech companies rely on China for large swathes of their supply chains, but operations tend to be clustered on the east coast or in Shenzhen, just north of Hong Kong; there is little direct dependence on Hubei province where the outbreak began. However, if there are issues in those regions the pain will be felt universally by large tech firms given this shared exposure, although Samsung could be a beneficiary as its operations are concentrated in South Korea.

The transportation of workers, goods and parts is being hindered by travel restrictions and a lack of drivers. One company in the electronics supply chain reported to us that it usually takes only one hour to travel between Kunshan and Wuxi, both near Shanghai and well away from Hubei province, but that this journey recently took 10 hours.

Such delays have the potential of disrupting the supply chain, but not derailing it. Companies could mitigate delays by switching to alternative modes of transport. Ocean or river shipping is slow and could face port restrictions, but air freight is more expensive and could impact margins. The companies better able to withstand these obstacles are those with stronger or utility-based brands that have pricing power, such as Nike, as opposed to more generic clothing brands.

Regulation is another logistical challenge. Factories may require permits to reopen, creating bottlenecks with local authorities, and interrupting complex supply chains - a large plant may receive rapid approval but have to wait for a critical part from a smaller facility still waiting for authorisation.

The supply chain is one side of the equation, demand is the other. Purchases of durable goods such as appliances or machinery tend to be deferred when there is a temporary shock because these items are required by the customer. Discretionary purchases such as everyday apparel are at greater risk of demand destruction.

We expect first quarter sales numbers, and even second quarter to some extent, to be significantly lower than last year as demand is impeded by covid-19, but there is a good chance of a sharp recovery thereafter. The 2002-2003 SARS outbreak was followed by a snapback in pent up demand for goods such as luxury items as the virus petered out. And, while consumer demand looks to be down this quarter, industrial demand has so far remained fairly robust.

In the auto sector, we expect light vehicle demand to be down significantly, but based on a benign outlook where the virus remains contained, we could see a sharp rise in production in the second half of the year, leaving full-year sales figures relatively unchanged.

We don’t see any significant destruction of demand at this time. We do expect purchases to be deferred, possibly for a quarter or two, but as things stand, overall demand for the full year in most industries should be relatively unchanged. However, if the spread of the virus accelerates or takes longer to reach its peak, it could affect full-year numbers.