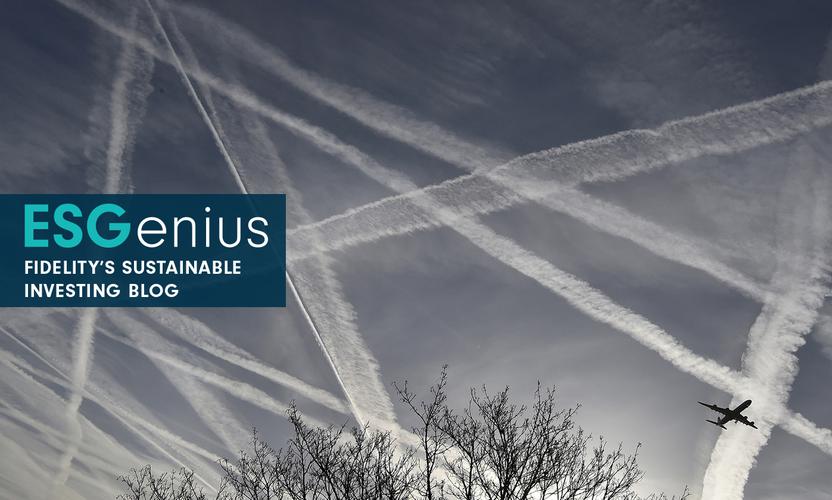 European airlines have had a tough time recently. Rising fuel prices, global growth fears, overcapacity and staff disputes have all played their part in a collective decline of 40 per cent compared with the MSCI Europe since the start of 2018. Partly as a result of the negative sentiment, however, several companies in the sector with good structural growth prospects, such as Wizz Air and IAG, look attractive in valuation terms.

When researching companies, I carefully weigh the impact of long-term secular trends on profits and consider each company through an ESG lens. On this basis, data shows the phenomenon of flight shaming is already starting to reduce passenger numbers in Sweden. But will it catch on elsewhere in Europe and become a bigger issue for the industry as a whole?

What is flight shame?

Flight shame is the term used to describe the growing unease some would-be travellers have with the emissions aeroplanes produce that contribute to global warming. It takes the average person eight years’ worth of diligent recycling to reduce CO2 emissions by as much as giving up just one transatlantic roundtrip by plane. The movement has been gaining popularity for several years in Sweden and was propelled further into the limelight this year by the teenage activist Greta Thunberg’s decision to attend the UN Climate Summit in New York by sail boat rather than plane.

In Thunberg’s native Sweden, monthly passenger numbers fell by an average of 3.4 per cent year-on-year between October 2018 and August 2019. Compare this with Germany, which has seen an average monthly increase of 5.2 per cent in the same time, and it’s little wonder Rickard Gustafson, CEO of Scandinavian Airlines, said earlier this year he was convinced flight shame is causing Swedish travellers to think twice about flying.

At the moment flight shame garners most enthusiasm in younger travellers. They are more price sensitive and have less money to spend, therefore posing a less significant danger for airlines. But if the sentiment were to spread to corporate travel, a key driver of airline revenues, it would represent a major problem for the industry.

The costs incurred per flight, such as plane leasing, staff costs, fuel, and airport fees are largely fixed no matter how many seats on the aircraft are occupied. This makes airline margins particularly sensitive even to small declines in passenger demand. And while it’s true that demand for air travel is growing rapidly in Asia as disposable incomes rise, long-haul European carriers only receive a low proportion of sales from this market, while regional carriers evidently have no exposure at all.

Regulations also appear to be moving in the wrong direction for airlines. Germany recently announced a raft of measures aimed at reducing climate warming, including increasing tax on flights and reducing it on long distance rail journeys. Currently, aviation fuel and intra-Europe plane tickets are not subject to VAT, but this may change given increasing pressure on the European Commission from environmental activists. So far, airlines appear optimistic they can cope with this kind of regulatory change by passing costs on to consumers.

In the past, the airline industry has responded to threats, particularly increased competition, by cutting costs and then lowering prices. But flight shame poses a problem that cannot be solved in the same way. Technology that would greatly reduce harmful emissions, such as electric planes or significant increases in fossil fuel efficiency, is still decades away.

As this is an emerging social trend, it is impossible to predict how far or fast flight shame could spread from Sweden to other European countries. But it is something I am watching closely and plan to commission a private survey in the coming months to further investigate the scope and potential of this phenomenon. The low returns of airlines mean even a small change in attitudes could make life difficult, and there is little they could do about it. For now, I am focused on airlines with strong or improving ESG characteristics, attractive valuations and good structural growth stories that are not under imminent danger should flight shame spread.

This document is for Investment Professionals only and should not be relied on by private investors. This document is provided for information purposes only and is intended only for the person or entity to which it is sent. It must not be reproduced or circulated to any other party without prior permission of Fidelity. This document does not constitute a distribution, an offer or solicitation to engage the investment management services of Fidelity, or an offer to buy or sell or the solicitation of any offer to buy or sell any securities in any jurisdiction or country where such distribution or offer is not authorised or would be contrary to local laws or regulations. Fidelity makes no representations that the contents are appropriate for use in all locations or that the transactions or services discussed are available or appropriate for sale or use in all jurisdictions or countries or by all investors or counterparties. This communication is not directed at, and must not be acted on by persons inside the United States and is otherwise only directed at persons residing in jurisdictions where the relevant funds are authorised for distribution or where no such authorisation is required. Fidelity is not authorised to manage or distribute investment funds or products in, or to provide investment management or advisory services to persons resident in, mainland China. All persons and entities accessing the information do so on their own initiative and are responsible for compliance with applicable local laws and regulations and should consult their professional advisers. Reference in this document to specific securities should not be interpreted as a recommendation to buy or sell these securities, but is included for the purposes of illustration only. Investors should also note that the views expressed may no longer be current and may have already been acted upon by Fidelity. The research and analysis used in this documentation is gathered by Fidelity for its use as an investment manager and may have already been acted upon for its own purposes. This material was created by Fidelity International. Past performance is not a reliable indicator of future results. This document may contain materials from third-parties which are supplied by companies that are not affiliated with any Fidelity entity (Third-Party Content). Fidelity has not been involved in the preparation, adoption or editing of such third-party materials and does not explicitly or implicitly endorse or approve such content. Fidelity International refers to the group of companies which form the global investment management organization that provides products and services in designated jurisdictions outside of North America Fidelity, Fidelity International, the Fidelity International logo and F symbol are trademarks of FIL Limited. Fidelity only offers information on products and services and does not provide investment advice based on individual circumstances. Issued in Europe: Issued by FIL Investments International (FCA registered number 122170) a firm authorised and regulated by the Financial Conduct Authority, FIL (Luxembourg) S.A., authorised and supervised by the CSSF (Commission de Surveillance du Secteur Financier) and FIL Investment Switzerland AG, authorised and supervised by the Swiss Financial Market Supervisory Authority FINMA. For German wholesale clients issued by FIL Investment Services GmbH, Kastanienhöhe 1, 61476 Kronberg im Taunus. For German Institutional clients issued by FIL (Luxembourg) S.A., 2a, rue Albert Borschette BP 2174 L-1021 Luxembourg. In Hong Kong, this document is issued by FIL Investment Management (Hong Kong) Limited and it has not been reviewed by the Securities and Future Commission. FIL Investment Management (Singapore) Limited (Co. Reg. No: 199006300E) is the legal representative of Fidelity International in Singapore. FIL Asset Management (Korea) Limited is the legal representative of Fidelity International in Korea. In Taiwan, Independently operated by FIL Securities (Taiwan ) Limited, 11F, 68 Zhongxiao East Road., Section 5, Xinyi Dist., Taipei City, Taiwan 11065, R.O.C Customer Service Number: 0800-00-9911#2 . Issued in Australia by Fidelity Responsible Entity (Australia) Limited ABN 33 148 059 009, AFSL No. 409340 (“Fidelity Australia”). This material has not been prepared specifically for Australian investors and may contain information which is not prepared in accordance with Australian law. IC19-220