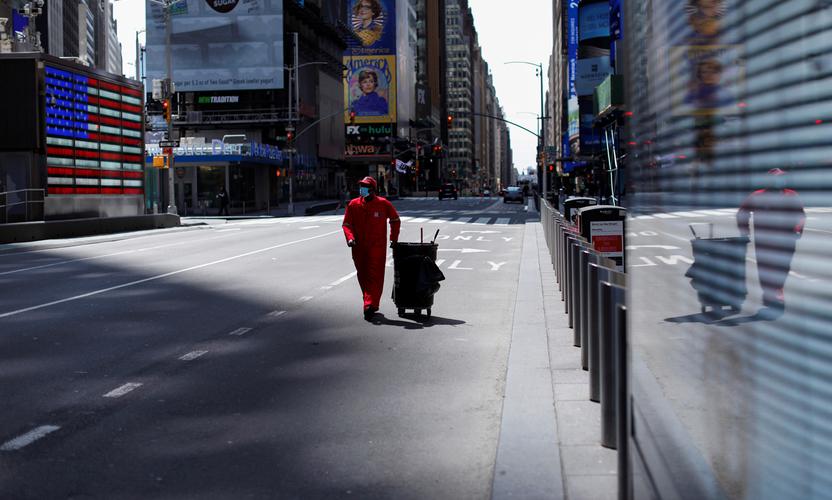 In the immediate term, the gap is opening up between winners and losers from this crisis and investors have become more discerning about what they buy: the indiscriminate search for yield that has dominated a decade of low rates is over.

Demand effects filter through to US car use and beyond

While markets continue to stabilise, and even show signs of healing, further evidence is emerging of the impact of economic lockdowns in the real world. Oil markets suffered a technically-driven sell-off this week, but catalysed by historically weak fundamentals.

“Certain fund vehicles that offer exposure to oil have had to roll their exposure ahead of the next month, creating heightened selling pressure on the current futures contract, and sending the price dramatically lower as no buyers appeared. The need for storage amid oversupply and the dramatic drop in demand have been the important factors behind this,” says Andrew McCaffery, Global Chief Investment Officer.

Fidelity analysts have been monitoring a number of high frequency indicators to determine the economic impact of Covid-19, including gasoline sales and the number of miles travelled in the US. As restrictions were imposed in March, the larger American cities saw a 25-30 per cent decline in car use, which has since probably fallen further. This is likely to affect oil price volatility and other industries too.

Stock markets, in our view, currently appear optimistic given the level of uncertainty around the trajectory of the virus, and the likelihood of a slower, more extended U-shaped recovery as things gradually return to normal.

“For equity markets, there is a degree of having to think through whether that [weak oil demand] profile will manifest in other sectors and the broader economy. And what does that mean in terms of a recovery if it’s a phased process and if we were to suffer a second or third wave?” says McCaffery.

More opportunities are likely to emerge as the economic outlook becomes clearer, but it continues to be important to look closely at individual balance sheets and longevity, rather than focus purely on forward earnings guidance as the first quarter reporting season gets underway.

Fed action is off the charts

Risk-reward ratios appear more attractive in parts of the fixed income market. While liquidity is still a challenge in some areas and transaction costs high, the immense size, scale and reach of central bank intervention has calmed markets and helped global bond spreads to narrow. In mid-March, the Federal Reserve was buying about $75 billion of Treasuries a day. Now it is buying around $40 billion a day.

“When you compare today’s Fed action with the previously most aggressive point of QE purchases in April 2009, when the Fed was buying $120 billion of assets a month, this scale of liquidity support is off the charts,” says Steve Ellis, Global CIO, Fixed Income.

In addition to monetary intervention, the US has authorised $2 trillion of fiscal aid, with a further $484 billion agreed by the Senate and awaiting House approval. Despite this huge intervention, we remain cautious about where bond markets will go from here.

“Global high yield spreads had widened to an extreme of 1100 basis points, but have since narrowed to 770. If you take that spread and back out a cumulative five-year default scenario, you get to a 20 per cent cumulative default rate. But there’s still a lot of uncertainty as to where the true rate is,” says Ellis.

While expected returns from high yield may be harder to assess, a lot of bad news is priced in, and flows have been returning in certain areas like China and Asia. In emerging markets, meanwhile, hard currency spreads have widened substantially - from 300 to 600+ basis points in the EMBI Global Diversified Index, for example. This has been justified in many cases (e.g. oil producers), but the selling has been indiscriminate, creating opportunities among longer-dated, investment grade-rated sovereigns. Nonetheless, investors returning to the market have been more selective and demanded higher premia for riskier debt than in the recent past.

Persistently negative real yields likely to be the new normal

With total debt outstanding now circa $265 trillion globally, central banks will have to keep real rates low or drive them even lower to keep the debt serviceable. This has been reflected in US 10-year real yields (that discount inflation), which are now at -50 basis points.

“Persistently negative real yields are likely to be the new normal. Back in December 2018, markets erupted because real yields moved higher as the Fed tried to normalise its balance sheet. If markets couldn’t cope with that move then, imagine if it happened now,” says Ellis.

Instead, more yield curve control and debt monetisation are likely, which could lead to a turning point for the US dollar. Over the medium to longer term, if asset price (and goods price) inflation re-emerges while demand is still weak, stagflation could be the result. And this could be exacerbated by trends such as  de-globalisation, as more supply chains move to be local and regional.

Following the immediate demand shock, however, and with more evidence of it to come, investors may wish to consider a combination of exposures: holding some companies that could benefit from a V-shaped upswing, while planning for a slower U-shaped recovery and tactically holding cash to capture specific opportunities that may arise.