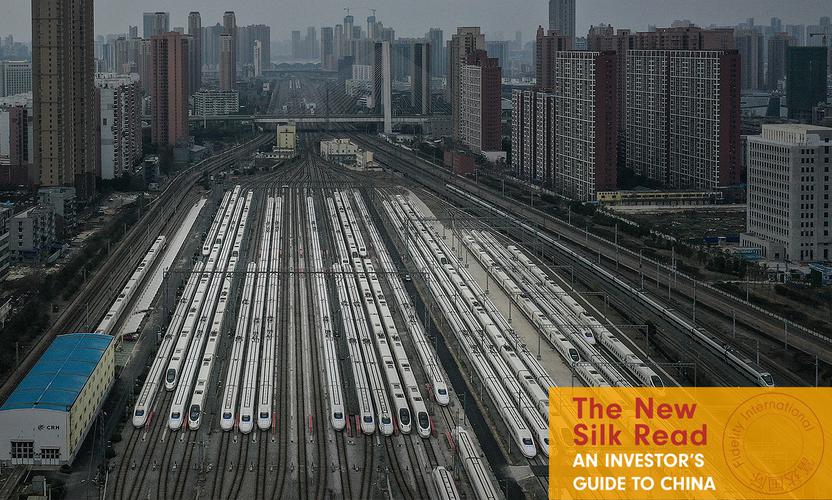 What happens when the world’s second-biggest economy goes on temporary lockdown? For starters, domestic transport gridlock has disappeared as cities and towns quarantine anyone arriving from outside. Meanwhile, property sales collapsed over the Lunar New Year in an expected holiday lull. More worrying is that, weeks later, they still haven’t recovered.

The Covid-19 outbreak has delivered an exogenous shock to China’s economy, one that also has ramifications for global growth.

But for investors trying to understand the severity and dimensions of the financial impact, and how to respond, it’s crucial to note two key variables: 1) the disruptions are temporary and will be largely reverse as activity resumes and the coronavirus outbreak is brought under control, and 2) policymakers are reacting with very aggressive stimulus measures. More on the latter shortly.

The novel coronavirus outbreak continues to spread in mainland China but the pace of new infections appears to be slowing. Still, how big the short-term blow to China’s overall economy will be depends on how long the disruptions last. There are signs in recent days that some factories and businesses are starting to come back online after nearly a month-long break, but across the country the situation is still far from business-as-usual.

For illustration, if China’s first quarter GDP growth fell to 4 per cent from 6 per cent, it would shave roughly half a percentage point from quarterly global output.

We think the bottom line for Chinese policymakers trying to alleviate the economic impact from the virus outbreak is straightforward: stability comes first.

This is a crucial year for the leadership in Beijing; by 2021, the 100th anniversary of the Party’s founding, China is meant to have become a xiaokang shehui, or a moderately well-off society (a term coined by Deng Xiaoping in the late 1970s). Jiang Zemin in 2002 added a goal of doubling annual GDP between 2010 and 2020, and Hu Jintao in 2012 added doubling household income targets by 2020 to the list. It falls on current president Xi Jinping to deliver on these, and against this backdrop we think China will try very hard in the coming quarters to make up for the growth lost in the first quarter due to the virus outbreak.

Already, recent weeks have brought a steady drumbeat of new stimulus measures from policymakers. The People’s Bank of China injected $21 billion of liquidity via reverse repurchase agreements, while regulators and local governments are guiding financial institutions to ease lending policies to virus-affected regions.

Measures so far can generally be characterised as short-term relief focused on helping small and medium-sized enterprises facing liquidity issues, or specifically targeting sectors or areas that have been hit hard by the outbreak. We have not seen much of the broader, scattergun-type stimulus that China deployed in the wake of the financial crisis in 2008-2009. In our view, this means that while the immediate priority is on delivering effective stimulus, China’s overall leverage level remains a policy concern.

Fiscal constraints in China mean policymakers will need to perform a balancing act between injecting more stimulus and keeping the debt burden in check. On the face of it, China’s official national deficit is still conservative and has stayed below 3 per cent of GDP in recent years. But drilling deeper into the numbers, the fiscal pressures against further easing become clear.

Even with the exceptional measures to offset the virus impact, China’s headline national deficit is unlikely to rise much above 3 per cent this year. However, factoring in special bonds directly issued by provincial and regional governments, we project the augmented fiscal deficit will rise to around 6.5 per cent of GDP this year, up from 5.6 per cent last year - and this is before obligations incurred by quasi-official local government financing vehicles (LGFVs) are considered.

There are also pressures on the revenue side. According to our analysis, last year was the first since 2015 in which the government missed its annual target for fiscal revenue; mainly the result of 2019’s generous tax and fee cuts. As a result, we see limited space for China to make further broad-based tax cuts in 2020.

Balancing the need to tread carefully, we think China still has ample room for further structural measures and monetary easing. The following list is not meant to be exhaustive but highlights our thinking around the broad range of options policymakers may opt to deploy:

Risk assets sold off sharply in China and around the world in late January and early February but have since regained nearly all their lost ground. The market appears to be looking beyond any near-term fallout from the coronavirus outbreak, and investors are clearly sanguine on the outlook for Chinese stimulus yet to be unleashed. However, we think the picture is more nuanced that this.

In the near-term, we anticipate some potential corporate bond supply risk and wobbles in market.  Broadly, markets appear to be pricing in a weak first quarter for China followed by a stimulus-driven rebound. Equities are likely to remain volatile and fresh record highs in the US, for example, suggest global investors may be erring on the side of optimism. Elsewhere, commodities like oil, copper and even coffee have traded lower in recent weeks.

We don’t see the renminbi at significant risk of depreciation against the dollar at present, as an aggressive move in the current environment would be detrimental to the longer-term prospects for China’s recovery. Around the region, economies impacted by tourism, like Hong Kong, Singapore, or Thailand, should see policy support or rate cuts - and likewise for countries intertwined with China’s industrial sector and supply chain, like South Korea.

Amid all of this, there are bound to be miscalculations, and surprises, for investors.

There is a chance that forthcoming stimulus measures from Beijing could fall short of what’s already been priced into the market. On the other hand, there are also risks if China opts for a bolder policy response that exceeds expectations. This would inevitably lead to a short-term sugar high for markets, but one that is followed by misallocations of capital that may not become evident until much later, with negative long-term implications for China’s ability to manage its debt burden. In this environment, we’re happy to remain selectively overweight on credit risk.