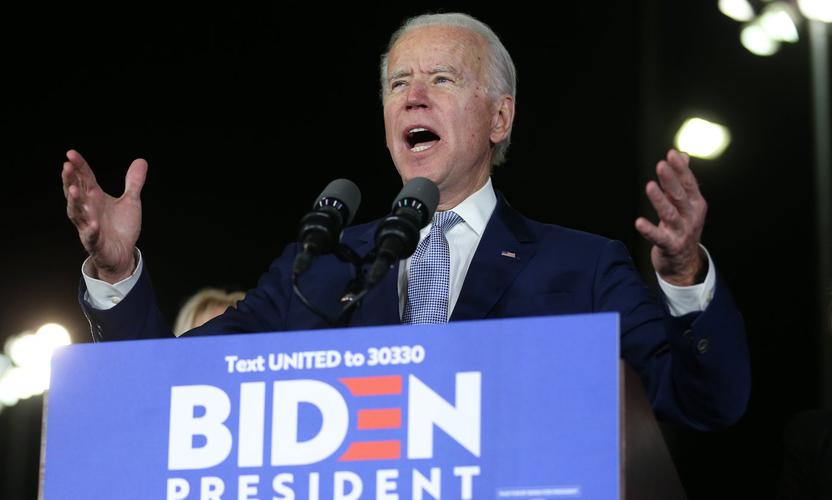 And then there were two. Well, sort of, because we still have four major democratic candidates - but only two matter now as far as momentum and betting markets are concerned. It has been a long slog, but after Super Tuesday we finally have some clarity, compared to last year when we started with a field of around 30 candidates. Joe Biden appears to have taken a lead over Bernie Sanders in what now looks like a two-horse race for the Democratic nomination, following a strong performance in Tuesday’s primaries covering about a third of all state delegates; Elizabeth Warren and Michael Bloomberg are mainly relying on hope at this point.

I expect President Donald Trump will run his election campaign on the strength of the US economy, which has been strong with unemployment levels at 50-year lows (although the coronavirus outbreak could complicate things). Democrats on the other hand will focus on the central issues of healthcare, climate change and inequality, as these are the most important issues for their base as shown by the recent Gallup Poll.

Of these three issues, healthcare is the one area where the Democratic base is most energized, because despite spending the most on healthcare as a percentage of GDP, the US remains the only country in the developed world without a universal health service. The lack of universal healthcare hurts the democratic base the most and we should expect significant rhetoric on this over the next 8 months.

As the leading contenders for the Democratic nomination, the agendas of Senator Sanders and Biden are as different as chalk and cheese, despite being from the same party. Biden is the centrist candidate and, simply put, wants to run a third term of the Obama Presidency. His signature policy is the expansion of Affordable Care Act to get to universal healthcare and spend big on infrastructure which will be fully funded by minor tax hikes. The markets seem to prefer him for Democratic nominee as he is the least disruptive option to status quo. The Democratic party itself also wants him to succeed as he is perceived by many to be their best bet for winning against President Trump.

Sanders, on the other hand, is from the progressive wing of Democratic party and is positioned to the left of most other candidates. His agenda is radical - he wants free healthcare, significant spending for climate change, forgiveness for student debt, free education, jobs and free housing for poor people, and to expand social security. And he wants to fund this by significantly expanding taxes across the board. His critics think that his plans are completely irrational and would expand debt by $60 trillion over the next 10 years.

The markets have not cared much for the impending elections so far, and have been more preoccupied by the impact of the Covid-19 coronavirus outbreak on the world economy. There also seems to be a “heads I win, tails you lose” mentality in place as far as elections are concerned. The market’s muted reaction so far suggests investors view a Biden presidency as largely ‘benign’, and Sanders as unlikely to defeat Trump.

In fact, Trump is so sure that he will win against Sanders that he has asked Republicans to vote for Sanders in open Democratic primaries. This might turn out to be foolhardy, and indeed some parallels can be drawn to 2016, when Hillary Clinton preferred Trump as her opponent because of how unlikely he was perceived to be as a candidate. Just like Trump, Senator Sanders can be polarizing, but he is also unrivalled at energizing his base. His agenda has broad mass appeal and he can stand up to Trump well in a debate. In my view, the markets underestimate Sanders’ ability to win just like they did with Trump in 2016.

Once we get through the impacts of the coronavirus outbreak, markets will start focusing more on the November elections. We will have final clarity by July once the Democratic nominee is confirmed at the party’s national convention. If Biden emerges from the primaries to clinch the nomination, we must consider that he could win against Trump and might reverse some of the recent tax cuts to further his more liberal agenda. If Sanders emerges as the nominee, we cannot dismiss his chances in the general election - and the repercussions of a Sanders presidency could be huge. In either case, markets will start handicapping the possibility of a Democratic presidency, and that stands to create even more volatility in the months ahead.