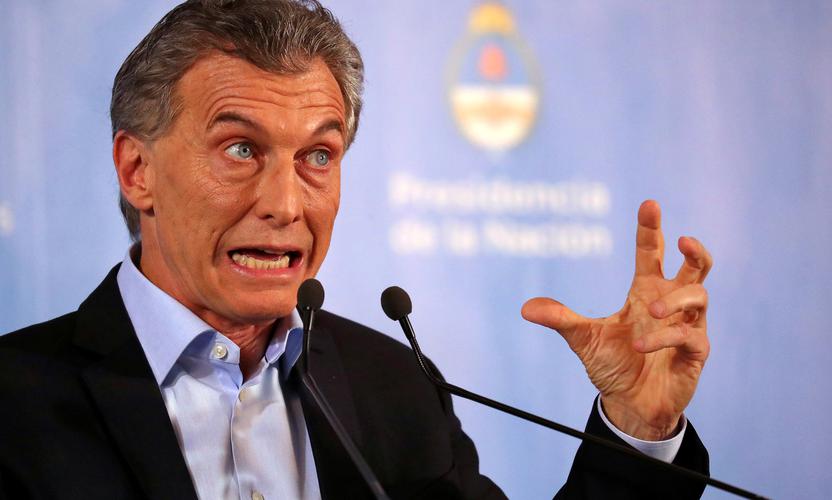 Argentina remains the canary in the coal mine

Over the past two years, investors have piled into the peso for its attractive nominal yields, optimistically buying into President Mauricio Macri’s reform agenda. The resulting inflows were sizeable for what is still a small frontier market, leaving the peso at the mercy of foreign investor sentiment.

Those foreign investors are now looking to exit the trade through a very narrow window, adding pressure to a currency already in crisis because of soaring inflation, an ugly current account deficit, low foreign exchange reserves and tough fiscal targets. Significantly, local investors are also buying dollars. We expect the peso to remain under pressure as capital outflows are likely to persist in the near-term.

With interest rates at emergency levels and the IMF engineering fiscal austerity, it is clear the economy is heading for a hard landing over the next 12 months. This will add political pressure on Macri ahead of elections in October 2019. Inflation will rise, public sector wage negotiations will be extremely difficult for the government, and general labour strikes are likely over the next year. A potential return of Peronism to Argentinian politics would deeply concern the markets given the awkward relationship investors had with the Kirchner dynasty between 2003-2015.

There are no easy answers for Argentina to its current woes, and tighter monetary policy alone will not be enough. So far, the administration’s response to the crisis has been pragmatic, hiking interest rates aggressively and requesting external support from the IMF. But doing exactly what the Fund requested on fiscal targets has not solved the country’s problems, which have been exacerbated by a punishing exogenous backdrop for emerging markets and some government communication challenges, as well as the large positioning overhang from international investors and a difficult political outlook into 2019.

The country needs to rebalance its economy and the inevitable recession will help alleviate its current account deficit problem, but will make its fiscal targets harder to achieve. Its best-case scenario is to overhaul the team managing the country's economy and finances, stick with its tighter fiscal austerity agenda, for the IMF to revise its targets towards a more gradual rebalancing of the economy, and for the external market environment to improve.

External headwinds: Brazil, Turkey, the US

Investors have not paid Argentina’s links with Brazil much attention but the headwinds facing Argentina’s largest trading partner have not helped. Brazil has an outsized fiscal deficit, has failed to deliver a reform agenda and is facing challenging elections in October, for which it is difficult to envisage a benign outcome. All of this will weigh further on the outlook for Argentina.

We think the recent problems in Turkey and Argentina are not the cause of emerging market stress, but more a consequence of tightening global liquidity conditions, a stronger US dollar and global trade/geopolitical tensions. Turkey and Argentina have quite unique vulnerabilities (hefty current account deficits, high inflation, loose fiscal policy, low foreign exchange reserves, and large external financing requirements to name but a few). So it makes sense that the countries with the most acute macro imbalances are suffering the most pain given the challenging external environment.

The broader exogenous environment will remain challenging for all emerging markets. Global liquidity withdrawal is picking up speed as the Fed raises interest rates and shrinks its balance sheet. The US dollar is likely to keep appreciating due to growth and interest-rate differentials between the US and the rest of the world. Global trade tensions remain a headwind for emerging economies into the US midterm elections given their sensitivity to global trade. Add to this an awkward macro mix of cooling growth momentum, higher price pressures and tighter monetary policy in emerging markets, as well as a challenging election cycle in Brazil, and it is clear that pressures will persist.