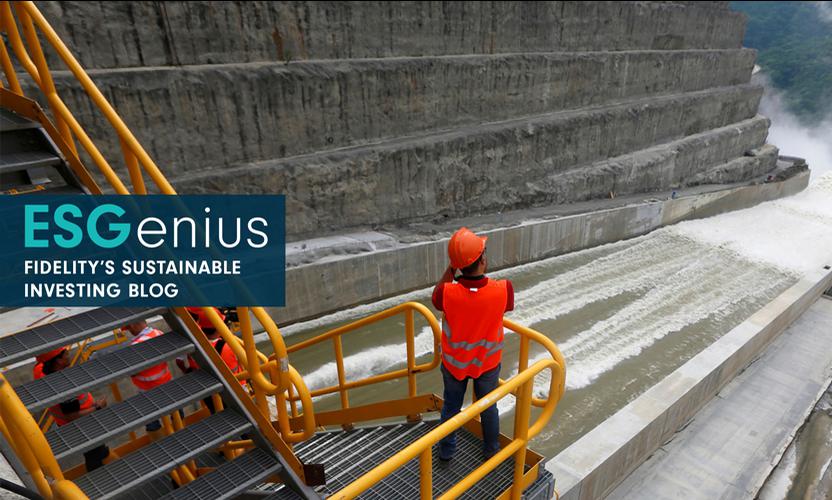 The world of green investing is littered with grey areas. While projects can look great for the environment initially, they often involve sacrifice in other areas. Renewable energy is a good example of how judging the environmental effect can have a big impact on the investment outcome.

For example, Engie, a large European utility, issued two green bonds in 2014 to finance a river hydro-electricity plant in the Amazon basin. But, two years later, saw those instruments removed from the MSCI Barclays Bloomberg Green Bond index - the key green bond index - over controversy on whether hydro plants in tropical regions contribute to carbon dioxide. Investors saw the value of the bonds crash when MSCI announced it was reviewing index membership for hydropower financing bonds (8 May 2015) and when the Engie bonds were kicked out of the index (1 August 2016). Importantly, the value of the bonds changed not because of anything that Engie did directly, but because the external narrative around hydro plants changed.

Hydropower dominates the global renewable energy market but building and operating such plants can lead to harmful effects on the environment and local communities. Dam construction influences the flow of rivers and can alter the ecosystem in negative ways, harming the livelihood of local people. Since 1970, dams have on average led to an 81% decline in freshwater wildlife and displaced at least 40-80 million people globally.

While hydro seems to be the most controversial renewable energy source, solar and wind are not without blame. Large areas of land are required to build utility-scale solar facilities which can affect adjacent land. For example, solar plants built in farming regions cause soil compaction, erosion, and alter drainage channels. Wind parks can have a devastating impact on birdlife, with spinning turbine blades responsible for air pressure changes affecting flight paths and collisions resulting in bird deaths. The actual construction of wind turbines and solar panels also has a significant cost to the environment in raw materials and energy requirements.

What makes these issues so difficult for investors is that even second opinions from well-established ratings agencies seem insufficient to avoid any doubt over continuing green credentials. Not only does the constant evolution of scientific discoveries make it difficult to predict the shelf-life of green bonds, but also market preferences change - what’s to say technology seen as ‘green’ today will remain ‘green’ tomorrow?

Another conundrum surrounds the divestment strategy. Some investors assume ‘old world’ carbon emitters should be sold to ‘send a message’ to these businesses. The problem with this is that it assumes these companies cannot be a positive force for change. Whilst we transition to a low carbon economy we are still reliant on fossil fuels to meet basic needs. By simply selling, we do not reward companies from ‘dirty’ sectors which are seeking to make the transition, and we leave the financing of these companies to investors without a climate change mandate.

Still another problem arises from green securities issued from countries or companies with controversial social and governance policies. Often these issuers are operating in markets with historically high emissions where the government is now working towards improvements. This raises the question of whether such authorities, for example undemocratic governments, are the right way to implement green policies.

The solutions to these dilemmas are not straight forward and we are far from a consensus. My view is that investors with an environmental mandate are best served by taking a pragmatic rather than ideological approach. The urgency of climate change and the fact it doesn’t distinguish between people, region and political philosophy naturally steers investors towards inclusive and comprehensive action. To achieve broader risk/return targets, green portfolios can be diversified by sector and be relatively technology agnostic, otherwise the portfolio could be overexposed to risks or underperform the benchmark.

The urgency of climate change means that projects with relatively quick environmental paybacks can be considered alongside those with better lifetime profiles but longer delivery times. Similarly, investors from developed markets can meet long-term climate goals by financing not just green projects in their home markets but also in emerging markets where overall ESG standards may be lower.

Investors are engaged with the environment, but we are long past the point where a simple green label is enough. Digging into project details will help sort out worthwhile investments, and recognising that some hard choices about whether to invest may have to be made will engender the right mindset. As long as decisions are taken with full awareness, investors will be well placed to stick with their strategy and objectively judge the results in an ever-changing market backdrop.

Important information
This material was created by Fidelity International. It must not be reproduced or circulated to any other party without prior permission of Fidelity.