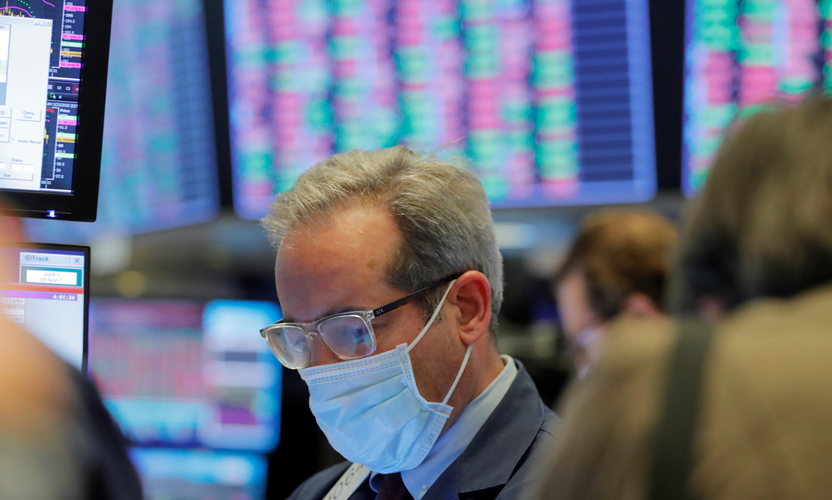 Although measures by central banks to improve market liquidity conditions, such as unlimited quantitative easing, swap lines and funding facilities, should help ease some of the stresses, liquidity may take time to improve given heightened volatility levels.

Here our fund managers give their views on the situation and explain how they are dealing with it:

It is important to distinguish company liquidity from market liquidity. For companies, we need to look at this on a case-by-case basis. We are doing a lot of work, not just on existing balance sheets, but also to understand what happens to working capital when revenues decline. Markets too have been sorting through stocks on that basis.

And because credit markets have seized up, we need to focus on companies that don’t need short-term funding from the bond markets. As far as market liquidity in the equity markets is concerned, we have been active this year and we haven’t encountered any significant challenges compared to normal. Business is still being done in the equity markets.

Understanding liquidity and balance sheet risk is key to safeguarding client assets. There are unusual events happening from a trading point of view. Hedge funds are liquidating, meaning there are forced sellers and, equally, there are forced buyers because of hedge funds’ long-short books. These forced trades are creating day-to-day volatility between the performance of similar stocks.

If investors can identify companies with liquidity and a strong balance sheet that can cope with a significant, temporary shock to their businesses, they can take advantage of forced selling and recycle money into areas with less downside risk. The market doesn’t analyse liquidity in the same way that it focuses on P&L accounts, free cash flows or EBITDA (earnings before interest, tax, depreciation and amortisation) and that creates stock-specific opportunities in both directions.

We are seeing three different aspects to this in terms of liquidity:

-          Financial system:  The PBoC acted swiftly to ensure the system didn’t seize up. Western central banks are grappling with this now to keep markets functioning.

-          Portfolio: We are making sure that any changes do not reduce overall liquidity. The key here is to make sure we can sell what we want rather than what we have to.

-          Company level: We already invest in high quality emerging market companies that should be well placed to handle shocks. However, it is highly unusual to put revenue at zero for three quarters in a model and see what happens to a company’s balance sheet. And this is what is being asked in conversations with companies - we need to know companies’ ability to withstand significant revenue and asset turnover changes and how that impacts balance sheets.

We have been closely monitoring liquidity conditions across all markets in fixed income and have noted the following:

While yields on US Treasuries have compressed, and elsewhere central banks have slashed interest rates, transaction costs have risen in March, in line with the rise in volatility and the fall in intermediary appetite to warehouse risk. In aggregate, transaction costs have more than tripled in March compared to the averages recorded in January and February.

Most of the increase has taken place in credit markets as one would expect, but rates and the traditionally more liquid government bonds have not been immune, with transaction costs that are two to three times higher than earlier in the year on average for sovereign bonds.

The threefold increase in the spreads of investment grade securities so far this month has also had a meaningful impact on market liquidity in what is normally considered a very liquid segment of the fixed income market. Based on our observations, we note that transaction costs in investment grade corporate credit have risen by up to 10 times compared to the beginning of the year, despite central banks like the ECB actively buying corporate bonds.

We have followed an unwritten rule of 5-10 per cent cash for High Yield and boosted it to the high end of the range at the beginning of the recent selloff, so we’ve had enough liquidity to deal with redemptions as markets have sold off. High yield has survived many crises in the past. Despite ongoing volatility, we will continue to work closely with the investment team to identify companies with strong capital structures and sufficient access to liquidity to persevere.

The demand for cash, primarily US dollars, has put pressure on the financial system and prompted major central banks to deploy nearly every tool they have.

Our portfolio managers are avoiding any big directional trades while the extreme market volatility persists. Instead, they are making smaller relative value adjustments where they have high conviction. This could change once we see markets settle. We need to see some of the liquidity crunch alleviate first, which means short-term money market rates and cross-currency basis swap rates stabilise or come down. We are also looking for commodity prices to stabilise, showing more of a realistic clearing price. We will then assess the economic data and the spread of the virus.

China has so far avoided a liquidity crunch after the government cut the reserve requirement ratio for banks and lowered medium-term lending rates. Deposit rates will likely be cut in the near term and more fiscal stimulus is on the way. The authorities have directed banks to offer liquidity support for small and medium enterprises.