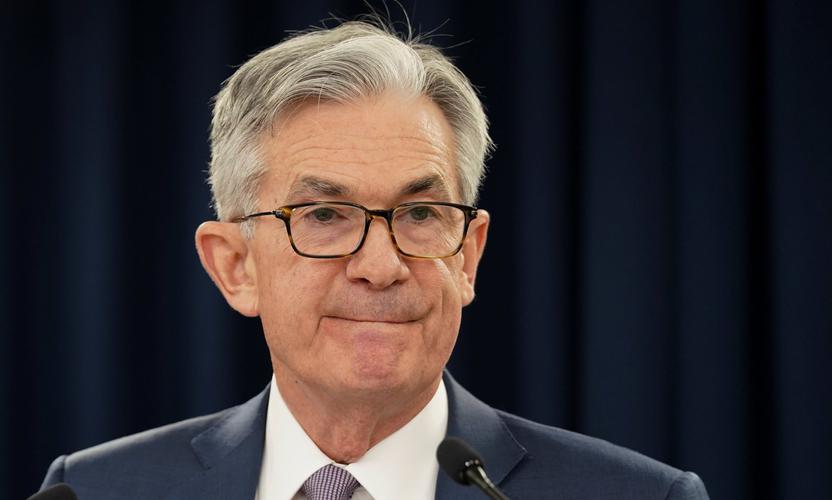 Bringing out the big guns

US Federal Reserve Governor Jerome Powell has reached for almost the whole arsenal at once.

The Fed took the emergency step on Sunday night of slashing the Fed funds range by a full percentage point to 0.00 to 0.25 per cent. The only other time the Fed has taken a step of this nature and cut rates to such ultralow levels was in the wake of the Lehman Brothers crash at the height of the 2008 financial crisis. The rate cut comes alongside a package of other measures designed to support the economy and ensure financial market liquidity.

While the US central bank was largely expected to reduce rates to near zero at the meeting scheduled for this Wednesday, we think the Fed clearly saw a need to act before the markets open on Monday amid signs the US economy is entering a rapid slowdown due to coronavirus prevention measures.

“The effects of the coronavirus will weigh on economic activity in the near term and pose risks to the economic outlook,” the Fed’s open market committee said in a statement. “The Federal Reserve is prepared to use its full range of tools to support the flow of credit to households and businesses,” the statement added.

The Fed also announced the restart of quantitative easing, with a target of increasing its balance sheet by at least $500bn in US Treasuries and $200bn in government mortgage-back securities. These purchases will take place over the coming months. It said it would also inject more funds to the market for agency mortgage-backed securities and would expand purchases in the overnight and term repo markets, key sources of short-term funding.

The Fed also announced a coordinated action with a group of other major global central banks to lower pricing on the standing US dollar liquidity swap arrangements by 25 basis points. The foreign central banks will offer US dollar liquidity in each jurisdiction with an 84-day maturity, in addition to the 1-week maturity operations currently offered, in order to ease strains on global funding markets.

Lastly, to support the flow of credit to households and businesses in line with measures announced by the Bank of England and European Central Bank last week, the Fed will deploy a range of actions via the banking sector. These actions include lowering the primary credit rate available through discount window operations by 150 basis points to 25 basis points, encouraging the use of intraday credit extended by the Reserve banks, encouraging banks to tap their capital and liquidity buffers to lend to households and businesses affected by the coronavirus and reducing bank reserve requirement ratios to zero percent effective on 26 March.

In the conference call following the press release, Chair Powell reiterated the strong starting point of the US economy and labour markets, but quickly noted that the coronavirus and the measures taken to mitigate its spread poses significant risk to economic activity and financial stability. Specific points of stress include restrained economic activity inside and outside the US, disrupted global supply chains and significantly tighter financial conditions everywhere including the US Treasuries markets, the largest and most significant market globally. He also cited stresses in the energy sector stemming from sharply lower oil prices.

Our view is that the Fed has taken nearly every action possible within its legal mandate - a signal that it is taking the circumstances extremely seriously. If we compare these measures to the playbook the Fed used during the great financial crisis, the only missing component is a commercial paper funding facility (CPFF) programme.

Powell stressed several times that the Fed actions today are intended to help stabilise the financial system and support the flow of credit, but that monetary policy is not able to directly help affected industries and workers. The coronavirus pandemic is a “multi-faceted problem,” with the first responders being healthcare workers and policy makers and second wave of support emanating from fiscal policy.

Markets have been highly volatile in recent sessions and the initial reaction to the Fed’s announcement was negative, with futures on the S&P500 index dropping around 5 per cent in Monday morning trading in Asia. Oil also dipped.

We tend to agree with Chair Powell’s view that monetary easing is a salve but not a cure for what ails the world right now. The Fed succeeded last year in engineering a soft landing amid a manufacturing slowdown, but few have been fooled into thinking that low rates and financial asset purchases will induce people to emerge from their homes before they feel it is medically safe to do so.

Only once the path of the virus and the efficacy of preventative measures such as self-isolation and social distancing start to become clear will we have a better indication of the length and depth of the resulting economic drag, and thus the likely paths for the financial markets from here.

In the meantime, it’s clear that financial policymakers are on the front foot in their response to the outbreak.