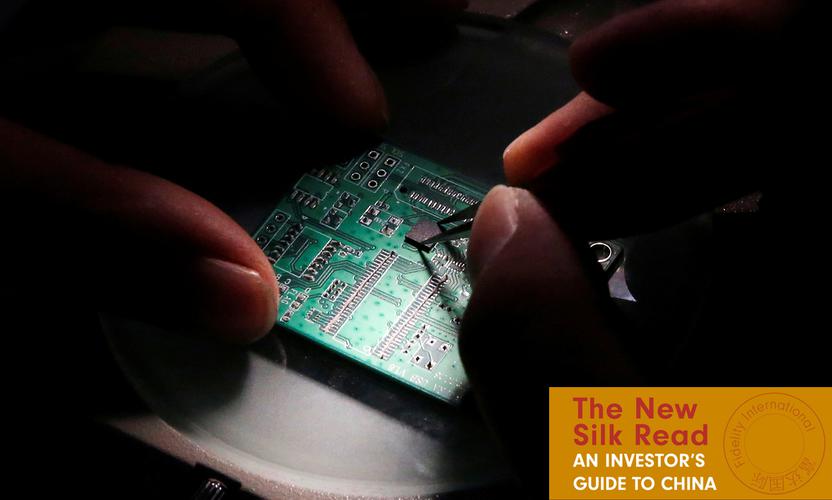 At the heart of the US-China trade war is a tech war. At least, this is the view from Silicon Valley, based on a series of recent meetings we had with executives at major US tech firms such as Intel, Facebook and Google. But to the extent that the US tariffs were aimed at slowing the pace of China’s tech innovation, they have also led to China sharpening its development focus in areas such as silicon chips.

Silicon chips, or semiconductors, are tiny electronic devices, generally smaller than a postage stamp, that are used in all electronic equipment - from smartphones to cars - and American companies have traditionally dominated their production globally. This may be about to change. Beijing already had a stated goal to rely on homegrown suppliers to meet 70 per cent of domestic chip demand by 2025, but US tariffs and the Huawei ban have hastened China’s drive for self-sufficiency.

The Huawei Mate 30 Pro launched last month is an example. After the US tariffs were introduced, Huawei took apart the older version, Mate 10, which was built with US chips and replaced them almost entirely with Japanese and Chinese-made chips. Had it not been for the trade war, this phone in its current form would not have existed.

China is also wooing the brightest minds to boost its semiconductor industry. We’ve heard anecdotes of engineers from Taiwan being lured to the mainland with the promise of fat salaries, heavily subsidised apartments, and eight paid trips home per year.

Rise of the ‘upstarts’

While China plays catch-up on the semiconductor front, its internet companies are also making new inroads in overseas markets. Established companies such as ecommerce giant Alibaba or gaming and social messaging behemoth Tencent have already secured footholds around Asia, and in parts of Europe and Africa.

But it has been the upstart TikTok, the wildly popular social media app owned by Beijing-based ByteDance, that has blazed a trail from China directly into America’s backyard. So far the app, which allows users to post and share short viral videos, has garnered 26 million active users in the US.

Launched just two years ago, TikTok has been downloaded 1.5 billion times, making it the third most downloaded non-gaming app globally, behind Facebook’s WhatsApp and Messenger apps. For the past six months in a row, TikTok has beaten all Western apps on monthly downloads - the first ‘born in China’ social media app to take the lead. But as a result of its runaway success, the app is now facing increased scrutiny from US lawmakers.

Meanwhile, on the infrastructure front, China is seeking to emerge as the dominant force in 5G. Through its Belt and Road initiative, for example, China wants to reach nearly 65 per cent of the world’s population via its fibre-optic cables.

First mover advantage in technology is crucial, and with 5G China is set to emulate what the US did in 4G a decade ago. At speeds up to 100 times faster than 4G, or around 100 gigabits per second, 5G is the new tech battleground - allowing Chinese companies to innovate and create new technologies the same way the US did through 4G, enabling the rise of companies such as Uber, Lyft and Netflix. The US Department of Defence has identified this first mover advantage, highlighting China’s lead in 5G adoption as a clear risk. This may have been one of the factors driving Huawei ban and the subsequent tech war.

From chips to social media companies to the rollout of 5G, the trade war with the US is driving China to double down on strengthening its tech infrastructure and building self-sufficient supply chains. However, China’s rise is unlikely to be smooth - for example, some countries will be deterred from embracing Chinese 5G over security and surveillance concerns. Still, it’s clear that many use cases related to the next generation of ‘future connectivity’ will originate not from Silicon Valley, but from China.