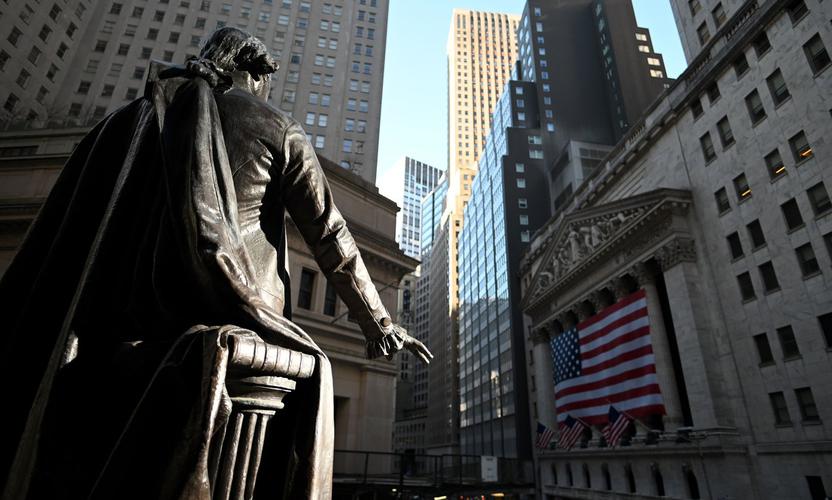 The narrative being followed on Wall Street in recent weeks appears to be something like this:

However, this rather positive view fails to account for two huge factors underpinning recent moves. First, there is the reason central banks leapt to intervene in the first place: the selling pressure that we saw in March revealed a surprising lack of depth in funding markets. Whether policymakers have done enough to address this, and how it will impact both the real economy and the outlook for corporate earnings, are far from being understood. Second, and arguably most important, is that the change in the structure of the market in terms of the growth of passive or rules-based investors means that the market acts much less as a discounting mechanism relative to history. In other words, those looking for clues in the wisdom of crowds need to factor in the weight of dumb money.

One way of framing the dilemma facing investors is how to navigate the apparent disconnect between Wall Street and Main Street, and whether the playbook of the last decade (i.e.- ‘follow the intervention’) can continue to prove similarly successful from both a strategy and returns perspective. Here I think it is first important to distinguish between short- and medium-term impacts, and to consider how economic strategy for most countries has shifted to fiscal as well as monetary policy. However, in my view, we are likely to see neither the level of demand recovery nor the scale of funding support that would alone lead to a broad-based recovery in corporate earnings. At the same time, fiscal measures will see rising government debt loads, which will probably lead to higher corporate tax rates and more regulation. This will be bad for Main Street but it doesn’t look like it’s being priced in by Wall Street.

It’s not all bad news. In fact, we have already seen this over recent weeks. Periods of economic contraction and market volatility create both winners and losers. For example, we’ve seen recently that many businesses have accelerated topline growth thanks to a step-change in demand for digital services. Performance becomes even more sharply bifurcated. Just looking, for instance, at the S&P 500 over the last three months, we see as many subsectors showing material positive returns as those showing negative returns; with such a high level of dispersion, the returns on the broad index carry little meaning. In other words, time spent trying to determine if we are in ‘risk -on’ or ‘risk-off’ markets could simply be time wasted.

The convergence of Wall Street and Main Street is coming. Here are three things investors should consider when positioning themselves as we move on from the current phase of the pandemic.

1. There will be losers

First, accept that the limitations of policy intervention will mean that solvency issues for some companies or hard-hit sectors will be unavoidable. Strategies to tackle these will be increasingly varied, as governments will have a bigger share of voice in the years to come, but we should see over time a higher level of consolidation and bigger shifts in profit pools than we saw in the period immediately following the 2008 financial crisis. Marginal changes in funding rates are unlikely to make the difference here. It is also likely that we will see more traditional but established businesses drive deeper transformation, as gravity weighs on optimistically valued early-stage companies and returns in some private funds turn negative.

Second, understand that the scope of current unknowns extends beyond what most investors have faced during their careers. This may reveal the limitations of relying too much on financial models either to assess risk or to drive decisions in portfolios. Of course, data analysis and artificial intelligence can add to an investment process. But all models are built on the basis that the attributes and historic relationships between securities that have been evident in the past will persist in the future. It feels that the humility that should be at the heart of any investment strategy is needed now more than ever.

I would argue that regulation introduced following the 2008 financial crisis has been partly to blame for the lack of depth that we have experienced in markets over recent weeks. It then follows that growth of passive and other rules-based strategies (in combination with tighter regulation on sell-side research) means that the volume and depth of security-level research have similarly declined. I believe this has opened-up a new ‘information edge’ for fundamental investors- something that was widely seen to have evaporated as a result of improved disclosure and technology-enabled availability.  If historical correlations are breaking down, there could be a rich reward in simply understanding individual companies in detail (strange as it may sound).

Back to the basics

Finally, with so few certainties for investors to cling to, valuation could prove to be a much more important predictor of future returns than it has been in recent years, when growth companies were most sought. Rather than think in lazy terms of a broad stylistic shift, it may be better for investors to simply reflect that lower valuations confer some margin of safety, as a higher degree of uncertainty has been reflected in the price of the security. This is especially true if we accept our even lower ability to forecast, given the current environment. Indeed, while the notion of value traps is well understood, it’s worth remembering that growth traps also exist - even on Wall Street.