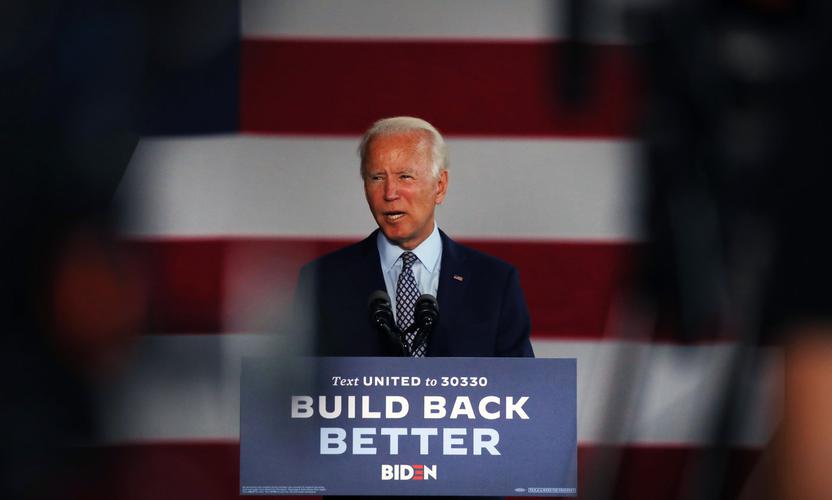 Markets are still working through the Covid-19 outbreak and the economic recession, but the November US presidential election will gradually start to capture more attention. At this point, Democrat hopeful Joe Biden is the favourite to win with his party also tipped for a clean sweep of both houses of Congress, but it is too early to take a firm view and future events could dislodge current expectations.

However, we can analyse policy differences and their implications for investors. While a Donald Trump win would be a continuation of the status quo, it is Joe Biden who threatens to shake things up. We expect the key policy differences to be taxation, regulation and climate change while the US stance on China is likely to remain on its current course.

Most US presidents elected to second terms tend to be less successful than they were in their first terms, or so the ‘second-term curse’ states. Whether true or not, scandal, policy inertia, economic crises or some sort of catastrophe have a habit of blighting second terms: for Clinton it was impeachment, for Bush Junior it was the Global Financial Crisis and for Obama it was the 2013 Federal government shutdown and criticism over the handling of a domestic outbreak of the Ebola virus. For President Trump, who has faced a variation of all these issues already, there may be little remaining scope for the curse to rear its head if he is elected to a second term.

But curses aren’t useful for analytical study. What’s more helpful is breaking down the impact of policies. We know what Trump’s core policies are - lower taxation, deregulation, increasing defence spending and taking a hard line with China - and he’s pursued these with gusto. So much so that we see limited capacity for these policies to evolve substantially from here.

Instead, it is Biden, historically a middle-of-the-road Democrat, that will be the ‘change candidate’, offering mainstream policies but with an unmistakable tilt to the left - mainly due to the Democratic party drifting away from the centre over the past four years. While more details around Biden’s policies will emerge as the election draws nearer, there are some clear areas of policy distinction between the candidates.

One of Trump’s major policy wins at the outset of his presidency was reducing taxes. He’s been content to leave them as they are since then, but a key objective for Biden will be to reverse some of these cuts. If Biden wins, we expect he will push to raise corporate taxes from 21 per cent to possibly 28 per cent. That would be negative for US equities as corporate earnings fall, but the tax rate would still be lower than the 35 per cent Trump inherited.

Biden has also proposed to double the global minimum tax on offshore profits from 10.5 per cent to 21 per cent. This will hurt global companies with low tax rates, especially those in technology and healthcare who have repatriated cash to distribute to shareholders and to fund acquisitions.

Trump has been vocal on his distrust of climate change science and has cut green regulations and funding for the Environmental Protection Agency (EPA) and Department of Energy, which oversee climate change policy. A Biden presidency would seek to launch a large-scale green investment plan.

Biden has proposed a far-reaching $2 trillion spending programme over four years to boost the use of clean energy in the transportation, electricity and building sectors, partly designed to create economic growth and develop infrastructure. The proposal will most obviously benefit renewable energy, construction and certain industrial companies, while the fossil fuels industry would lose out.

If enacted, Biden’s green plan would be a boon to job creation in a number of sectors. Biden may also seek to implement new rules around labour to combat social inequality. These could include a minimum wage, labour union-friendly regulations and granting some degree of employment status to ‘gig’ economy workers. This could spur wage and goods inflation.

The US has adopted a bi-partisan, hawkish view of China, and we think this indicates continued confrontation between the two powers regardless of the election outcome. As the geopolitical rivalry evolves in the coming years, other countries will face increasing pressure to pick a side and political pundits may start discussing a bipolar world. We think tariffs are likely to remain, and companies will continue to realign supply chains. This could cause inflationary pressure over the coming years.

One point of difference will be how the US government shapes the restructuring of supply chains. Trump is outspoken in favouring the onshoring of manufacturing back to the US while Biden may be less opposed to supply chains moving to other friendly countries. This latter scenario could be to the advantage of Mexico, which has low labour costs and established supply links with the US, solidified under the United States-Mexico-Canada Agreement (USMCA).

Tech regulation is a matter of time

The US momentum behind further regulating technology companies is not slowing down, and both candidates are likely to pursue it. Regulation can be defined in two broad ways; domestic regulation to manage content and privacy, and external regulation for security reasons.

Domestic regulation would be aimed at limiting harmful content, protecting user privacy, data portability and blocking fake news around elections. Promoting competition may be another goal but its benefits are less clear. External regulation could result, for example, in Huawei being banned from the US and potentially other Chinese tech firms. Local tech companies in competition with Huawei, such as Cisco, could capture more market share as a result.

Drug pricing in the cross hairs

Healthcare costs per capita in the US are the highest in the OECD and cutting these costs as a proportion of GDP may have to be an aim of whoever forms the next administration. The easiest path to do this is by reducing the growth in healthcare costs to below inflation to gradually decrease its budgetary importance.

Both candidates have targeted drug prices, but it’s a more overt policy for Biden. Medicare could be allowed to negotiate prices centrally to push for better deals - something other countries do including the UK. Reviewing the healthcare system to reduce the use of hospitals in favour of more home and outpatient care, and the use of ‘telehealth’ as a genuine alternative may also help ease the cost. The impact of all this on healthcare companies will not be uniform, with winners and losers across the healthcare chain. However, pharmaceutical companies are likely to come under pressure should drug prices fall, while medical technology firms should gain as new, cost-effective treatments are sought out.

While  Biden is the clear favourite to win the presidency at this stage, it is still  too early to take a firm view on the result. A lot can happen in the months between now and the election. We are still working through a resurgent  pandemic and economic turmoil, and we can’t rule out major geopolitical events  or political plot twists from two gaff-prone candidates. Over time, more  policy information will emerge as well as clarity over the various  permutations of control over Congress. Both will be key to understanding what  the next US presidential term will have in store for investors.

For  investors, a Biden win could trigger powerful trends that will span the  decade. These new trends could unlock investment prospects outside the  traditional technology sectors in areas including automation, manufacturing,  supply chains and construction. Even in the event Trump wins re-election,  there could be other opportunities from tech regulation, onshoring industrial  activities and changes to the health care system. It’s a good time for  investors to start developing their theses, and preparing to position for a  range of potential outcomes.