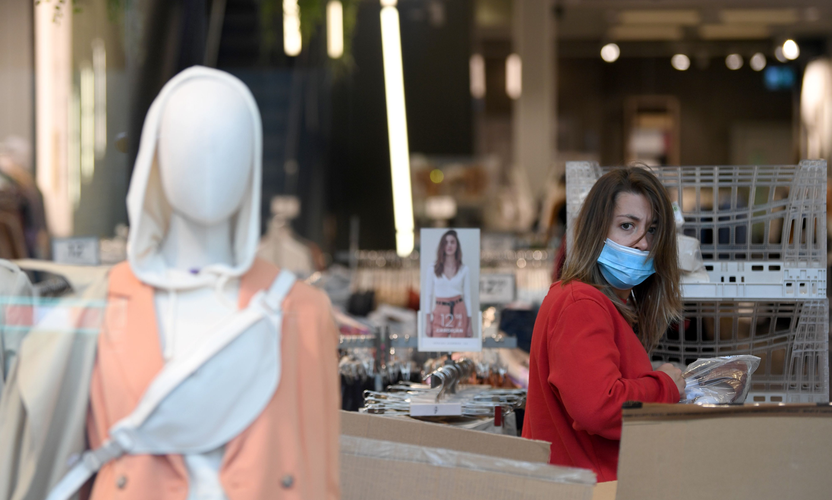 The global economy is in the grip of a severe deflationary shock. But the sheer scale of policy intervention unleashed to tackle the economic consequences of Covid-19 globally has reignited the debate about when inflation may return. For years, investors have anticipated its re-appearance; which has been delayed by a combination of cyclical and structural factors, including ageing populations, globalisation, technological progress and high indebtedness.

Extreme uncertainty about the virus trajectory itself, post lockdown recovery paths, consumer and corporate behaviour and policy settings over the next few months make it particularly difficult to gauge the growth and inflation mix under the ‘new normal’. Weighing multiple factors on each side of the debate, I expect strong disinflationary trends to continue to dominate over the next two to three years, despite the current policy support globally.

Beyond that, inflation outcomes will be largely driven by monetary and fiscal policy choices. Fiscal dominance of monetary policy is likely to lead to higher inflation or even hyperinflation. Conversely, central bank primacy, and a focus on inflation targeting and debt reduction, should lead to low inflation or - in some cases - deflation.

Demand and supply imbalance to lead to deflationary pressures, even as recovery takes hold

Economically devastating lockdowns, combined with the collapse in the oil price, have triggered rapid falls in inflation around the world. US core CPI, for example, fell by a record amount in April relative to the previous month - the lowest reading since recorded data began in 1957 - and remained weak in May.

Certain components of inflation including durable goods, and services such as travel, entertainment and tourism, were particularly affected. In China, the producer price index (PPI) has fallen deeper into deflation in May, pointing to the persistent gap between suppressed demand and excess capacity in the post lockdown economy.

As the Western economies gradually re-open, we expect economic recoveries to be slow and asynchronized. They will be particularly weak in countries with limited capabilities to test, track and trace and impose targeted quarantines. Consumers will be challenged, not just by the virus and continued restrictions, but also by the loss of income that comes with reduced working hours, temporary or permanent unemployment and heightened uncertainty.

Changes in social behaviour are also likely to prevent a quick bounce in demand as confidence remains weak. People will be more hesitant to engage in activities that involve close social contact such as dining out, attending sports events and travelling.

This means the services sector, in particular, will face challenges, leading to some jobs being lost permanently and some businesses not surviving. This gap between demand shortfall and excess supply - locally and globally - should prevent price pressures from resurfacing, even as the recovery gains pace.

Some prices will rise due to COVID-specific disruptions

Of course, the fundamental disruptions caused by the COVID-19 crisis - from the way we consume food to the functioning of global supply chains - have boosted prices for certain categories of goods and services. These include food for home consumption, home-based recreation, and medical goods, such as personal protective equipment, where spikes in demand far outstripped supply in the midst of the crisis. Supply chain disruptions will exert upward pressure on certain goods, particularly where alternatives are hard to come by.

Economic stimulus could boost demand for some goods, potentially leading to higher inflation. Examples would include various incentives to buy durables, such as the revival of ‘cash for clunkers’ (car scrappage schemes) and cash vouchers for bicycle purchases.

Other categories, such as insurance, may see a more prolonged and structural boost to demand. The companies that survive this crisis, and future lockdowns, may be rewarded with increased market share if their competitors succumb to bankruptcy, leading to a rise in pricing power.

Even though unemployment should start falling as economies re-open - indeed the US jobs report pointed to unexpectedly quick rehiring in May - labour markets will take a few years to reach pre-crisis levels of unemployment. Some businesses may cease to exist due to lack of demand, cash flow pressures leading to insolvency, or perhaps because structural changes in some sectors, such as bricks-and-mortar retail, have been accelerated by the crisis.

Reallocating labour into new sectors where there is demand requires re-training and re-skilling backed by government policies which would - and should - be one of the key means to tackle the problem of unemployment across the world. But implementation will take time. Moreover, how these policies are designed will determine how effective they are and history provides plenty of examples of mixed outcomes.

The lingering unemployment problem will reduce the purchasing power of consumers in the medium term, especially after temporary income support programmes expire, contributing to aggregate demand shortfall amid excess supply.

Physical restrictions aside, households are likely to save more as concerns rise about unemployment, a decline in net worth (financial factors) and an increase in general uncertainty. The latter specifically might lead to a rise in precautionary savings relative to the pre-Covid period.

Indebtedness has not gone away - it has grown

The use of debt as a quick fix for liquidity issues during the crisis adds to the already huge pile of private and public debt globally. The debt overhang has been one of the main drivers of low global growth and inflation in the aftermath of the global financial crisis.

In the absence of radical policy measures, such as debt write-offs or permanent debt monetisation, high debt levels will weigh on inflation for the time being. The focus on the strength of corporate balance sheets, not only reduces scope for share buybacks, but limits companies’ investment in productive capacity, which would otherwise help trigger growth and inflation.

Some structural trends could become inflationary

Wages in some industries - and thus household incomes and companies’ labour costs - are likely to see a permanent upward shift. The Covid-19 crisis highlighted the striking gap between the value that key workers add to the economy and society and their pay. Public and political pressure may push up the wages of key workers in sectors such as healthcare, trade, transportation, and warehousing. Higher consumer demand and increased costs of production for companies would lead to higher inflation.

The crisis may accelerate the structural trend of de-globalisation, which includes the re-shaping and onshoring of supply chains as governments seek to bring production closer to home. This, coupled with trade tensions, might lead to higher manufacturing costs, as well as higher intermediate and final goods prices. However, not all sectors will be affected. This trend is most likely to be concentrated in the new ‘strategically important’ sectors such as food and healthcare.

The demand for automation may accelerate after the crisis and could potentially be highly disinflationary in the longer term. This, however, depends on policy and other factors at play which makes the overall impact of various opposing forces on inflation even harder to gauge.

Some argue that all those fundamental factors aside, the stimulus unleashed by governments and central banks since the start of the crisis will, by itself, lead to higher inflation. This may well happen if the liquidity finds its way to the real economy, boosting demand through various channels. However, this outcome isn’t certain.

On the fiscal side, policy support so far has aimed at addressing liquidity issues for corporates and patching up income gaps for households. On the monetary side, policies have been largely aimed at ensuring the smooth functioning of markets. The consequences of huge expansion in central bank balance sheets are not clear cut. Evidence from the last decade points to inflation in asset markets, rather than inflation in prices of goods and services.

I believe that the outcome for inflation beyond two to three years is not pre-determined by the policies of today. Rather we need to watch how the exit from these policies unfolds and whether the process will strengthen or undermine existing institutions. If central banks are weakened, resulting in politics dominating monetary policy, that could lead to higher inflation or even hyperinflation.

Hyperinflation can be sudden and, as history demonstrates, much more damaging than deflation. Countries with weak institutions are particularly vulnerable to this scenario, so investors exposed to these regions may wish to consider some level of inflation hedge while inflation expectations are so low. Conversely, central bank independence, a focus on inflation targeting, and a return to fiscal austerity should provoke strong disinflationary and deflationary trends.

Observing these kinds of measures, rather than further expansion in central bank balance sheets, will help investors distinguish those countries that can escape the damaging consequences of either deflation or hyperinflation from those which cannot.