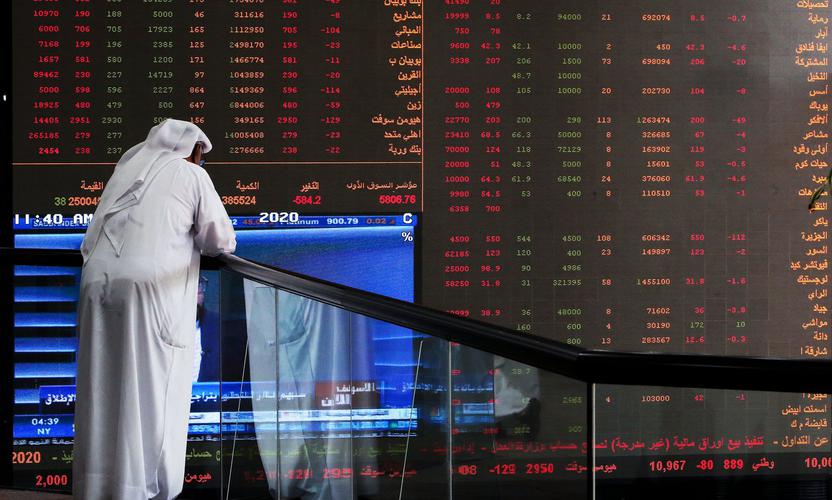 A worst-case scenario appears to be unfolding for oil markets. Expectations of a demand shock due to the global outbreak of the Covid-19 coronavirus collided over the weekend with an anticipated supply surge after Russia, Saudi Arabia and the other members of the OPEC+ alliance of oil-producing nations had a major fallout over production cuts.

Oil futures plunged sharply in Asian trading on Monday, with Brent crude at one point trading below $30 per barrel - down by more than 50 per cent since the start of the year.

The prospect of a full-blown oil price war alongside a deepening global outbreak of the Covid-19 coronavirus epidemic caused global markets to gyrate. Stocks across Asia sold off sharply on Monday, while declines on US equity futures triggered circuit breakers after hitting 5 per cent limit-down levels. There were huge moves in currency markets, with the Canadian dollar and Norwegian krone plunging against the dollar while the Japanese yen soared. Investors again flocked to haven assets, with the yield on the 10-year US Treasury touching a new record low of less than 0.5 per cent.

On Friday, the OPEC+ meeting in Vienna ended in disarray, with Russia unwilling to implement new, deeper production cuts. In response, Saudi Arabia has announced what amounts to a ‘flood the market’ strategy of increasing production and cutting the ‘official selling prices’ to buyers in Asia, US and Europe. The steepest   OSP discounts are to be offered to Northern European customers to try and undercut the Russian Urals production. Effectively, the Saudis are declaring a price war, right on Russia’s doorstep, to try and bring them back to the negotiating table.

The result looks like looks like an implosion of the Russia-Saudi led OPEC+ alliance that has helped sustain oil prices for the last three years. Time will tell, but this appears to be a major policy miscalculation.

The fallout among oil producers comes as the coronavirus outbreak continues to spread across Europe, the Middle East and North America. Regional lockdowns and other cancellations are causing serious disruptions to travel and supply chains, taking a significant toll on global demand for oil that has already been weakened by lower activity in China.

How low can oil go? A number of factors will weigh heavily on medium-term prices, including whether a political solution can be attained to resolve the apparent OPEC+ standoff, and how quickly the virus-hit areas return to normal levels of demand. But in the near term, it looks entirely possible we could drop to cash costs of production (of Brent at around $30 per barrel) or even test the lows of around $27 per barrel seen in 2016.

So far, oil-related equities are tracking the oil price lower. We would eventually expect to see a bottoming-out in stocks before the commodity itself: this is because equities are an anticipatory asset class which must look-forward to a future recovery, whereas the commodity market has to clear the current supply and demand dynamics. But that bottoming will probably require some stabilisation in the coronavirus datapoints, or signs of a policy rapprochement among oil producers. In the meantime, investors should brace for volatility.