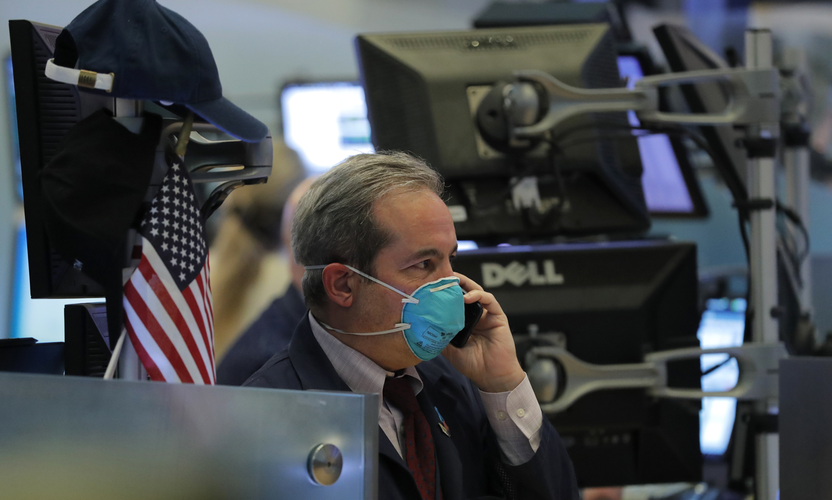 Investors are struggling to find parallels between the sudden halt of the real economy of today and panics of the past.

Some have looked at the Spanish flu of 1918, while others have compared this period to the flash crash of 1987, the failure of hedge fund Long-Term Capital Management in the 1990s or the onset of the Great Depression in 1929. But as Howard Marks of Oaktree Capital put it last week, repeating his famous analysis from 2008: “Nobody knows.”

There are just too many trade-offs and too many decision trees to compute between the bad outcomes and the less bad. The machines lack the data and the humans lack the computing power, which makes for volatile markets.

However, one of the key questions worth considering from a historical perspective is the potency of fiscal stimulus and helicopter money programmes. And for this, perhaps the closest historical parallel is the Marshall Plan with which the US resuscitated the European economy after the Second World War.

Imagine investing in 1945. Japan and Europe were devastated, Russia had lost more than 15 per cent of its population and the outlook could not have appeared bleaker.  Yet from the depths of this destruction rose the German and the Japanese economic miracles and the start of American exceptionalism.

The $15 billion promised for the reconstruction of Europe under the plan was about 5 per cent of US GDP. Given the pace of recent announcements, I would not be surprised if we reach similar levels, around 2-5 per cent of GDP in terms of fiscal stimulus, before the effects of the coronavirus pandemic pass.

Of equal importance were the social and cultural changes that developed from the war, countering the negative effects of destruction, dislocation and death. The single focus of governments was to maintain high levels of employment. As a result, the power of governments increased, as did the dependency of people upon them.

Central to the recovery in Western Europe was the synthesis between capitalism and socialism, to create a ‘compassionate capitalism.’ And we may encounter similar changes that lead to the power balance between capital and labour being swung in favour of the latter.

Governments will be incentivized to maintain high levels of employment, and much can be achieved quickly in an interconnected society. However, for this to work at a global level, some form of global coordinated leadership is required. While the US filled that role after the war, the question is whether it is able or willing do so again now, or whether that leadership comes from another part of the world, such as China.

How governments think about their provision of life support to the economy, and whether they exit or become omnipresent, is another factor to consider. To borrow from my favourite financial historian, Russell Napier, while it may be attractive for companies in trouble to accept debt from governments, it is better to accept equity as then all interests become well-aligned and we don’t compound the problems of the past.

Returns in a less bad world

For investors, posing these questions can help clarify ideas about where markets go from here. Purely fundamental investors are likely to be whipsawed by the short-term market volatility. To paraphrase Ben Graham, the market currently seems to be doing a lot of voting and not enough weighing.

But medium- to long-term, when the picture stabilises, we may find ourselves in an environment similar to that in 2009. In that recovery, the best thing to do was to sell everything that had been defensive in 2008 - good quality companies with low leverage - and buy everything cyclical that had survived.

While the near term may be uncertain, an investor thinking three to five years out might consider buying some high-quality cyclical business at distressed valuations, assuming the fiscal and monetary policy Marshall Plans come to the rescue.

To repeat what could be described as one of the core tenets of my colleague Anthony Bolton’s investment philosophy: “The most money in equity markets is made when things go from bad to less bad.”