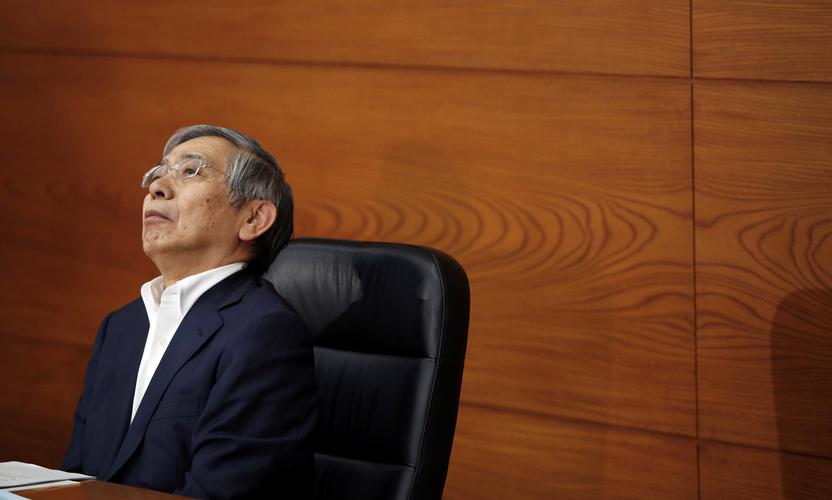 The Bank of Japan has taken only baby steps toward normalisation, in contrast with the U.S. Federal Reserve’s hiking cycle. A full exit from the BOJ’s massive stimulus remains nowhere on the near-term cards, and Japan’s central bank reiterated on Wednesday that it intends to maintain interest rates at their “extremely low levels” for “an extended period of time.”

But small steps for Japan’s central bank could be big steps for its currency. The most important inflection point for the yen’s long-term direction came in late July, when the BOJ stated it would carry out its massive purchase of Japanese government bonds (JGBs) in a more ‘flexible manner,’ and would allow long-term interest rates to fluctuate depending on economic and market developments.

We view the BOJ’s adjustment to yield curve control as a new framework for beginning the long ‘normalisation’ of monetary policy, which should put upward pressure on the yen relative to its major peers. The yen is around 20 per cent cheaper than the US dollar according to our long-term FX fair-value model that considers inflation, productivity growth and terms of trade.

Signs of strength in the Japanese economy show it is breaking out of its multi-decade quagmire into a new regime, providing evidence to back the BOJ’s shift toward greater flexibility.

While inflation remains shy of the bank’s ambitious 2 per cent target, it is solidly higher, with Tokyo’s core consumer price index (CPI) - seen as a leading indicator of nationwide price trends - rising 1.0 per cent in October from a year earlier. If nationwide core inflation breaches the key 1 per cent level over coming months, this might embolden the BOJ to further adjust its yield curve control in a hawkish direction.

Under its current yield curve control policy introduced in 2016, the BOJ has been guiding short-term interest rates to around minus 0.1 percent, and the 10-year JGB yield to around zero percent. Local media in Japan have reported that the BOJ is considering further adjustments to its bond-buying, to allow market levels to better reflect fundamentals - and revive a debt market in which trading and liquidity have all but evaporated due to the central bank’s buying.

Partly due to that low liquidity, the BOJ has been doing what some call ‘stealth tapering’ in recent years, far undershooting its self-described ‘loose’ annual purchase target of 80 trillion yen (USD $710 billion). It has kept this target intact, but is on track to buy less than half that amount this year - implicitly doing what the European Central Bank explicitly began to do this month as it took steps to terminate its bond-buying program at the end of this year.

If the BOJ decided to allow the 10-year yield to drift above 0.2 per cent in a controlled manner, that development would be very positive for the yen.

So even as the BOJ maintains its lip service to keep accommodative policy until it eventually meets its elusive 2 per cent inflation target, the JGB market will reveal the bank’s true intentions, in both the amount of bonds it buys and the extent to which it permits yields to move. As the latter has implications for the currency, we therefore need to pay close attention not only to what the BOJ says but also to what it does, as the two aren’t a perfect match.