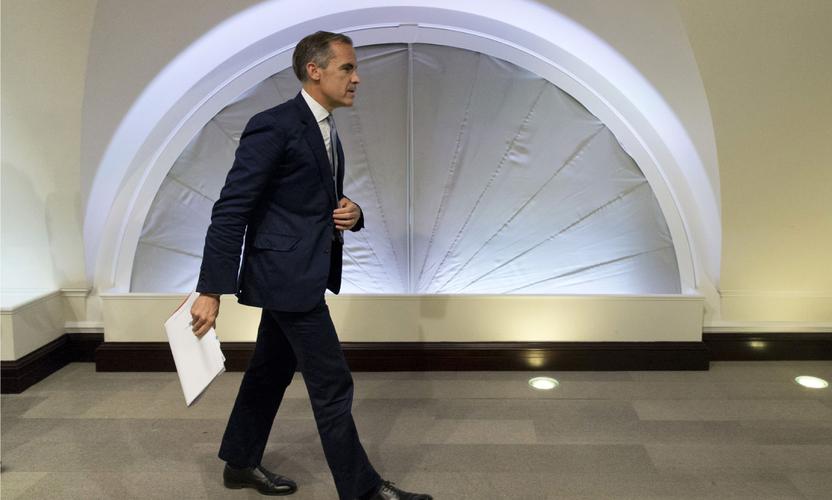 In Mark Carney’s last meeting as Governor of the Bank of England, it was almost fitting that the market was on tenterhooks about the Monetary Policy Committee’s interest rate decision. The case to hold or cut rates was finely balanced, however the unchanged 7-2 vote suggests that the committee will give the benefit of the doubt to the reduced uncertainty.

The MPC’s decision took place in a moment of added significance - this is the eve of Brexit. January 31 is the day when Britain leaves the European Union and enters a transition period towards a more permanent but still undecided relationship with the EU.

Regular readers of my blogs know that I have been calling for rate cuts for some time and, while the decision to keep rates on hold was probably swayed by the conclusive election result, a cleaner Brexit exit, and tentative signs of a “Boris bounce” in UK markets, it is absolutely clear that the Bank of England is facing a similar dilemma to that of the other major central banks last year - that an “insurance cut” is needed. UK growth continues to be disappointing, if not elusive, with Q4 2019 GDP growth tracking near 0.1 per cent, while inflation remains anaemic with the December print reaching a three-year low of 1.3 per cent year-on-year.

Domestically there is no doubt that the “Brexit uncertainty premium” has reduced markedly and, while this largely explains the bounce in consumer and business confidence, as well as euphoria in risk markets, the big dilemma for the BoE is whether this is a short-term phenomenon or something more lasting. The answer to this question will inform whether rates are now on hold for some time or if we should expect a rate cut in the near future.

In the MPC commentary, it is interesting to note that despite keeping rates unchanged the committee has downgraded both its growth and inflation expectations. Growth was cut by an astonishing 0.5 per cent to 0.75 per cent in 2020 and to 1.5 per cent in 2021, with inflation expected to remain below forecast until 2021. One wonders whether a policy relying on hope that this bounce is more lasting is a sensible choice.

While Brexit-related uncertainty has reduced, it has not gone away and, with the future trade agreement with Europe likely to go down to the wire, the recent rhetoric around greater regulatory divergence is unlikely to result in huge capital investment over the course of 2020.

One consideration for the Bank of England in the next few months will be the fiscal programme of the government. While conclusively ending fiscal austerity, it is clear that the Conservative government has retreated from the “unfettered” fiscal expansion that many had hoped for and the March budget is likely to be focused on increasing long term infrastructure spending, which, by its nature, is slower to execute with its impact unlikely to be felt until 2021.

Similar to other central banks, we think the BoE’s threshold to change its supportive stance is high, so Gilt yields will trade in recent ranges and a significantly higher break out is unlikely. This should continue to support fixed income assets and demand for income generating assets. However, we have to acknowledge that returns are unlikely to match the giddy levels of last year.