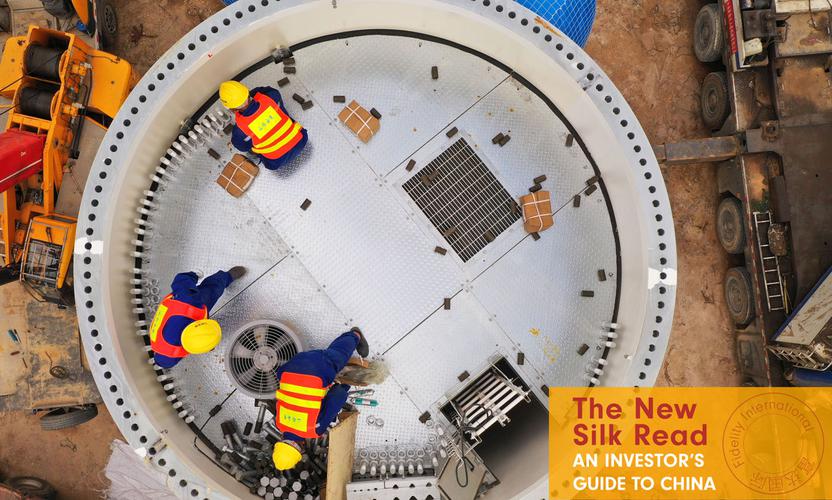 Spending billions on an “iron rooster” might sound like a questionable economic strategy, but for years it’s been a dependable way for China to keep output humming when growth hits a rough patch.

Tie gongji, literally “iron rooster”, is a homonymic Chinese pun for rails, roads and infrastructure. The phrase started to catch on after China spent some 4 trillion renminbi ($560 billion at current exchange rates) to stimulate its economy out of the 2008 global financial crisis.

Today, the economic fallout from the Covid-19 pandemic is once again making it compelling to splash out on such projects, in my view. The difference this time is that spending will be more targeted, and is likely to focus both on old and new types of infrastructure - roads and bridges, but also renewable energy projects and buildout of 5G networks.

On Friday, China’s Premier Li Keqiang announced a 1 trillion renminbi increase in the national budget deficit for 2020 in a speech kicking off the annual meetings of the National People’s Congress in Beijing. He announced this year’s official deficit target would be set above 3.6 per cent of GDP, up from 2.8 per cent in 2019.

For the first time in decades, China sets no official target for annual GDP growth, as the virus pandemic has blurred the economic outlook. The economy contracted 6.8 per cent in the first quarter after growing 6.1 per cent for all of 2019.

A dismal export outlook is putting pressure on China to rev up infrastructure investment. Exports are taking a hard hit, with demand for Chinese goods sliding in Europe and the US. After a 6.4 per cent drop in the first four months, exports show little sign of improving and will likely remain a drag for the rest of the year. A lot depends on how quickly Western countries can contain the spread of the virus and bring economic activity back closer to normal levels.

I also think consumption will likely be a neutral driver for growth this year. Although consumer spending is bouncing back from February and March levels, the recovery remains weak and patchy. An uncertain economic outlook and worries about a second wave of virus outbreak are limiting discretionary purchases. It’s unrealistic to expect any V-shaped consumption rebound to spur GDP growth.

Neither do I expect corporate capital expenditure to help much here, as entrepreneurs generally feel reluctant to expand amid slack demand. Ongoing China-US trade tensions have put a dent in business confidence.

As a result, I see infrastructure spending as the most prominent counter-cyclical weapon left in China’s arsenal. While they risk increasing leverage, infrastructure projects tend to bring immediate benefits of propping up growth and creating jobs. We think infrastructure investment will increase by a high single-digit this year, helping to preserve jobs and maintain social stability.

China’s industrial output climbed 3.9 percent in April from a year ago, recovering from a 1.1 per cent drop in March and a 13.5 percent slump in the first two months. Infrastructure investment rose 4.8 per cent in April, reversing a March decline of 8 per cent.

In his speech on Friday, Premier Li said the government aims to contain the unemployment rate at about 6 per cent this year, with an aim to add some 9 million new urban jobs.

Traditional projects like roads and bridges will feature prominently. At the same time, Chinese news reports have touted “new infrastructure” projects in recent months, which are supposed to involve advanced technology like 5G, automation and artificial intelligence.

Traditional “iron rooster” projects tend to deliver the faster economic jolt, as they are often undertaken by state-owned enterprises that tend to enjoy easier access to funding and are not solely driven by commercial considerations. The risk is that some of them would turn out to be white elephants with low long-term benefits. On the other hand, through high-tech new infrastructure projects like wastewater treatment plants, high speed rail, 5G networks or windfarms, policymakers hope to bring greater commercial value while also creating jobs and boosting productivity.

How big will it be?

We expect more fiscal stimulus to come, but this is likely to be more targeted and to avoid the scattergun approach that China adopted in the wake of the 2008 crisis.

The lack of an official growth target for 2020 creates a challenge to estimating the size of any fiscal stimulus package. In the meantime, the new national budget deficit target provides a rough gauge, as does issuance of so-called special bonds. In his speech on Friday, Premier Li outlined plans to 4.75 trillion renminbi of special bonds this year, including 3.75 trillion for local governments and 1 trillion for the central government. We think the figures show ample financing in the pipeline for infrastructure investment.