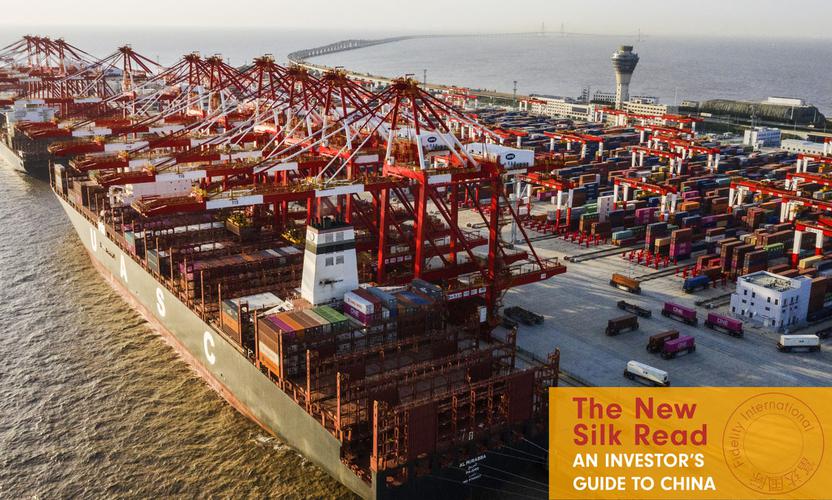 The quay cranes are whirring again around some of Asia’s biggest ports, as output from China’s factories gets back up to speed after weeks of coronavirus-related disruption.

A bellwether shipping firm has ramped back up to operating at around 70 per cent vessel utilisation on its intra-Asia trade routes, in line with historical averages and up from 50 per cent in early February. Across the region, only China-South Korea volumes have yet to fully recover, while ASEAN economies were only mildly affected by China’s February lockdown, and rebounded the fastest.

Activity levels on land reflect those at sea ports. China’s express delivery companies have seen sorting hubs back to working at above 90 per cent utilisation, clearing out the warehousing bottlenecks that choked February activity levels due to a shortage of workers amid country-wide travel restrictions and quarantine measures.

Supply chains are recovering across a wide swathe of sectors. Executives in the chemicals industry have told our sector analysts that the rebound in China has been much faster than they expected, with production able to run at near-normal capacity. And makers of smartphones and semiconductors are on track to return to 90 per cent of their usual run rates by the end of March, from below 70 per cent in mid-February.

Technology equipment manufacturing stands out as a bright spot for its closely linked network of suppliers around the region, led by demand rebounding quickly in China. Smartphone sales are up year-on-year in March after plunging in February. Investment into 5G has also remained robust, judging from equipment tenders held in the last few weeks. For example, China Mobile is aiming to deploy over 232,000 5G base stations and extend coverage to 28 regions across China. The government is leaning on telecom companies to accelerate the rollout as a form of stimulus, which should support regional component makers.

In South Korea and Taiwan, companies along the technology supply chain have suffered minimal disruption from the coronavirus outbreak. The facilities continued to operate even over the Lunar New Year, and companies which have facilities both on the mainland and in Taiwan have been running their Taiwanese facilities at over 100 per cent utilisation to compensate for closures on the mainland.

As countries tighten their borders to travellers, supply chains are being re-drawn.

In one instance, the Philippines restricted all movement to and from the main island of Luzon, where Samsung has some back-end memory packaging facilities. This will either force a reallocation to Korea and China, or risk cuts in production. Some tech companies with facilities in Europe or the US expect to gain share as logistics become more difficult due to lockdowns.

One area under scrutiny by the West is healthcare, as many medicines and hospital supplies are manufactured in Asia, but we think these concerns are exaggerated. India is curbing exports of a handful of medicines, but only those that had started to see shortages in India. China accounts for 40 per cent of the active pharmaceutical ingredients (APIs) used in Indian generics, which are then exported to the West. The manufacturing of these APIs is gradually returning to normal, and we estimate they’re at 70 to 80 per cent of capacity.

China is a key exporter of medical supplies like masks and protective gear. More voices in the US and EU are calling on their domestic manufacturing to step in and reduce dependency on these suppliers. So far, we don’t see much actual impact, because it makes more sense for them to boost their stores of imports than to move the entire supply chain back to western countries. These supplies are relatively low-end and labour intensive to produce, which is why the supply chains transferred to China in the first place.

Although Asia’s supply chains and shipping activity are coming back online, the major overhang is the outbreak’s impact on global demand.

Metals and mining companies, having seen demand in Asia begin to ramp up again, are now faced with a steep demand drop elsewhere in the world, particularly in Europe. In fact, this is beginning to morph into a supply issue as well, with some supply chains coming under pressure from the more direct impacts of Covid-19 - two large copper projects have already announced that they are being impacted.

Chemicals demand is also challenged in China given the weakness in auto sales. As for technology - 5G rollout aside - demand weakness from overseas should start to feed through in the next few weeks. But we could also see positive side effects, like more demand for remote working equipment and data centres, and lower China-US trade tensions.

A high degree of volatility and uncertainty is likely to remain for some time as the outbreak spreads further and deeper around the world, but in the meantime the resilience of supply chains and trade networks emanating from China offers some cause for encouragement.