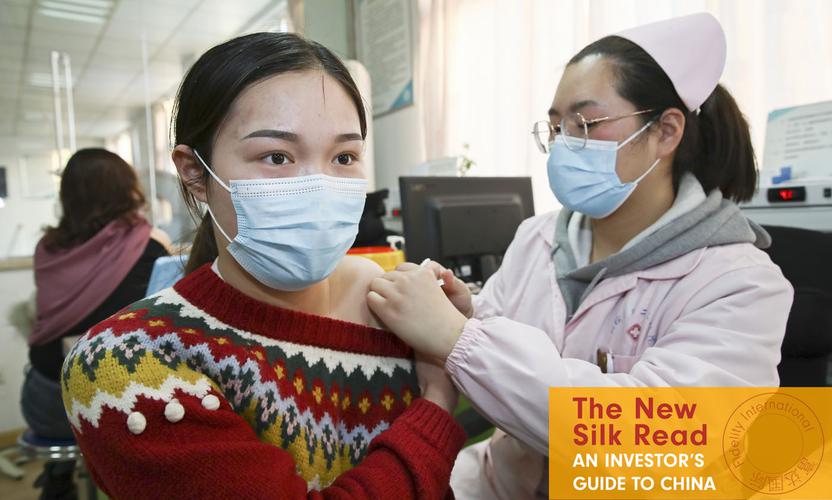 Global investors have pinned much of their hope for economic recovery in 2021 on Covid-19 vaccines, but the pace of jab rollout varies significantly among countries.

China first in, first out

In China, where spread of the coronavirus has remained well under control, about 23 million doses have been administered since mid-December, according to health authorities. Another 30 million shots may be given over the next few weeks around the Lunar New Year, which occurs on Feb. 12 this year and is traditionally a peak travel period (though less so this year).

The Chinese economy has recovered better than most, and the country is now speeding up the rollout of a domestically produced vaccine, leveraging its mass mobilisation capabilities. China’s annual GDP expansion of 2.3 per cent made it the only major economy with positive growth last year. But China isn’t alone in accelerating the rollout of vaccines - other countries quick to deploy, including Israel, the United Kingdom and the United States, generally also exhibit superior logistics power or advanced vaccine technology.

However, unlike most Western countries, China is initially prioritising working-age people - those aged between 18 and 60 - for vaccination. While such arrangement is mainly due to insufficient clinical trial results for seniors, one potential effect is that the Chinese economy will receive a boost from a better-protected labour force. With new infections having dwindled to extremely low levels in the country, elderly people who are not working are generally considered low-risk even without vaccination.

By contrast, in other countries including the UK and the US, for example, senior citizens are among those prioritized for inoculation. Younger people are generally expected to wait - in some cases until the summer and beyond. There is epidemiological and economic rationale to this approach too, as due to the scale of the outbreak in these countries, elderly people face much higher risks than those in China, and generally already occupy the most hospital beds (which are in short supply).

Inoculation strategies are evolving. Initially, the British government planned to focus on vaccinating seniors, assuming the economy could reopen after they receive protection. But recent mutations of the virus have complicated the matter, as higher viral loads threaten to create more super spreaders among young people. UK health authorities have recently widened their focus and now plan to vaccinate every adult by autumn.

Another notable difference in China is the almost complete reliance on homemade vaccines so far. China is currently rolling out a traditional inactivated virus vaccine, manufactured by state-owned Sinopharm Group, with an efficacy rate between 79 and 86 per cent based on clinical trials in different regions. Several other Chinese vaccines have entered phase-three trials.

Both inactivated virus and viral vector vaccines can be stored at fridge temperatures and therefore hold an edge over mRNA jabs in emerging markets, where cold-chain distribution networks are often insufficient. The mRNA vaccine usually requires ultra-cold conditions for initial storage and transport.

The next stage of the rollout in China

Logistics industry workers, especially those who handle imported cargo, receive high priority for vaccination in China. This is because, as the number of locally sourced cases has been kept extremely low, imported goods are considered a potential key source of infection. Other prioritised groups include healthcare workers, custom officers, teachers and those working at transport hubs.

As vaccine production picks up, deployment is becoming a purely logistic issue for China and many developed nations. China has the capacity to supply doses for half of its 1.4 billion population by the end of this year. The government’s relatively tight control over society makes it easier to launch vaccination programmes; its mobilising power in terms of epidemiological controls has been evidenced by the smooth Covid testing for millions of people within days in several large Chinese cities last year.

One of the few Western countries with comparable mobilising power is Israel, where more than 30 per cent of a 9.3 million population has received vaccination. Military support has played a key role in the nation’s vaccine rollout. In the absence of homemade vaccines, Israel has secured a large early supply by agreeing to share vaccination data with Pfizer. It could be challenging for other developed countries to make similar compromises.

In the US, President Joe Biden is working towards a goal of 100 million doses within the first 100 days of his Jan. 20 inauguration. About 27 million shots have been administered in the country so far, including some 16 million under former President Donald Trump. A lack of strong mobilising power in many states poses a key challenge.

India, the world’s second-most populous nation, has started an even more ambitious rollout plan, aiming to inoculate 300 million people by August. The country has been among the worst-hit by Covid, with over 10 million infections and some 150,000 deaths. Pune-based Gennova Biopharmaceuticals has been testing India’s first homemade Covid vaccine based on the mRNA technology. So far, India has vaccinated less than 3 million people.

Globally, more than 86 million doses have been administered across 60 countries, according to data compiled by Bloomberg.

Currently, Pfizer’s mRNA vaccine has been the most ordered across the world due to the company’s high production capacity. Meanwhile, China’s vaccines are catching on among developing nations including Brazil, Turkey and the Philippines.

The rollout of vaccines around the world is a race against time, as mutations raise concerns about their efficacy in the long term. Fast and smooth deployment would help to cement a nascent global recovery.