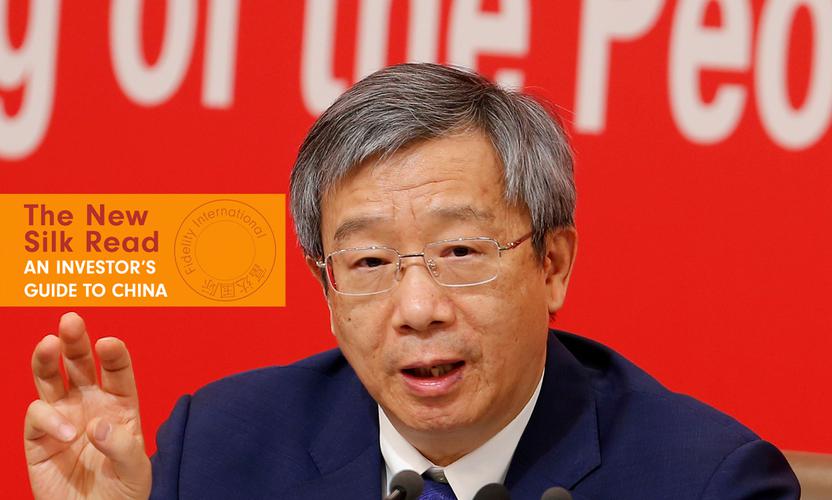 Sometimes the first cut isn’t the deepest. The People’s Bank of China has pruned rates twice since August, but by only 10 and 5 basis points respectively, compared with a recent pair of 25 bps cuts by the Fed. While China’s industrial slowdown is adding pressure on the PBoC to ease further, policymakers are constrained by factors including high consumer price inflation due to surging pork prices. At the same time, China’s central bank has been forging ahead with reforms aimed at making benchmark interest rates more aligned with banks’ actual funding conditions.

The PBoC has made clear it doesn’t plan to match more aggressive easing by other central banks, or to join a race to the bottom.

“We are not in a hurry to enact big interest rate cuts or quantitative easing policies, as some other central banks have done,” Yi Gang, governor of the PBoC, said Sept. 24 in a press conference. He also said despite some recent weakness in macroeconomic data, China’s economy is still operating in a “reasonable range” and there is plenty of buffer space for further monetary and fiscal easing.

Governor Yi contrasted China’s situation with other big economies. “Everyone is worried that if there is a real economic downturn, the monetary policy tools of major developed countries will be used up. For example, they already have near-zero interest rates, or have even adopted a negative interest rate policy.”

It’s true that China’s rates are relatively high and probably have further to fall. Traditionally, the price and volume of credit have been two key levers for China’s policymakers to control the economy. By most appearances, officials have gradually loosened their grip on both in recent years - generally scrapping loan quotas and liberalizing both the lending and deposit rates.

The PBoC’s latest attempt to make rates more market-driven is a shift to a new benchmark, the loan prime rate (LPR). China first introduced the LPR back in 2013, as a rate charged by commercial banks on loans to their best clients. It aimed to be more flexible and responsive to market demand for loans than the PBoC’s official benchmark base lending rate. However, banks largely ignored it and continued to price loans based on the (higher) official benchmark rate, which preserved their profit margins.

In August, the PBoC changed the way the LPR is calculated to better reflect real commercial lending rates, and to bring it closer in line with the PBoC’s medium-term lending facility (MLF), which is determined by financial system demand for liquidity. The one-year LPR was set at 4.25 per cent in August, 10 bps lower than the previous benchmark lending rate. It was further cut to 4.2 per cent on Sept. 20.

Policymakers hope the shift to the new LPR as a benchmark will help meet these challenges. The PBoC has pledged to strictly monitor banks’ implementation of the LPR according to a so-called “358” target, under which it re­quires at least 30 per cent of new loans made by na­tional bank­ing-sec­tor fi­nan­cial in­sti­tu­tions ap­ply the LPR by the end of Sep­tem­ber, rising to 50 per cent by the end of De­cem­ber and to no less than 80 per cent by the end of March next year.

Despite these and other measures, like recent cuts to the reserve requirement ratio for banks, China’s overall loan growth has been slower than expected. Still, we think this gradual pace of rate reductions will continue to prevail. Lowering borrowing costs too quickly could make commercial banks more hesitant to lend given the macroeconomic outlook and signs of stress among smaller and regional lenders.

And upon closer examination, policymakers still show signs of tight control over banks. For example, they have kept the MLF rate unchanged despite the recent cuts to the LPR, essentially urging banks to reduce their own profit margins.

Other factors are limiting the scope for further or deeper cuts. Consumer price inflation, spurred by rising pork prices, could be top-of-mind for policymakers. August’s consumer price index rose 2.8 per cent year-on-year, and 3 per cent is the PBoC’s annual target limit. But within this mix, pork prices increased 47 per cent year-on-year due to supply shortages caused by African swine fever. This was the fastest growth in eight years and added 1.1 percentage points to CPI growth.

Preventing a housing bubble also remains a key focus. Starting October 8, banks must use the LPR to set lower bounds on the cost of new mortgages for home buyers. PBoC Vice Governor Liu Guoqiang told reporters in August that policymakers do not want to see further declines in mortgage rates.

While spreads in China’s onshore bond market have widened to reflect greater risk differentiation of issuers and allowance of defaults, at current levels they also suggest a lack of doom and gloom among investors. Whether the recent measures will boost credit transmission into the real economy, particularly to smaller privately-owned enterprises, is an open question.