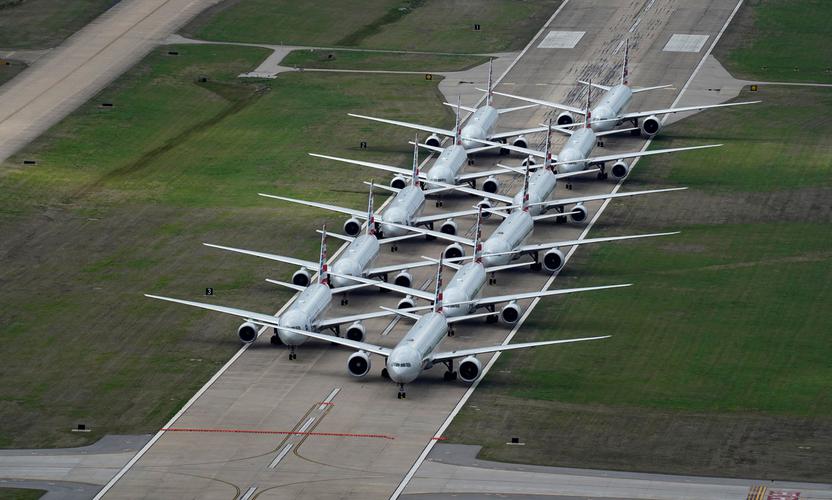 Companies and sectors that were over-leveraged or which largely ignored environmental, social and governance (ESG) issues are suffering the most from the economic shutdown.

As a result, we are entering a new paradigm in which the companies most likely to survive are those with robust balance sheets, sustainable business models, better ESG characteristics and - where of national importance - state support. That government intervention may be beneficial or dilutive for investors, depending on how it is structured.

“Politically sensitive areas are already receiving government support. And there’s a term we thought we’d left behind in the financial crisis - national champions. Some banks were clearly better supported back then than others. That’s going to happen at a scale we have not seen before across the economy,” says Andrew McCaffery, Chief Investment Officer.

PODCAST: For more on the post-pandemic world and who the winners will be, listen to our Fidelity Answers podcast featuring Paras Anand, Ned Salter and Aneta Wynimko.

Financial support in return for nationalisation

Just as some banks were partly or fully nationalised during the financial crisis, systemically important companies may well receive government money, but only in return for a claim on future earnings, via loan repayments, convertible bonds or direct equity stakes. In the UK, for example, the government is discussing taking stakes in some airlines in return for a bailout. It is not yet clear how unprecedented amounts of borrowing undertaken by companies and governments to cope with the crisis will be paid for.

Sustainability, from a business model and a stakeholder perspective, is becoming critical to company survival. Those (often old economy) business models that used leverage to stay afloat even as they were being disrupted by newer players have come under real pressure in recent weeks, for example, as more services move online.

For stakeholders, the importance of total social returns from corporate activity has intensified. We all rely on supermarkets to keep food supply chains going and manufacturers to switch to making vital medical equipment for health services, as well as for company dividends to provide incomes for retirees. Firms which have not treated staff well under the current circumstances have damaged their reputations.

“ESG was perhaps viewed as something of a luxury in a bull market. In a bear market, it is critical,” says Romain Boscher, Global CIO, Equities.

Sectors such as oil that already faced long-term structural decline due to ESG concerns have seen what sudden death might look like. The risk of holding energy assets that may be stranded in the future has been brought into sharp relief by the rapid collapse in demand, and compounded by Saudi Arabia flooding the market with supply to undermine oil producers elsewhere.

“Active managers can use ESG frameworks to draw out the individual qualities of companies, how they are operating and where they are making strides to meet investor expectations and protect them through more challenging times - as well as attracting capital as we move back to more normalised markets,” says McCaffery.

The current crisis is changing not only how investors think about companies, valuations and portfolio construction, but also the nature of risk itself. During the recent dash for US dollars, traditional safe havens, such as gold, did not perform as expected. And with rates on government bonds at historic lows, investors are receiving little compensation for the growing risks associated with hugely expanded sovereign balance sheets.

“This crisis will massively impact investor perceptions. There are no more places to hide. So you just have to arbitrage between various forms of risk. The notion of risk-free investment has disappeared.” says Boscher.

With many government bonds no longer offering past levels of insurance and return, it is worth focusing instead on which companies will recover a portion of their pre-crisis activity and which will go on to outperform over the coming decade. Tomorrow’s winners are still likely to be the strongest corporations, with good managements and flexible balance sheets, but also those which can operate in a more state-dominated market and take advantage of a more digitally connected world.