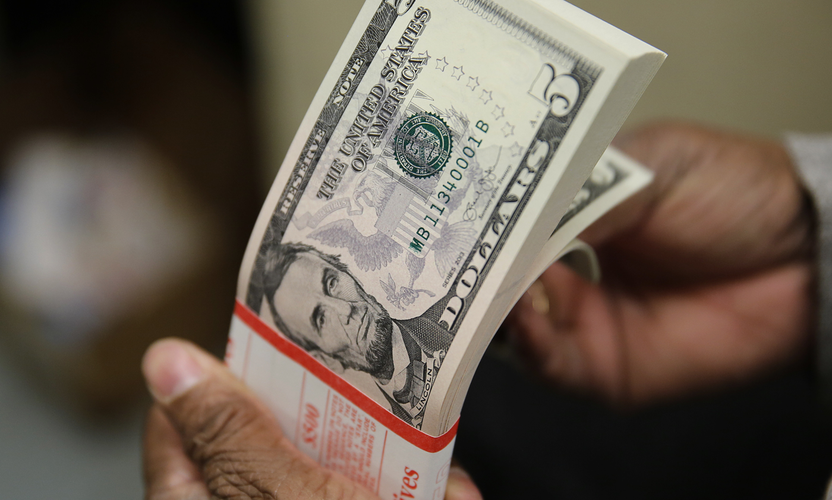 In recent weeks, the US dollar has benefited from a flight to safety among investors and companies globally. This dash for dollars has caused spreads to widen across the credit spectrum, even among traditionally more liquid government bonds and money markets.

But as the Federal Reserve ramps up its huge monetary stimulus - including unlimited quantitative easing - there are signs of stabilisation in markets and even potential areas of value developing. Fed action on this scale is crucial to restoring market confidence and will provide a powerful tailwind when the virus is contained and economies reopen, but it has longer-term implications. Combined with an initial fiscal stimulus of $2 trillion, it could eventually weaken the dollar and prove inflationary in the next few years.

“I have been a big dollar bull for many years” says Steve Ellis, Global CIO, Fixed Income, “The relative interest rate and growth differential has been very supportive. But when I see the scale of monetary and fiscal stimulus coming out of the US, the end game here seems to be a weaker dollar. It is reminiscent of the post 1929 era and the way out of the Great Depression.”

Dollar devaluation during the Great Depression

At the height of the Great Depression in the 1930s, the Fed departed from the gold standard, devaluing the dollar against the gold price by 40 per cent from $20 to $35 an ounce. In 1934, a British pound was worth $5. Today is it worth less than $1.20. This event marked a shift towards looser monetary policy, even as government spending went into overdrive under President Roosevelt’s New Deal.

According to the Oxford Review of Economic Policy[1], “the shock of a new policy dogma reversed deflationary expectations that contributed to most of the recovery.” The Fed later tried to combat potential inflation from this stimulus through increases in reserve requirements, but overshot and triggered a downturn in 1937-8.

Fed throws everything at Covid crisis

This time round, the unprecedented levels of liquidity provided by the Fed to the market will eventually feed through into more encouraging market signals, inducing psychological calm and easing credit conditions. The Fed has thrown everything it can at the crisis, including expanding the types of assets it can purchase to include corporate bonds.

“As we stand today, it is important to realise that much of this intervention will have a positive economic and market impact, but it will take time. Authorities are creating enormous liquidity to support the system. As we see it finding its way to the right hands, asset markets will respond more favourably,” says Andrew McCaffery, Fidelity’s Chief Investment Officer.

Certain areas appear closer to being oversold. High yield spreads have widened from c.340 to 1050 basis points since the start of the crisis and global high yield markets are implying an extreme default rate of 12.5 per cent. While it is too soon to be “buying the dip”, we expect opportunities may start to emerge in the coming weeks as volatility continues to retreat from very elevated levels.

McCaffery says: “What you have here is a classic de-risking in a market where large amounts of money have chased yield despite the exit door being small (due to smaller bank balance sheets post regulatory changes). This has exacerbated market moves. Once the dust settles, however, we should see some compelling valuations in credit markets.”

In equity markets too, a significant loss in earnings from Covid-19 impact is now closer to being priced in, even if the modelling on the spread of this new virus doesn’t yet tell us how long it might take to contain or for economic restrictions be lifted. There are encouraging signs in China as Hubei province opens up, and initial indications that new cases in Europe are slowing, but uncertainty remains high.

Keep an eye on dollar liquidity

In the meantime, it remains important to keep an eye on dollar liquidity and how it moves through the global financial system via FX swap lines between central banks and flows to those desperately needing US dollars. The facility was introduced by the Fed during the 2008 financial crisis, and is now proving critical again in keeping funds flowing around the world.

“When there is a scramble for dollars, it puts stress on the interbank dealing market; corporates go into the forward market to lock in dollars and you see that basis spread in the cross currency widening out. The three-month euro/dollar basis went from zero to -80 basis points in mid-March and is now back close to zero. So that’s one gauge that shows thawing in markets,” says Ellis.

As well as a weaker dollar, the result of Fed measures to stave off a deflationary cycle as economies shut down could well be inflation. At present, 5yr-5yr forward inflation breakevens are pricing in inflation of 1.3 per cent - well below the Fed’s 2 per cent target.

Inflation may have eluded central banks over the last decade, but this time economic demand has been postponed rather than destroyed. Therefore, as the crisis eases, the massive combined monetary and fiscal stimulus in the US, Europe and China may lead to higher prices, helping to inflate away the vast debt levels that have built up globally over the last 20 years, and must rise further as countries borrow to bail out businesses hit by the shutdowns.

“Given the scale of the stimulus to the global economy, I believe the 2020s could prove an inflationary environment. So I think there will be opportunities among inflation-linked bonds, and also real estate. You may have debt moratoriums, but inflation is the way out here, the end game, for central banks. But it’s difficult to bite the bullet and invest today. First, we need some calm to return to markets”, says Ellis.