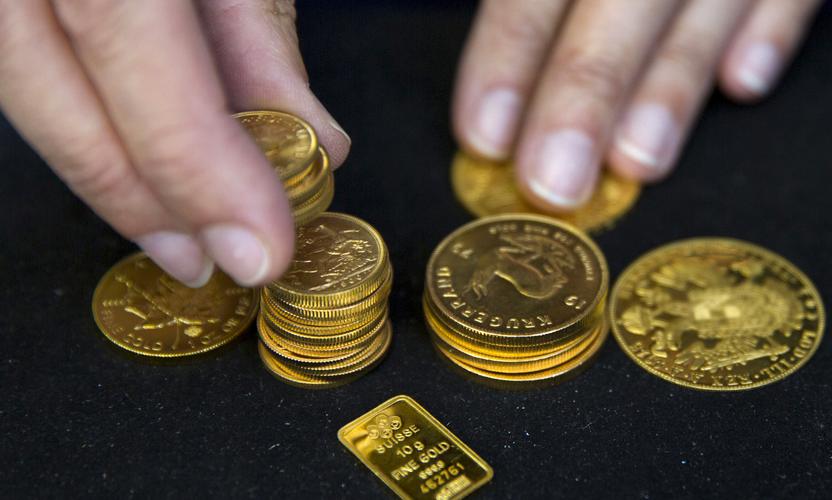 Gold can be a contentious topic, given its breadth of stakeholders and price drivers. Investors often consider it a safe haven when market panic reigns; although, that’s certainly not the current scenario, judging by the tranquil VIX index and US stocks touching all-time highs. Instead, gold’s primary catalyst of late has been the real rate of interest. In other words, the price of gold tends to rise if interest rates are falling or inflation is rising.

The meteoric rise in gold prices between 2000 and 2012, for instance, happened in lockstep with a steep drop in the inflation-adjusted US10-year Treasury yield. This trend accelerated during the 2008 financial crisis and the ensuing years of central bank easing. The gold price eventually subsided after 2013 and then plateaued during 2016 through 2018, topping out around $1,350 as the Federal Reserve began to hike rates and rein in liquidity.

But the Fed’s hawkish bent has reversed this year on growing concerns that a global economic slowdown might be imminent. Indeed, many major central banks have resumed their dovish rhetoric, helping drive gold to six-year highs and long-dated government bond yields to corresponding lows.

In the event of a slowdown or recession, we are more likely to see deflation than inflation, which is generally negative for gold prices. But not always. There have been plenty of instances in the recent past where deflation has been accompanied by both a strengthening US dollar and rising gold prices. This is mainly during risk-off periods like the Global Financial Crisis of 2008, Eurozone crisis of 2010, and Asian equities turmoil in 2016.

Besides, any deflation is likely to be fleeting. In response to the threat of deflation, monetary policy would likely move to a maximum level of easing. However, since central banks have less ammunition than they did in previous easing cycles, governments will probably be forced to lever up and unleash more fiscal stimulus. This could trigger more inflation than post-2008, when we saw loose monetary policy paired with tighter fiscal policy.

While it might not play out precisely like this, gold is the only metal which could outperform during both a deflationary recession as well as an inflationary policy response. After eight years of consolidation and a recent resurgence, we think gold is more likely to climb to $1,700 over the next 5-10 years than fall back to $1,000.

We think this could benefit Australian gold mining stocks, which have also been bolstered by a weakening Australian dollar. The currency has recently been grinding lower due to China slowdown risks combined with the Reserve Bank of Australia’s easing path. The latter is likely to continue, making the Australian dollar less appealing for currency arbitragers to buy and hold.

Despite having sustainable macro tailwinds like dovish central banks and slowing economies, gold stocks are not likely to rise in a straight line. That’s because most of the sector’s investment flows are driven by passive gold ETFs that are insensitive to valuations, but instead chase gold price momentum. Investors who are more active could try to buy on dips and sell into rallies for a chance to outperform.