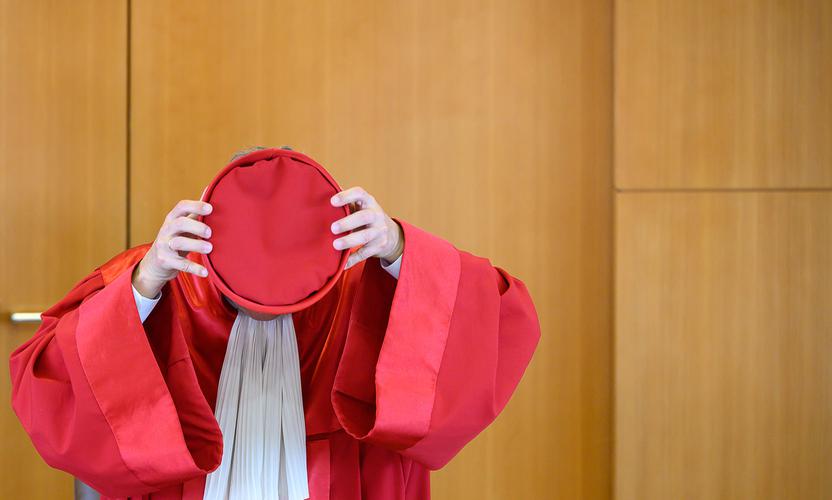 The court ordered the German government to ensure the ECB carried out a “proportionality assessment” of its vast purchases of government bonds and threatened to prevent the German central bank, the Bundesbank, from making further asset purchases and potentially selling off existing holdings if the ECB failed to comply within three months.

The general expectation is that the ECB will be successful in proving that its purchase scheme was necessary and “proportional”, but further expansion of stimulus will likely be harder. The ruling also does not bode well for the ECB’s Pandemic Emergency Purchase Programme (PEPP) which relaxed Public Sector Purchase Programme (PSPP) rules and will also probably be challenged in court. This means the ECB will potentially have to heavily frontload PEPP at the next meeting in June, so in the short term this shouldn’t be a major issue.

But beyond the current crisis, the ruling raises two fundamental questions. The first is that if the ECB is constrained on quantitative easing (QE) by this decision, this would affect its ability to meet the inflation target. Reduced QE might de-anchor inflation expectations in a big way, which is especially dangerous at a time when Europe is about to see crisis-induced deflation. This may mean that the ECB will have to cut rates more aggressively into negative territory.

Secondly, the ECB will have to come up with some mechanism to limit any “retroactive risk-sharing” which appears to be the main problem for Germany. This places more pressure on the European Commission and its Recovery Fund proposal. While this could be a good thing if this does result in a larger fund, in practice it adds another layer of uncertainty and points to downside risks to recovery throughout 2020-2021. The Commission has already said that the Euro region economy is set to shrink 7.7 per cent and has warned that the expected uneven recovery risks widening the gulf between Northern and Southern nations, exacerbating the threat to the single market and the Euro area.

Market reaction to the ruling was initially muted with the Euro giving up no more than 0.6 per cent to the US dollar while Bunds - supposedly the asset most at risk due to potential Bundesbank selling - closed firmer. The market view that the ruling is more of a risk to periphery regions than Bunds due to longer-term risks to ECB firepower meant that Italian BTPs closed wider, albeit not unusually so, given recent volatility.

Overall, we need to balance the lure of lower-for-longer/forever rates on the one hand with the associated hunt for yield and with the macro risks on the other. Specifically, in Europe, these risks relate to the tail-risk of Italy and a potential break-up of the Eurozone, never far from investors’ minds when the region shows material weakness. If there is a potential positive in all this, it may be that European political authorities may have to consider that the ECB appears closer to hitting its limits, pushing them to come up with the required long-term fiscal response - and the German judgment may have accelerated that move.

Meanwhile, the Bank of England (BOE) held rates at 0.1 per cent and refrained from launching any new stimulus. The central bank warned that the lockdowns to prevent the spread of Covid-19 had resulted in a sharp fall in economic activity and a marked rise in unemployment. With a decline in consumer confidence, household consumption has fallen by 30 per cent. Companies’ sales are expected to be around 45 per cent lower than normal in the second quarter of 2020 while business investment has declined by 50 per cent.