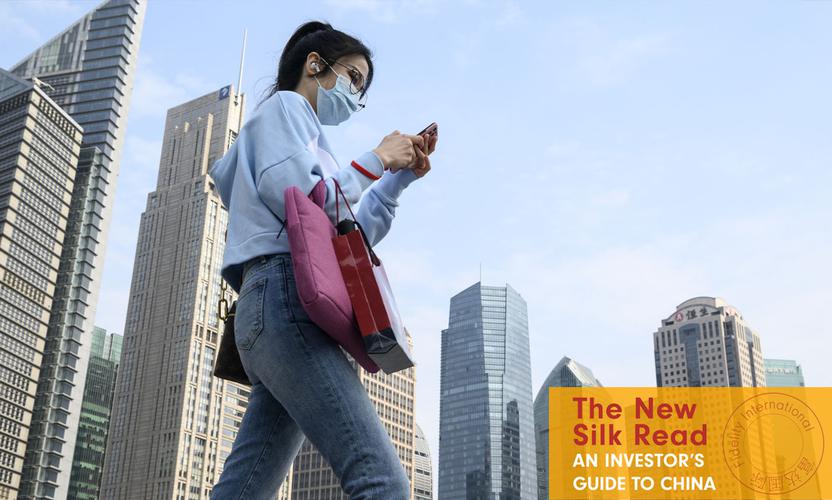 Necessity is the mother of invention. From online grocery delivery to e-learning platforms to virtual doctor consultations, the disruptions to daily life in China from the outbreak of the Covid-19 coronavirus have been forcing consumers and companies to adapt in quick-fire fashion with online solutions to offline needs.

Observers attempting to gauge the dimension of disruption to China’s growth have been locked in a debate over whether demand is being permanently destroyed or just temporarily delayed. But that dichotomy misses a key dynamic: some demand is simply being transformed.

Business is roaring for online grocery companies in the mainland, as people stay away from brick-and-mortar venues to minimize contact with others. Daily active users of grocery apps nearly doubled from a year ago to about 10 million during the Chinese New Year holidays (Jan. 24-Feb. 2) and further increased to 12 million in the two weeks through Feb. 16, according to data compiled by Quest Mobile. Hema, the grocery unit of e-commerce giant Alibaba, saw its app users surging 128% in the holidays from a similar period of 2019.

Tens of millions of people have been locked down across China for weeks, as the government imposes tough quarantine measures in what state media call a “war” on the virus. Many residents in outbreak neighborhoods are not allowed to leave their apartments, while others are restricted to one trip out in, say, every other day. The city of Shenzhen suspended more than 200 bus routes and shut down some subway stations in early February.

Out of necessity, new users including senior citizens have learned how to place grocery orders and make payments on their smartphones. Many of them will likely remain users even after the outbreak ends, as online retailers vie to offer discounts as well as convenience. Amid travel curbs, some of the less tech-savvy elderly also learned how to play mahjong with their friends online.

Online education has emerged as another big beneficiary of the outbreak, with schools shut and millions of children confined home. Active users of Chinese e-learning platforms have jumped 22 per cent in the holiday period from a year ago, while average time spent per day has increased 30 per cent, Quest Mobile data show. Companies like TAL Education and Koolearn Technology stand to benefit from the nationwide adoption of virtual classrooms and digital learning. There is a good chance Chinese parents will keep using their services beyond the outbreak.

Infection risks arising from large gatherings have spurred demand for virtual workplaces. Alibaba’s DingTalk and Tencent’s corporate WeChat are both strained by an explosive user growth in the last few weeks. Active users of WeChat mini-programs for business have nearly tripled since early January. While the usage of virtual workplaces may retreat when the outbreak ends, their popularity will no doubt stay above pre-coronavirus levels.

Healthcare services, including consultation and drug sales, have also seen an online boom, with people avoiding hospital visits to minimize infection risks. App users for health platform DXY and e-pharmacy Jianke have both more than tripled from a year ago. Many users will probably stick around after the outbreak, as China encourages online services to ease burdens on the country’s healthcare system.

Some sparkles of growth, however, will come and go with the coronavirus. Online games and video services are enjoying a spike in users, simply because people have more time to kill while being forced to stay home. The game units of Tencent and NetEase stand to benefit, but it’s hard to see their current high growth lasting beyond the outbreak.

The outbreak has forced companies in some of the oldest trades to blaze an online trail. Property developers, for example, are making efforts to sell homes electronically with the aid of virtual-reality technology. China Evergrande announced this month that it had received online orders worth 58 billion yuan in just a few days. Despite such claims, the effectiveness of online home sales remains unclear, given how expensive homes are compared to most consumer goods and services.

New growth driven by the coronavirus won’t be enough to offset online consumption lost in the outbreak. E-commerce in general is facing a possible sales decline in the first quarter, while online travel companies are expected to take a hard hit as planes and trains were grounded. Alibaba has warned of a negative impact on its revenue growth in the current quarter, with near-term challenges facing the company’s “business across the board”.

The SARS outbreak of 2003 triggered an unprecedented wave of internet adoption in China and helped to mint tech billionaires like Jack Ma and Richard Liu. The impact of the current epidemic, however, will likely pale in comparison, as the country’s internet and mobile use is already among the world’s highest. Chinese people spend on average more than 3 hours a day on mobile and it seems hard to further boost that.

Although China sailed through a slowdown in the first half of 2003 with monetary and fiscal stimulus, it will be difficult to rely on just easing and infrastructure spending to counter the Covid-19 impact. Private consumption is playing a greater role in the Chinese economy, while a property bubble and extensive infrastructure projects are limiting the scope for old-fashioned stimulus. The new wave of online adoption will have heavy lifting to do if it is to ease the short-term drag on consumer spending, but the deeper gains from the shift are likely to become evident over a longer time frame.