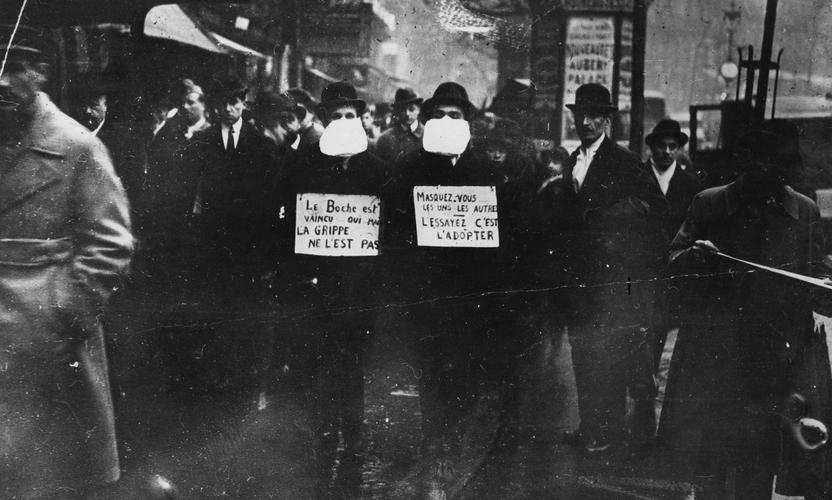 The GFC was a balance sheet recession

However bad this crisis is, it is not the Global Financial Crisis. The GFC was a balance sheet recession triggered by a collapsing housing sector and a dearth of confidence in banks. Housing is the biggest source of consumer wealth with a value of about $11 trillion, so big price falls or lending squeezes can trigger structural slowdowns. There have been only two housing busts in the US in recent memory- in 1929 and 2008/2009. Both of these led to significant and prolonged economic slowdowns and it took a long time for the system to heal and the economy to recover to its potential. This time, the travel, tourism and retail sectors are the most vulnerable, but the overall time to recovery could be shorter if previous trends hold.

In my view, rather than looking back 12 years, we should explore the events of 102 years ago. This is because the Covid-19 crash is an event-based crisis that in some respects is comparable to the 1918-1919 pandemic flu. Then, the recession lasted only seven months, despite the second wave of infections in autumn 1918 being more deadly than the first.

During the 1918-1919 pandemic, already reeling from a world war, 5 per cent of the global population died and one-third got infected. We are already in the second month of this event globally and our health systems are much better organized than they were in 1918, but it remains to be seen how the virus will progress and how soon it will be contained.

Nonetheless, it is useful to consider the extent of past event-based crises versus structural and cyclical ones, especially as China’s new case data has improved every week since the start of March, and the country is close to normalizing in several areas.

Travel, tourism and retail will see the biggest impact this time

As we saw first in China, then in Asia and then across the world, the most immediate impact from virus containment measures has been felt in the travel and tourism sector. Given the sector accounts for 10.4 per cent of the global economy and employs 10 per cent of the global workforce, the knock-on effects will be significant. It takes an average of around 19.4 months for the sector to recover from epidemics, according to the World Travel and Tourism Council, longer even than the 11.5 months required to snap back from terrorist attacks. Airlines, cruise liners, hotels, restaurants and associated sectors in their supply chains will all suffer in the coming weeks and months, and it will take them at least until next summer to normalize.

Bricks and mortar retail will lose out further to online as footfall drops precipitously over the next two quarters. The sector has been struggling for a while, and the decline in consumer confidence and increase in credit stress makes it likely that a number of businesses will go to the wall.

While there was no internet in 1918, a variety of businesses were affected. Economic data from the time is scarce but according to a 2007 study of the 1918 pandemic by the St Louis Fed, newspaper articles from Little Rock, Arkansas, show that merchants said business decreased by 40-70 per cent during the outbreak, while retail groceries fell by one-third. The only business in Little Rock that saw an increase in activity that year was the drug store.

Back in the present day, financials, especially banks, have taken a big hit and are trading well below tangible book value, with dividend yields much higher than US treasuries. Investors are repeating their GFC playbook by selling these stocks, assuming that banks will suffer as they did then. However, I believe the US banking system is more resilient than in 2008, with much better risk controls and significantly more capital. Most of the credit risk now resides with non-banking financial companies like private equity, venture capital, hedge funds and insurance companies. They will incur the biggest losses while I expect banks to ride through this in a similar fashion to how they fared in the 2001/02 tech bust.

Industrials, meanwhile, had already started to recover from a slowdown and have seen this all before. With China starting to come back and inventories drawn down in the system, I expect industrials to recover faster than consumer sectors over the next six months. And with over 75 per cent of equities overall offering higher yields than US treasuries - a record high - the risk/reward ratios are looking more favourable over the medium term, as we weigh up the economic impact of the virus versus the magnitude of the monetary and fiscal response.

While 2008 is still fresh in the minds of market participants, this shock will play out differently, with tourism, rather than banks, at the epicentre.