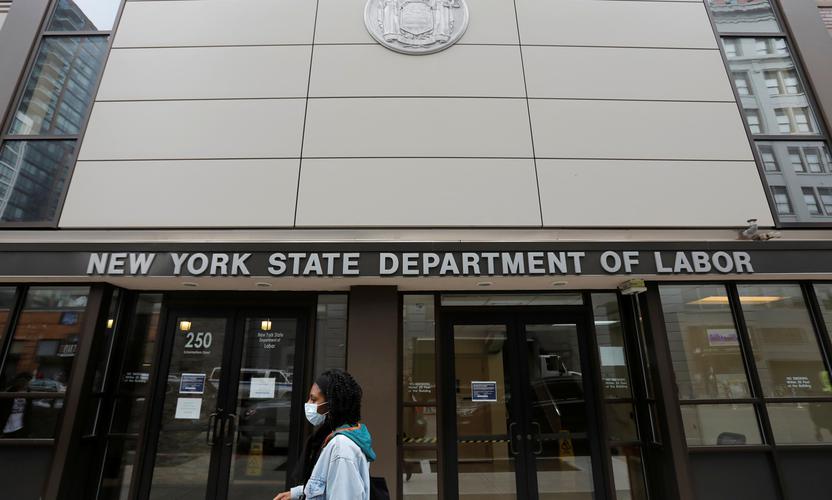 A key difference between the Covid-19 crisis and the Global Financial Crisis of 2008 (GFC) is the size and speed of the monetary and fiscal policy response. The arsenal of tools revived by the Federal Reserve to support liquidity and the government’s $2.2 trillion ‘Phase 3’ fiscal package have introduced some stability since the end of March; the corporate bond markets have reopened, and there’s been a modest retracement of losses in stock and credit markets.

Despite this, the global economy has yet to stabilise and markets are vulnerable to a further drawdown. The magnitude of job losses in the US, almost impossible to comprehend, poses systemic risks. Based on the 10 million jobless claims filed in the last two weeks of March, the U-3 unemployment rate, the most common measure of unemployment and which represents those actively seeking a job, is currently around 9.5 per cent. But the country is only part way through the lockdown phase and its already approaching the U-3 peak during the GFC of 10 per cent. This time around, peak unemployment could reach the mid-to-high teens.

A decade of job gains and household deleveraging undone

A third or more of American workers could be supported by some type of government financial assistance during the virus-related lockdowns. In a conversation Fidelity held with former Treasury Secretary Larry Summers, he identified that around 40 per cent of US jobs were at risk, potentially reversing a decade of employment gains since the GFC. Even workers who are not laid off or furloughed might receive indirect benefits via government support and subsidies for the corporate sector.

This period of mass unemployment could drain American workers of their savings, particularly if the cash benefits take longer to reach recipients than the two-week figure floated in the press. Additionally, the extra $600 per month unemployment insurance benefits stipulated in the Phase 3 package expire after 13 weeks. It is highly optimistic to think that laid off workers will resume employment in just over three months.

If cash coming into households does not match outflows, individuals will be forced to rely on their credit cards or defer payment on essentials such as mortgage/rental payments and utility bills (though not food). In this scenario, consumer debt will increase, reversing the deleveraging underway since the GFC and leaving household finances in a weakened state. This makes the chances of a quick rebound in consumption diminish with every passing day of the lockdown.

Arrears could lead to a second market downturn

As households and corporations burn through cash, the temptation to defer or skip bill payments will grow. There have been efforts at organised debt forbearance for households already, including deferring payments on federally-backed mortgages and student debt. Signs of stress in the commercial real estate market are appearing, notably with the Cheesecake Factory declaring that it will skip April’s rent payment.

As the GFC showed, non-payment in the real economy can infect the financial markets. Back then, defaults on mortgages and rent toppled valuations in the mortgage-backed securities market, setting off a global cascade. We will only know how resilient the current financial system is to a massive wave of arrears, if and when it occurs. We will know in real time if the Phase 3 package is enough to keep American households and businesses afloat.

The US worker and consumer: supporting one supports the other

The US consumer accounts for 70 per cent of US GDP and is therefore the engine driving the economy and corporate earnings. At the end of 2019, the confident consumer was the single most important support propping up the US economic outlook. With consumer confidence plummeting amid the lockdown, it will take a heroic policy effort to jump start a virtuous cycle of hiring, consumption and growth.

The US government has an opportunity to rebuild, literally, once the country has emerged from lockdown and the health risk has passed. By introducing a comprehensive investment and jobs act directed at productive assets, such as infrastructure or green infrastructure, the government can incentivise private industry to put people back to work. This will put money in the pockets of consumers and restart the virtuous cycle. While some fear a long period of low rates and no inflation (Japanification), there is a path to growth and reflation through well-planned investment.

In the short term, it makes sense to conserve a prudent liquidity cushion in portfolios, as an unprecedented wave of layoffs in the US has yet to wind its way through the international economic and financial system. Over the longer-term, the key signal to watch is the political willingness and ability of the US government to introduce a transformative rebuilding and jobs program. Without it, the US economy will face a long period of malaise; with it, the US can be a driver of global growth and prosperity.